At Uptown's Xolo, a Menu Long on Good Intentions Falls Short on Execution 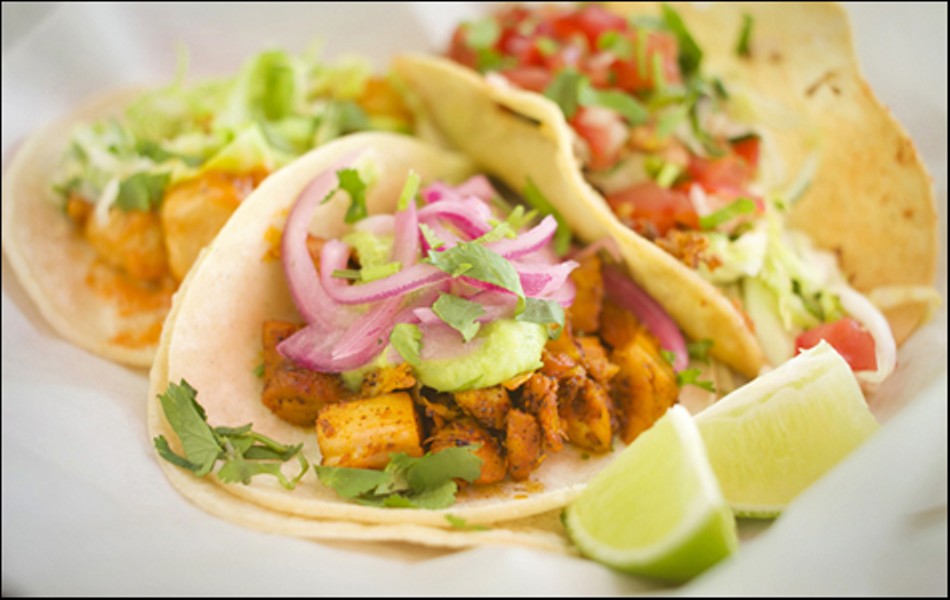 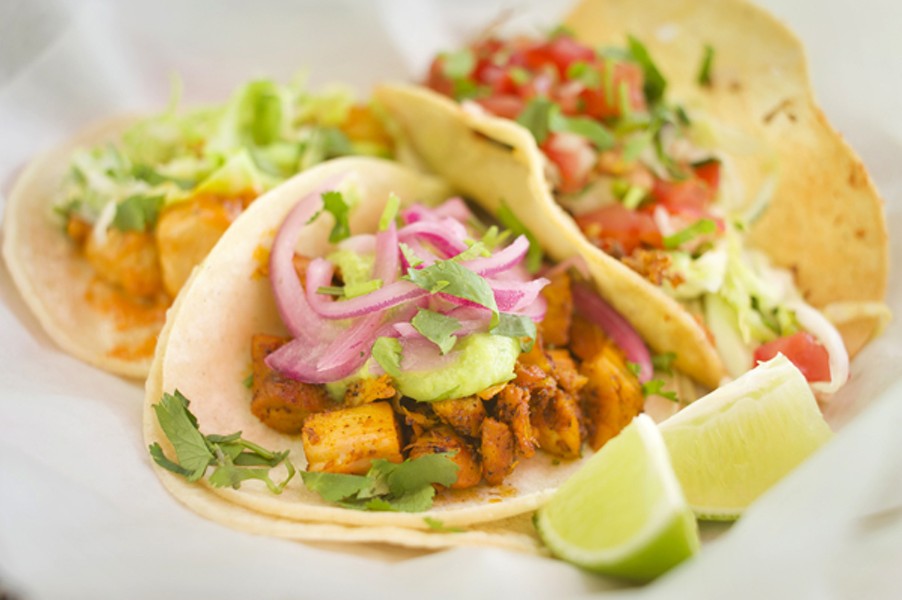 Chris Duffey The tacos promised more than they delivered.

Open up a taqueria in Oakland and you'll find that the shadow of Fruitvale looms large. I won't be the first food writer, or the last, to wax poetic about East Oakland's Mexican food: the steaming bowls of pork pozole, the little carts selling chili-and-lime dusted fruit, the crispy tripas and tender cabeza — all those wonderful, offal-ly bits.

Also: the sense that you're tapping into a dining experience that's grittier and un-gringoized. That it's safe to say you're not in Chipotle anymore.

I thought about this specter of authenticity when I visited Xolo (pronounced "show-low"), the semi-upscale Uptown taqueria where the decor is a mash-up of old Mexican movie posters and kitschy Catholic iconography and where the crowd skews twentysomething and hip.

Opened last year by the people behind Doña Tomás and Flora (right next door), Xolo mirrors its sister restaurants in its emphasis on mostly-organic, sustainable ingredients — but it's also strictly a casual, order-at-the-counter operation. Co-owners Dona Savitsky and Thomas Schnetz already run a taqueria in Berkeley — Tacubaya on Fourth Street — but at Xolo the menu is more stripped-down, consisting almost entirely of tacos and burritos, each with some California-inflected twist.

For her part, Savitsky acknowledges the comparisons customers make to traditional taquerias in Fruitvale — more in terms of price than authenticity. Why should we buy your tacos, the line of reasoning goes, when we can get them off a truck for half the price? Why isn't your burrito the size of my forearm?

In other words, haters gonna hate.

Savitsky argues that the value added lies in the quality of the ingredients — e.g., meat that's hormone-free and not of questionable provenance — and in the fact that they make everything from scratch right there in the restaurant.

I'm cool with that. But here's my gripe: If you're going to make a big deal about the quality of your ingredients, shouldn't you honor those ingredients by cooking them properly? During each of my meals at Xolo, with dish after dish — from the most basic to the most ambitious — there were fundamental flaws with one or more components. As it turns out, the biggest problem with Xolo isn't a matter of authenticity or value, but of execution.

Take something as simple as an agua fresca, that Platonic ideal of a light summer drink. At Xolo, the mango agua fresca was bland, and too thick and syrupy to be truly refreshing. The rice-based horchata was even worse — the chalkiest version I've ever tasted.

More promising was the camarones taco, which was topped with small batter-fried shrimp and a sweet chile de árbol aioli. The combination brought to mind Chinese honey-walnut prawns, and not in a bad way. But the corn tortillas were a bit hard and stale-tasting. Rule number one if you run a taqueria: Make sure your tortillas are in order. At Xolo, across the board, they were barely reheated and not much of a step up from what you can buy in the supermarket.

The beef taco also promised more than it delivered. With a crispy tortilla shell, mellow queso fresco, a spicy cabbage slaw, and chunks of shredded braised beef, this was a well-balanced combination of ingredients. Alas, nothing could save the fact that the beef itself was dry and under-seasoned.

Overcooked meat also helped ruin the surf n turf burrito, which, in addition to the tough carne asada, was a muddle of indistinct components: Shrimp was present, but all I could taste was cheese and beans.

Only the breakfast burrito — available all day — was unimpeachable. Scrambled eggs, chorizo, and potatoes are a classic combination, and the addition of barely-hot pickled jalapeños added a bright tang. But isn't that the most damning thing? After working my way through nearly two-thirds of Xolo's menu, the slightly overpriced ($7.95) breakfast burrito is the only item I'd recommend without reservation.

Thing is, on the surface there's a lot to like about Xolo: Even though it's basically cafeteria-style seating, the newly expanded dining room is beautiful, with bright periwinkle walls and high wood-beam ceilings. On a sunny day, the light pours in through the large skylights up top. And while the bar is set pretty low, you'd be hard-pressed to find better taqueria options if you're a vegetarian: The spicy red chile pozole is a decent option, made heartier by the addition of thick-sliced crimini mushrooms.

Besides, when you read the menu, everything sounds so promising and fun. There are hard-to-find items like the vampiro taco — named as such, supposedly, because of the layer of fried cheese that's added to the tortilla, causing it to resemble a bat's wing. I liked the added crunch of the cheese in Xolo's version, but once again the meat (pork al pastor) was overcooked and dry.

Perhaps the single item that I'd most looked forward to trying was the "Danger Dog," Xolo's version of the bacon-wrapped hot dogs prevalent in San Francisco's Mission district. Here, they pile everything but the kitchen sink onto a sturdy toasted bolillo roll: the wiener itself, Niman Ranch bacon, pickled carrots and jalapeños, chunks of avocado, pinto beans, mayo, mustard, even some cracked peppercorns.

"It's like a party in your mouth — only you're not really sure what kind of party," my friend, Chris, said diplomatically.

I'll be more blunt. This was a disaster, a college dorm-room experiment gone awry, another muddle of indistinct flavors and textures. But the Danger Dog could have been so great — if the bacon had been crisp instead of limp and barely noticeable, if the dog had a better snap to it, if two or three ingredients had been subtracted.

But it was a good idea, wasn't it?