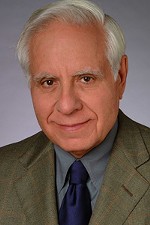 Oakland A’s co-owner Lew Wolff said team officials met last Monday with an architect regarding a potential ballpark at the current Coliseum site. His comments came following a vote Wednesday morning by the Coliseum Joint Powers Authority (JPA) to finalize a new lease agreement to keep the A’s in Oakland for, at least, the next three years.

Wolff struck a conciliatory tone during a press conference Wednesday and said the team is serious about finding a suitable site for a new ballpark in Oakland. Wolff also voiced a willingness to work with the Oakland Raiders for a stadium of their own on the same property. “We’re on a winning streak with both the JPA and in Major League Baseball and want to continue both,” said Wolff. Wolff, however, also suggested other sites for a new baseball park are still play.  As part of our arrangement here, we said, we’re going to make a serious effort to look at the feasibility of doing that as well as any other site.”

Although Wolff has long preferred a site for the A’s in San Jose, a reporter asked if he has had a change of heart about Oakland. “I haven’t had any change of heart. I’ve always loved Oakland. I love our fans, but we also have to have a new venue, so that’s what we’re trying to do.”

Alameda County and Oakland officials, including Oakland Mayor Jean Quan, along with Wolff, signed baseballs for charity following the 6-0 vote to officially approve the lease deal. The JPA approved a previous iteration of the agreement on July 3, but changes by the Oakland City Council temporarily complicated the deal, requiring both the Alameda County Board of Supervisors and the JPA to approve the changed pact.

When it comes to possibly sharing the Coliseum property with a new stadium for the Raiders, Wolff said, “We’re all in the same boat here. It’s not like we’re in competition.” He also disagreed with sentiment, held by some, that the A’s lease agreement represented a choice between keeping his team or the Raiders in Oakland. “That’s a false perception. It has been accommodated in the lease. Both of us have challenges. We both need new venues for our fans. I don’t think it’s a competition. The Raiders certainly don’t want to force anyone out and vice or versa,” said Wolff, before adding, “getting either one done is a challenge.”

With the A’s deal out of the way, the JPA may soon turn toward securing a short-term lease extension with the Raiders. Alameda County supervisors Nate Miley and Scott Haggerty said Wednesday they will meet with Raiders officials later this month to discuss a strategy for a new football stadium in Oakland. An exclusive negotiating agreement between the City of Oakland and Coliseum City developer, BayIG, is due to expire in October. According to Miley, the Raiders have indicated they will seek a second one-year lease in the fall to continue playing at the Coliseum.