Now that Art Murmur has become a full-fledged cultural phenomenon, there is more to see than ever. Here are our picks for the best happenings this First Friday, November 2.

Puppet Laboratory
Puppetry gets the high-art treatment at Puppet Laboratory, an evening of puppet-making and performance facilitated by Bay Area artist Erica Gangsei. Beyond arts and crafts, Gangsei will cover elements of puppet theory such as "googly eyes: yes or no?" It better be "yes." At MacArthur B Arthur. 7-10 p.m. 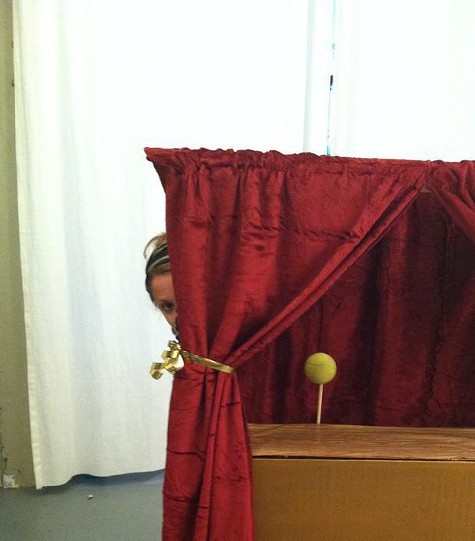 Judgement Day
Uptown hosts a free show by Oakland alt-metal trio Judgement Day, who shred the violin, cello, and drums. Get there early enough to witness the aggressive pop mania that is Religious Girls, joined by openers San Francesca and Cave Clove. At The Uptown. 9 p.m.

Evan Hobart
If folk artist Henry Darger had worked in ceramic and lived in the Bay Area, it'd be close to Evan Hobart. Hobart builds industrialized, urban landscapes in highly-detailed ceramics and places them within the bones and skulls of dead animals. Watch how he does it in this cool stop-motion video. At Crown Nine. 6-9 p.m.

Brass Menažeri
Bring out the dancing Eastern European gypsy inside of you with a free show from San Francisco's Brass Menažeri, a Balkan brass band. Opener Go Van Gogh describes itself as “gypsies on acid.” That's a hell of a lot of gypsies. At Awaken Cafe. 7 p.m.-Midnight.