Are Weed's Counterculture Roots in Jeopardy?

The Seattle Post Intelligencer's Jake Ellison asks Monday "can marijuana culture hold onto [its] bonds, the embrace of the weird, the goofy, the camaraderie of stoners as it becomes — with amazing speed — a commercialized industry?"

The analysis reflects a growing unease among die-hard legalizers who fear Big Marijuana as much as their anti-pot counterparts the Drug Free America foundation and major police lobbies. 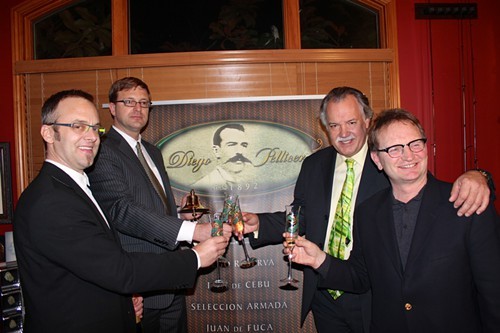 Ellison notes that rock 'n' roll was rather quickly co-opted. "It meant less to those who had been part of the counterculture vibe, cheapened and crass and commercial. To others, however, those downsides meant big money. And now it’s happening to pot."

"... there already has been a lot of co-opting.” said Danny Danko with High Times.

Still, marijuana arrests in California are at an all-time low, which has to be a good thing.

And we can imagine the spectrum of cannabis appreciation broadening from beyond the relatively narrow segment of lefty, hippie, adolescent dudes to other demographics.

Let us know: are you afraid for the soul of pot?