¡Fuera Trump!: Our Writer Traveled to Mexico City, Where People Definitely Had Choice Words for 'The Donald'

Some predicted that Trump will win in November. Others called his campaign a joke, but not a funny one. 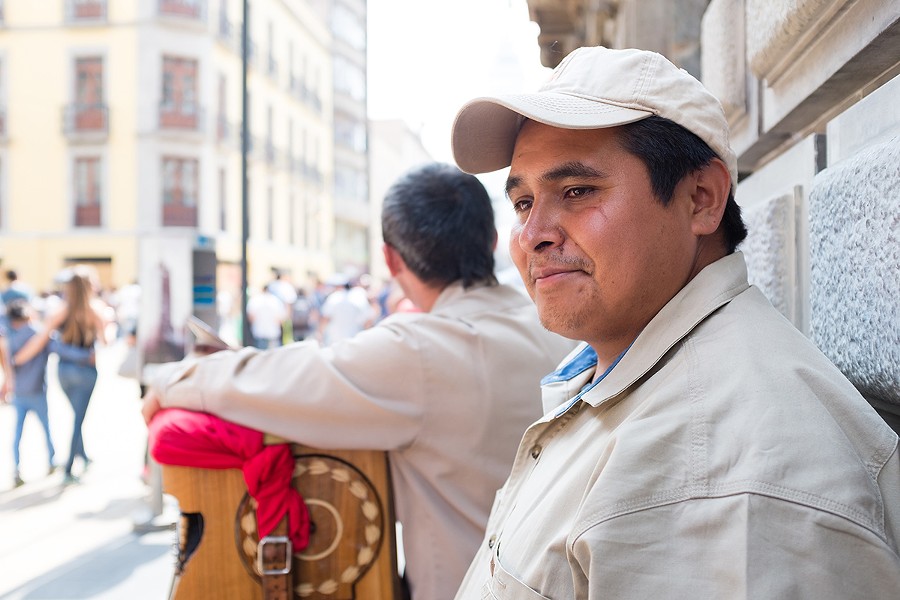 At Mexico City's historic central square, or zócalo, Jose Adan Garcia Canales was busy balancing a small pipe organ on a wooden peg. He turned its crank, and the instrument let out a shrill tune reminiscent of circus music. Garcia's partner strolled amid the shoppers, tourists and vendors with a hat in hand, asking for change.

The organillero, or organ-grinder, is one of many in the capital's massive unofficial economy. He's a man of the people, with his fingers on the pulse of the city, and that's why I asked him about one of the most pressing issues in Mexico today: Donald Trump.

What does the everyday Mexican think of "The Wall," or Trump's plan to send 11 million undocumented immigrants living in the United States back to Mexico, among so many other contentious proposals?

Garcia's response was to the point: "They're very radical," he said in Spanish. "I don't like them."

In the weeks leading up to the Republican National Convention, I interviewed a number of Mexico City residents — from teachers to musicians to fellow journalists — about Trump, and whether the demagogic candidate had changed their perception of America.

Responses varied. While the organillero didn't believe Trump would win the election, some predicted that Trump would take it all in November. Others hinted at a conspiracy between Trump and Mexico's president. A few bluntly compared Trump to Hitler. And some likened his campaign to a stunt, instead of an honest attempt to win the White House. Lots of people described the man with the darkest of humor: His campaign is a joke, but not a funny one.

One common theme emerged from all of these interviews: Trump has to go.

Or, in Spanish: ¡Fuera Trump!

Fabiola Valdez Guierrez is a Spanish-English interpreter — but her message for Trump needs no translation: He will never build "the wall."

She actually believes that, if he were in fact elected and did try to push the wall, a litigious private sector on both sides of the border would stop his plans in the courts. "Mexican companies have American partners that would likely lose money, as well, and I cannot see the federal government trying to solve all the possible lawsuits that will be surfacing" because of the wall, she explained.

Valdez understands issues north and south of the border. She works remotely with clients in the United States and other English-speaking countries. She also has family in America and, in 2003, spent a summer in Texas and Arizona. So, for her, the border is personal.

Like many people I spoke to, Valdez was cynical when it came to Trump and his bombastic style. "He presents himself as a great business success, but a lot of reporters have caught him lying," she explained. She thinks his No. 1 motivation is to further his Trump brand with scandals and constant media attention.

But "his message is so full of ignorance that it is a joke to think that his proposals are serious," she said.

Is there anything new about Trump's brand of bigotry? Valdez doesn't thinks so, calling it a byproduct of "a racist America that is still palpable and very alive, present in a lot of cities."

The only surprise is that's he's a legitimate major-party candidate, she said — one supported by extremists who "won't recognize the multiculturalism in their own country," and who want "to go back to an America that never existed."

For Valdez, that's why Trump's popularity is ultimately scary: It validates the idea that "racists think they have the right to impose their world view on the rest of the population, and ultimately the world."

Despite her concern about Trump and his supporters, she said that his vision is basically a punchline in Mexico. "He is like a clown," she explained. "Nobody has real concerns or fears about him becoming president. At least not in my social circle." 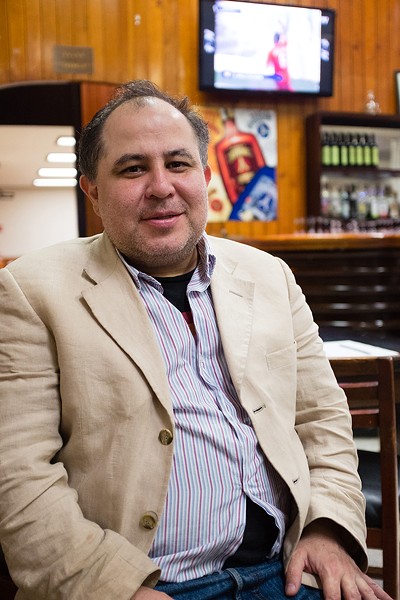 'We are Poland and Trump is Germany'

A TV journalist who works for Canal Once, or the "Mexican PBS," Federico Campbell Peña has followed Trump's campaign from day one. And he is certain that Trump, whom he calls a "unique species," will win.

That's a disconcerting prognostication from a man who also recently wrote a self-published book, Stop Trump: Una cronología abreviada, or an "abridged chronology." But Campbell doesn't want Trump to move in to the White House; his hope with the book is to inspire Mexican leadership to develop a plan to deal with the possibility of a Trump presidency.

The writer partially attributes Trump's appeal in America to the scandals that have beset Hillary Clinton. But he also believes that global instability is setting the table for a Trump presidency. "ISIS is helping Mr. Trump," he explained, "and also the police attacks."

If Trump becomes president, Campbell predicted that he would immediately enact a series of "publicity policies," such as building the border wall, to prove his might.

Another demonstration of power Campbell expects in Trump's hypothetical first year is the cessation of diplomatic relations between Mexico and America — as crazy as that sounds. "We are not going to have ambassador[s] in D.C. and in Mexico City," he predicted.

But Campbell does not believe Mexico would fork over the billions of dollars needed to erect Trump's notorious wall. He cited President Enrique Peña Nieto, who recently said, "There is no way that Mexico can pay."