Loads of sunshine this summer has produced a bumper crop of sungrown cannabis, as the federal crackdown continues to prop up prices. 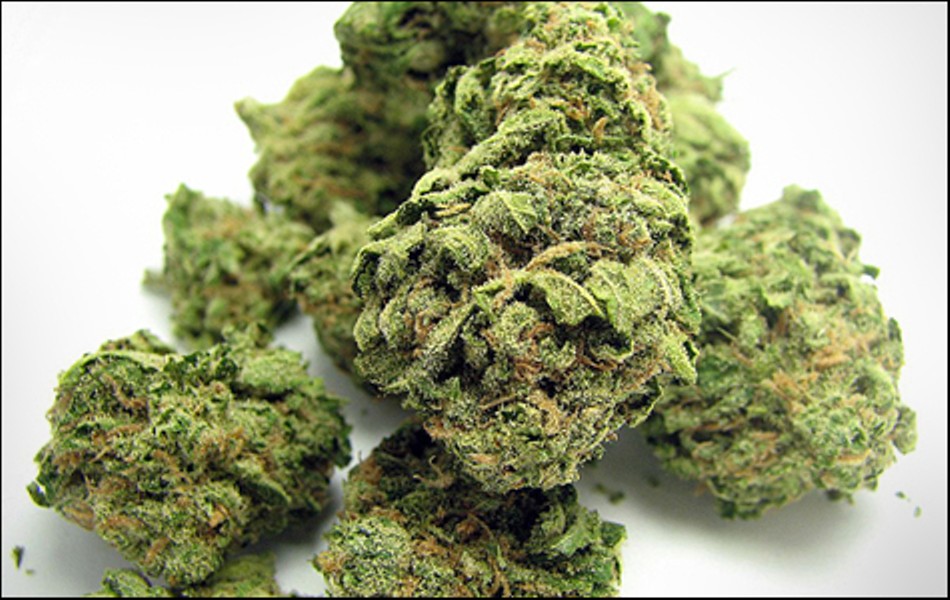 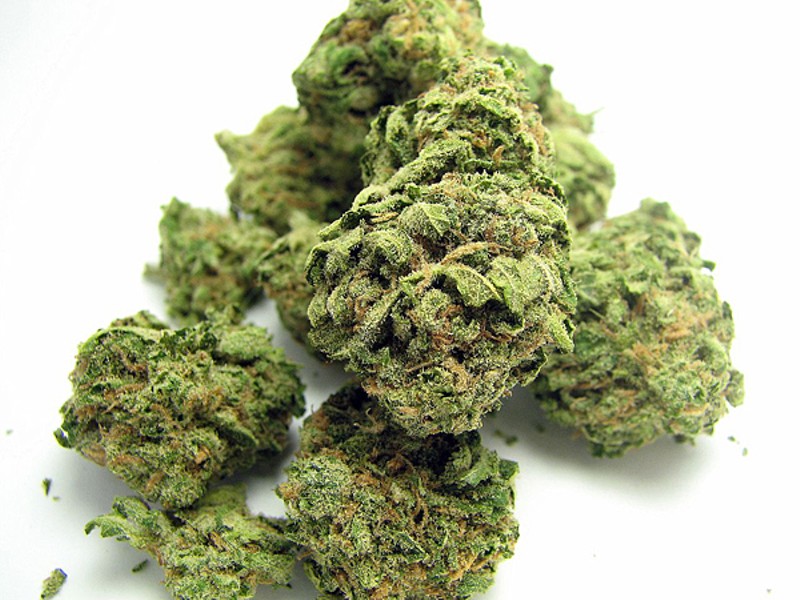 Blue Dream from the NorCal 2012 harvest.

Medical cannabis patients don't have to look much further than their local dispensary menus to notice the good news: A ton of this year's outdoor-grown crop has arrived, and it looks glorious. Bay Area patients also can get killer deals for the world's best cannabis thanks to a bumper crop that was fueled by a record amount of outdoor farming and a long, hot, dry growing season.

Oakland's largest dispensary, Harborside Health Center, has been blasting its Twitter followers with ads for deals on "sungrown" strains like The White, Jack Herer, OG Kush, Tutankamun, and White Erkle for as low as $30 per eighth-ounce — or about half-off of typical premium retail prices. Cannabis Buyers Club of Berkeley has a "Full Sun" OG Kush for $25 per eighth. Berkeley Patients Group has sungrown Madness for $15 per eighth, plus deals on outdoor Blueberry Diesel, Romulan, Grapefruit Kush, and Purple Haze. And Oakland Organics' mothership, Organicann, held a harvest market on October 20 in Santa Rosa with $6 samples of this year's outdoor, and flights of six samples for $25. Only in California.

Planted in the spring and harvested before the first fall rains, the all-female pot bushes can grow to fifteen feet in height. The cut flowers take several weeks to dry in a process called curing before they come to market. Americans consume an estimated 2,500 to 5,000 metric tons of the federally banned plant each year, and California is a leader in domestic production of indoor and outdoor cannabis.

The high-end, state-legal club market in the Bay Area used to only sell indoor cannabis, but then dispensary customers would disappear during the annual outdoor harvest. Clubs, however, are now learning to stay relevant during harvest: finding the best outdoor around and promoting organic "sungrown" cannabis as a more healthy, Earth-friendly alternative to weed grown on the power grid.

Although the one-year-old federal crackdown on medical cannabis has hurt dispensaries, it's actually boosted profits for pot farmers. In a perverse form of Farm Aid, pot law enforcement creates a "risk premium" that props up the price of weed. Some researchers estimate that more than 90 percent of the national price of pot is this risk premium, and it makes harvest time a huge economic event in the Northern California counties of Humboldt, Mendocino, and Trinity.

Government eradication programs in the Emerald Triangle have acted like price supports in the past, according to Dominic Corva, a public policy analyst from Sarah Lawrence College in New York. And renewed crackdown efforts may help slow what had been a free-fall in pot prices.

Corva, who researched Humboldt County's weed market for three years, and gave a talk at Humboldt State University on October 8, said the feds' decades-long Campaign Against Marijuana Planting (CAMP) helped push up the price of pot from 1983 until the early 2000s.

But then rampant indoor and outdoor cultivation outside the Triangle diminished CAMP's effect on prices during the last decade, Corva said. Although CAMP ended this year due to state budget cuts, the yearlong federal crackdown on medical cannabis continues to make headlines — and raid headlines allow pot farmers to raise prices. "Everyone is beaming about how prices were up," wrote Humboldt resident Kym Kemp, a marijuana expert and author of blog Redheaded Blackbelt. "I'm hearing $2,200 to $2,400 [per pound] for outdoor."

At the same time, the amount of outdoor farming is "increasing every year, substantially," said Charley Custer, operator of Tea House Collective, a Humboldt group of expert, organic medical marijuana gardeners and sellers. Yet even with the increase in outdoor pot production, this year's prices didn't collapse, he said.

The weather this year was phenomenal, Custer added. In stark contrast to a soggy, moldy 2011, the weather during the lengthy 2012 growing season was hot, dry, and divine.

Harvest season is also the chance for patients to stock up on exotic "sativas" — tall, lanky plants that evolved for the tropics. They take too long to flower and grow too big for indoor farmers. "They don't make any financial sense to grow indoors, but they come to us during harvest," Harborside's operator Steve DeAngelo said.

SPARC in San Francisco is blowing through supplies of legendary, fragrant Maui Waui and Pineapple Thai, in addition to outdoor Green Dragon for a very fair $80 per quarter-ounce.

With storage vaults full for the year, growers have moved on to making hash from trimmings and throwing a harvest party or two. Billed as the world's only outdoor organic competition, the ninth annual Emerald Cup is scheduled for December 15 in Humboldt County. "For us traditional producers, it's a very satisfying, fulfilling time of year," said Custer.