The celebrated dance company marks the 50th anniversary of its relationship with Cal Performances with a slate of performances and public events. 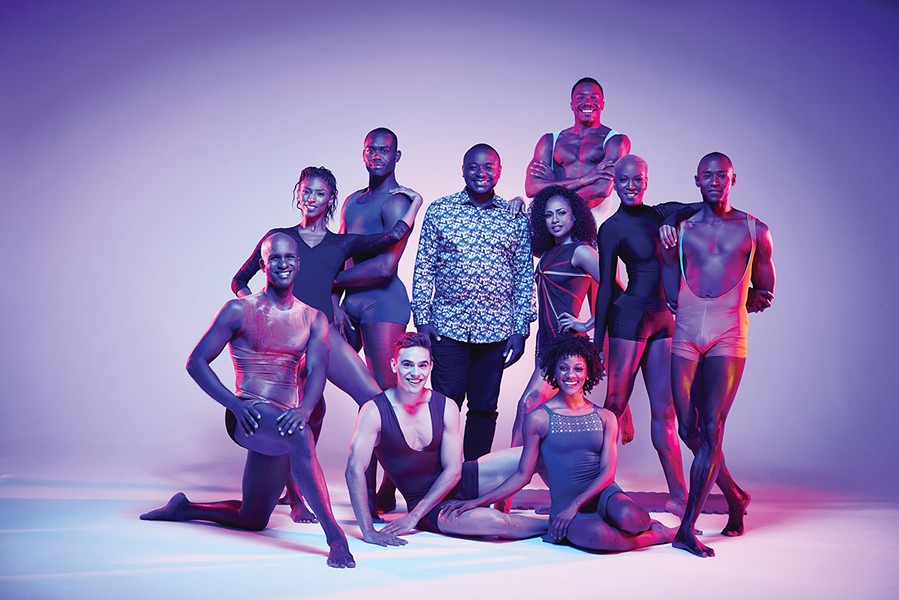 Two remarkable events in African-American history in the United States and the East Bay occurred in 1968. One was the tragic assassination of Rev. Martin Luther King Jr. in Memphis, Tenn., on April 4. The other was far less earth-shattering and instead, represented hope: a newborn relationship between Cal Performances and the New York-based Alvin Ailey American Dance Theater. At the time, bringing an established company dedicated to African-American culture and artists to the Bay Area's eclectic audience was sheer strong programming. Significance grew with the yearly commitment between the two companies and the now 72 choreographers whose work played out and gained prominence on the Zellerbach Hall stage.

Although the exact program presented by the venerable modern dance troupe in 1968 is unknown, it's not radical to speculate that the company's first performance at Wheeler Auditorium — Zellerbach Hall was being built and completed months later — included the company's iconic work, Revelations. Choreographed by company founder and artistic director Ailey, the dance had become an instant cornerstone upon its premiere in 1960. African-American spirituals, gospel songs, and blues music accompany the work's broad spectrum, which includes poignant solos, virtuosic small ensemble dances, and rousing, jubilant whole-company celebrations. It touches on themes of suffering, gossip, love, faith, protest, and brother- and sisterhood as experienced by people of color but inclusive of all humanity. Ailey Artistic Director Robert Battle has said that audiences "won't allow us to leave the concert venue without performing it."

The Ailey company returns to the UC Berkeley campus April 10-15 for its annual residency and 50th anniversary celebration of its relationship with Cal Performances. Included during the six-day visit are three different performance programs (featuring three West Coast premieres). Each performance concludes with Revelations.

Adding to the performances, outreach activities include a community dance class led by members of the company, a "Berkeley Dances Revelations" flash mob on Lower Sproul Plaza (in which members of Alvin Ailey will lead a community performance of the "Rocka My Soul" section from Revelations), and a public forum with senior Ailey company members and Brandi Wilkins Catanese, UC Berkeley associate professor in Theater, Dance, and Performance Studies and African American Studies.

The fruits of this long relationship can be found in the organizations' DNA. "There's the shared notion of arts bringing people together, pushing boundaries," said Battle, who was invited in 2010 by then-director Judith Jamison to become the company's third director. "There's a spirit, a feeling of the necessity of celebrating African-American culture through modern dance."

All of the 169 dances presented by Ailey at Cal Performances during the last half-century have been undergirded by themes of civil rights and have been crucial opportunities to give voice to African-American artists on the dance stage, Battle added. When the burden of representing Black America becomes heavy, he trusts an inner calling that tells him to "walk into your purpose."

Battle said the cues he received as a young man were multifaceted. He grew up playing piano, and his mother told him that if he sees himself in Chopin, then Chopin belongs to him and if it's Duke Ellington, the same thing is true. On the street, people might have clutched purses when they saw him approach, but at home his mother recited Shakespeare and Langston Hughes with equal fervor. More than anything, he is sustained by uplifting African-American culture, expressed beautifully and excellently onstage.

Dancers in the Ailey company are known for their stirring displays of physical and emotional expression. With athleticism and grace, they bring to life timeless dramas encompassing dreams, pain, the destruction of stereotypes, and the defiance of expectations. Often it is the audience that determines the takeaway: To a young person of color, the dynamic movements might provide a bold sense of one's bodily power. Someone whose ancestry includes family members thrust into slavery may weep, celebrate freedoms won, and mourn those freedoms yet to come.

Similarly, Battle upholds a company mandate to proactively present the work of women choreographers. This year, the company presents works by Talley Beatty, Urban Bush Women founder Jawole Willa Jo Zollar, and Twyla Tharp. "Instead of paying it only lip service, I make sure I have representation in the repertoire. It's not a charitable thing: These choreographers are amazing, that's a given. ... It's important that young girls see themselves reflected on that stage so they see they can not only dance but make the dances."

Battle deliberately brought Zollar's Shelter (1988) back into the repertoire because it addresses King's themes of homelessness and social justice. "That's one of the founding principles of modern dance," he said. "There's hunger to reflect those issues we see happening vividly now, with the current discord in our country. I thought of a shelter being more than just a structure, being about dance, the arts, providing a place for people to feel safe to come together. A place that reflects what we've come to collectively, no matter who you are."

Cal Performances Executive and Artistic Director Matías Tarnopolsky said that during his nine-year tenure, both organizations evolved. "We've explored new ideas, [experienced] changes of repertoire and leadership, but what has remained constant is the touchstone: the performances of the company. Art is a fundamental pillar of our society and it needs to always be meaningful. It must reflect issues of today."

Battle, he said, has a remarkable understanding of how the body and music, together, convey powerful stories. "Robert is a thoughtful artist who explores deeply the themes and he can explain articulately the root of that exploration. He's a great uniter, a convener of artists."

Tarnopolsky will depart Cal Performances in June to assume a new position as president and CEO of the Philadelphia Orchestra, but expects the relationship with Ailey will continue. "Even before Robert was appointed I made a five-year commitment they would always have a home in Berkeley."

A young girl Battle recalls from a past performance was enthralled. "Is this the one? Is this Revelations?" the young girl asked her mother as the signature work began. Yes, it was, and remains today: Ailey at Cal Performances, a revelation. 