A Tribute to the Bars Where Everyone Knows Your Name

In a region where so much feels new — the people, the bars, the restaurants, the buildings, the political climate — there's something comforting about a bar that stays the same.

Year after year, you see the same regulars and the same bartenders. You know your drink will always be made right. The decor stays the same. Whether it's a good day or bad day, whether you're there to celebrate or to mourn, whether you decide to live a different life or to stay put forever, that bar will always be there for you. You can always come back home.

There are bars like this in almost every East Bay neighborhood. To name a few: Baggy's by the Lake and the Parkway Lounge on the east side of Lake Merritt; The Alley and Smitty's Cocktails on Grand Avenue; Bank Club in Emeryville; Mel-o-Dee Cocktails in El Cerrito; Merchant's Saloon and Heinhold's First and Last Chance Saloon in the Jack London district; and George Kaye's and Kerry House near Piedmont Avenue. Stepping into one of these bars is like diving into a different world, removed from the turmoil of everything outside.

Most people know Heinhold's as the oldest bar in Oakland, but the Oaks Card Club (4097 San Pablo Ave.) is not far behind — it's been holding it down in Emeryville since the 1890s. It was named after the Oakland Oaks, a baseball team that predates the major leagues. The original bar and brass railings are still intact, in the same place they've always been.

The Oaks is the last vestige from a bygone era in Emeryville. Before Bay Street was built and the tech boom arrived, the Oaks Card Club catered to working-class drinkers from now-defunct industrial plants throughout the city. Until the 1990s, there were six other card rooms on San Pablo Avenue, and now Oaks Card Club is the last card room in Emeryville. The Oaks has weathered more than a century of change but has managed to hold onto its place in the community.

"This place stays the same. We stay true to our roots," said general manager Cole Tibbetts. Nowadays, new drinkers rub elbows with regulars who have been loyal for 60 years.

That same sense of timelessness is palpable at Ricky's Sports Theatre & Grill (15028 Hesperian Blvd.) in San Leandro. Ricky's opened in 1945 and has been a Raiders bar since the team was established in Oakland. That means the interior is filled with Raiders sports paraphernalia, the menu is sports-themed (although who would order a 49ers burger at a Raiders bar?), every game is shown, and there even used to be a house band called Raiderhead that played Raiders-themed covers (think "Raider Man" instead of "Rocket Man"). Raiders fans from all over the world convene at Ricky's to watch the game and have a drink — the best time to visit is the night before a home game, when far-flung Raiders fans gather to pregame the tailgate.

The idea of change looms heavy in a place like Ricky's — the Raiders have left before, and the team is set to leave again. Owner Ricky Ricardo isn't worried, though.

"We don't care where they play," he said. "Raiders fans are loyal." 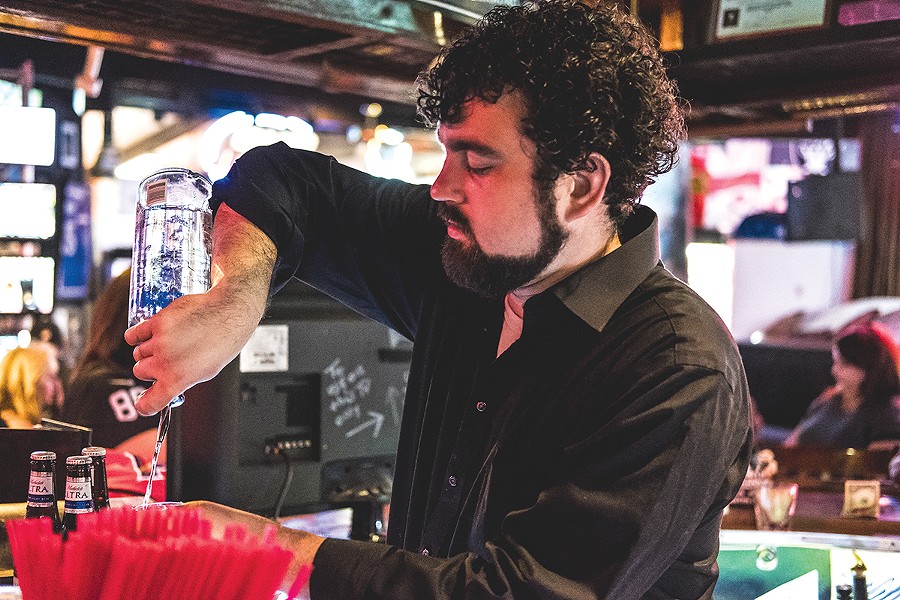 In downtown Oakland, where new cocktail bars are popping up like wildfires, old standards Ruby Room (132 14th St.) and Radio (435 13th St.) are still going strong. Both bars have existed in their current incarnations since 1999 and 2000, respectively — before that, they had been bars "since forever," said Alfredo Botello, a co-owner of Radio and Ruby Room. Both spots maintain strong reputations as bastions of downtown's dive bar culture. New competition hasn't changed that — people still stick to their favorite dives. Botello attributes the bars' staying power to a pledge to keep everything the same.

"Ruby and Radio are like well-worn, comfy couches that you don't mind getting a little dirty," he said. "You might try out a cocktail place or a fancier place, but at the end of the day you can always come back."

A few blocks away, 19th Street Station (339 19th St.) has been open since 1992. It's owned by longtime Bay Area bartender Roy Mejia. As the only employee, he quipped that his job titles include "the bartender, the janitor, the bouncer, the counselor, and the priest." Take a seat at the bar and he'll gladly regale you with Oakland stories from the 1970s and 1980s. His anecdotes cover local politicians and bar owners alike, and he can list old bars, steakhouses, and venues that used to exist all over the East Bay. He'll also tell you that today's Oakland doesn't hold a candle to what it used to be. He's not sure how many of these new, hip bars will last another five years, but he's confident 19th Street Station will last.

Mejia has one piece of advice for new bar owners: "It's not what you make, it's what you keep." He means it in a financial sense — 19th Street Station is able to thrive despite competition because overhead remains low. But after listening to him talk about Oakland and the ongoing changes, you start to wonder: What will Oakland and the rest of the East Bay get to keep?

Mejia proudly pointed to his Perlick, a cooler that has lasted 40 years. Then he pointed to a new piece of equipment behind the bar that he had recently replaced. It's already broken again. He shrugged his shoulders.

"All this new stuff falls apart," he said. 