A Toy for Every Kind of Kid

We all want to be that cool dad or awesome auntie, and the holidays are our time to prove ourselves — to choose the perfect gift that shows how "with it" we are in regards to what Kids These Days actually like, but that's also, secretly, educational. It's a lot of pressure.

To help out, I consulted the proprietors of several of the East Bay's popular mom-and-pop toy stores, whose carefully curated offerings put your typical Toys"R"Us to shame. Their top picks for this year's holiday season, presented below, include something for every kind of kid in your life.

It probably should come as no surprise that one of the most sought-after toys of the year is essentially a drone — or "remote-controlled UFO" if you'd prefer not to evoke the American military-industrial complex. The Lily Ball 3 differs from the old remote-controlled airplanes that many adults may remember from their youth largely in terms of lightness and technological sophistication — a built-in gyro stabilizer helps keep its flight path steady, for instance. It's also damn pretty to look at, with blinking fiber-optic lights and glow-in-the-dark rotor blades.

Meghan Kolstad — who manages the Walnut Creek location of Five Little Monkeys, a small local toy store chain that has one other East Bay location, in Albany — explained that the lightweight quality of the Lily Ball, along with its ball shape, makes it suitable for flying both indoors and outdoors. You can crash it into a wall or a window without any problem, Kolstad said. If the twenty minutes I spent fiddling with this kid-friendly drone were any indication, you'll spend a lot of time crashing, indeed. The Lily Ball is exhilarating to play with — this oldster's heart was racing! — but the controls are somewhat finicky and sensitive. I'd recommend this for children ages eight and older who are both daring and patient — the kind of kid who doesn't mind tinkering around with a tiny screwdriver.

These colorful building blocks are a cross between traditional wood blocks and Magna-Tiles — and other variants on the popular two-dimensional magnetic building sets, now a fixture at American preschools. The fact that the Tegu blocks stick together — thanks to the magnets hidden inside — means even toddlers with limited fine-motor skills can build fairly complex structures. According to the packaging, Tegu blocks are appropriate for ages three to 99, but Kolstad says they're particularly great for kids under seven years old. The basic starter set probably offers the most blocks-for-your-buck, but don't sleep on the stand-alone expansion sets. This year's new release, the Skyhook Stunt Team set ($49.99) is especially fun, with blocks designed to be configured and reconfigured into all kinds of vehicles and gadgets. Even the "suggested" configurations are incredibly fun and whimsical — you can, for instance, build a clown car, a rescue helicopter, or a "rocketfish." But, as with all of the most iconic toys, the only real limit is the child's imagination. Which is to say there's no limit at all.

This is the perfect gift for the seven- to twelve-year-old kid in your life who has a "Pinterest-like" sensibility and an interest in doing cute, crafty, DIY art projects. The kit comes with bowl-shaped plastic molds (in three different sizes) that the child covers with an assortment of decorative paper circles, attaching them with the water-based glue that's provided. It's basically next-level papier-mâché. Once the glue dries, you remove the mold, and, voila, what's left is a lovely cardboard bowl that can be used to hold the various trinkets and treasures that are part of the rich tapestry of the typical pre-adolescent's life.

For the toddler who's always on the go, Kat Sherman, a manager at Mr. Mopps toy store in Berkeley, recommends Kickboard's line of Micro Mini scooters. These colorful three-wheeled scooters offer the outdoorsy two- to four-year-old a nice entryway into the world of extreme sports  — especially since, according to Sherman, they ride more like skateboards than scooters. With an intuitive "leaning-based" steering mechanism, the scooters are also somewhat akin to non-motorized Segways for kids. 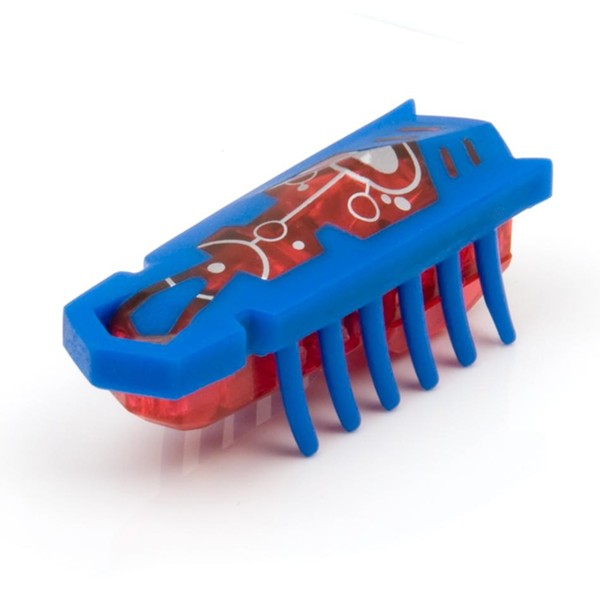 Speaking of miniature things, Sherman predicts that her store's assortment of Hexbugs will also make popular gifts this holiday season. Basically, these are little battery-powered insects with bristles underneath that vibrate when the Hexbug is turned on, causing it to skitter forward in a distinctly bug-like manner. One of these would make a nice stocking-stuffer for a kid of practically any age, or you can buy a whole set — or even a little racetrack or obstacle course where the bugs can run around. 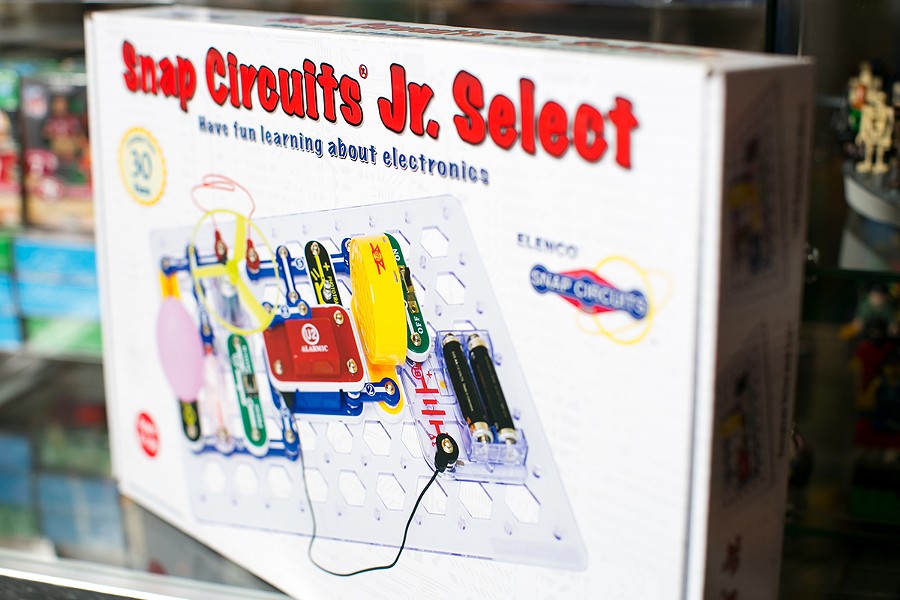 If you're looking to buy a toy that has educational value, it's hard to do much better than Snap Circuits. According to Helen Dean, owner of Toy Safari in Alameda, these popular circuit board kits were invented by scientists to help teach kids about electricity. The basic starter set consists of a flat board that a kid can use to conduct experiments of varying complexity — such as building a doorbell, an alarm, or a simple radio. Unlike the science kits that most of us grew up with, no soldering iron is required, since all the wires just snap together. More advanced sets include the Deluxe Snap Rover, which a science-savvy kid can use to create several different remote-controlled cars and robots.

If you're the kind of doting adult friend who's hip to the trendiest things that today's elementary-age kids are obsessed with, then look no further than Shopkins, the food-themed rubber figurines that appear to be the Beanie Baby or Tamagotchi of this generation — though, as Dean quipped, "None of us know why." Each $3.95 package comes with a little shopping cart filled with two miniaturized, anthropomorphized, rubber versions of a typical item you might buy at the grocery store: an apple, a Twinkie, a roll of toothpaste. In truth, it's easy to see the appeal: You don't know which items you purchased until you open the box, so the idea is for kids to hustle — I mean, trade with — their friends to try to complete their collection. Besides, just like the Japanese miniatures that likely served as their inspiration, the Shopkins figures are darn cute — even if they do come in the most garish shades of pink and purple that you can imagine. 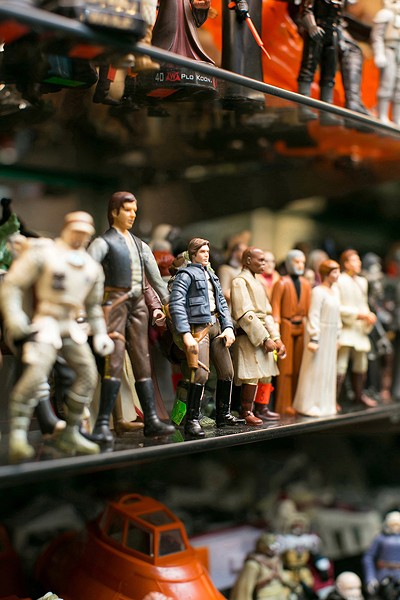 Dean describes Toy Safari's substantial collection of vintage Star Wars action figures as one of those "evergreen" toys that never go out of fashion — though, of course, the release of Episode VII this December means that this year they'll likely be an even more sought-after holiday purchase. Some of the rarer action figures that date back to the late Seventies and are still "on the card" (i.e. sealed in their original packaging) sell for as much as $200, but Dean said Toy Safari tries to focus on carrying the ones people are likely to actually play with, not just stick on a shelf. And don't let anyone tell you that Star Wars is just for boys: One customer recently told Dean that her daughter is learning how to sew by making costumes for all the female Jedi Knights of her imagining.