Melissa Valentine's memoir is a love letter to Oakland

Oakland native's new book, The Names of All the Flowers, creates beauty out of her trauma

Melissa Valentine's realizations about love and anger were not easily gained. Growing up in 1990s Oakland, she writes, the city offered "hip-hop, R&B, absolute pride in blackness and our culture, and also a crack epidemic, a war on drugs, the three-strikes laws, and pervasive violence."

These raw juxtapositions of art, community, pain and loss are unpacked in all their glorious and tragic complexity in Valentine's powerful new memoir, The Names of All the Flowers (Feminist Press), which won the 2019 Louise Meriwether First Book Prize.

Valentine, 36, holds a BA from Sarah Lawrence College and an MFA in creative writing from Mills College. Her work has appeared in Jezebel, Guernica, Apogee Journal and other publications. She is currently executive editor at Callisto Media and lives in Cold Spring, NY.

Her father was a white Quaker and landscaper, her mother a Black woman from the Deep South who worked as a postal clerk. One of six children, Valentine formed a special, supercharged kinship with her older brother, Junior. Their parents and siblings struggled with mental health issues and economic hardship, while daily interactions were laced with violence, resentment, the daily tension of systemic racism and off-and-on controlling parental love and commitment. Altogether these things worked like a welding iron when it came to Valentine and the brother she adored. Valentine admired and depended on Junior for stability; he relied on her for nonjudgmental love. Almost like twins, despite a two-and-a-half-year separation in birth, their fused identities formed an alliance: It was them/us against the world/others. 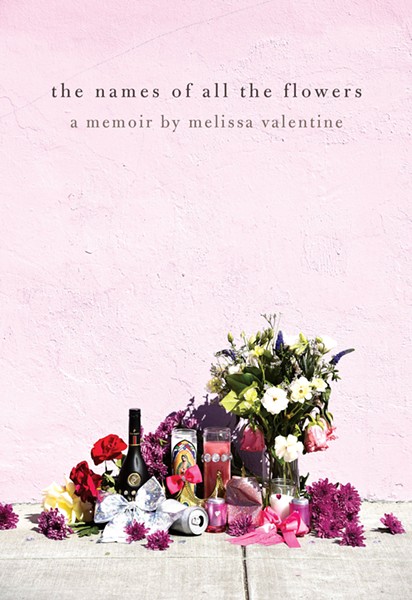 So when Junior was beaten and bullied as an adolescent by other kids at school, and in response began to seek "cash and power" by parading as a tough-guy drug dealer and car thief, Valentine shifted to denial. She earned good school grades while accepting his questionably-obtained gifts and divergent behavior. She cherished the irresistible and pricey Nike sneakers Junior gave her, while allowing him to hide a gun in her bedroom, no questions asked.

Eventually, Junior's misguided pursuit of power led to him being sent to prison for kidnapping and assault. At age 19, just one week after serving his time and being released from prison to embark on a reformed life filled with fear but also potential, Junior was gunned down and killed. Valentine's world crashed.

"I grew up with this book," she says in an interview. "It grew me up. The trauma happened when I was 16. I went to college, finished, got a job, had relationships—all this trauma was working itself out in my life.

"Writing this book taught me about myself, about death. I guess I thank my brother; I have so much gratitude for him and the short time we had together. I see it as my duty to tell the world about him and people like him. I do know something other people need to know. The gift that we get from our ancestors. To honor them. The gift of trauma is that we get something really bad and we have the opportunity to transform our lives into something beautiful."

The memoir begins when she is 16, but weaves thread-like connections through ancestral history back to her mother's family roots in Alabama. Those threads transform into ziplines and race into present-day relevance as Valentine outlines the poignant trauma of living with gun violence and the school-to-prison pipeline that imperiled her brother and forever altered her family.

Creating something beautiful out of her trauma, she says, is expansive, healing and powerful. But the hurt and the hate that stand in the way are equally compelling forces and stop many people from recovery. Which doesn't mean the memoir is a love-fest or a self-help manual in disguise. The story is filled with raw, grim anger and the barren, cavernous emptiness reverberating for generations in a family after a young person is killed. The resounding loss is triggered by news stories of gun violence and suffered especially in Black families, Valentine says, regardless of whether the death or wounding is due to gangs and gun violence, or law enforcement officers.

Listening to the sister of Jacob Blake, the Black man shot in the back by a police officer in Kenosha, Wisconsin, on Aug. 23, her thoughts turn to George Floyd, the Black man who died May 25 due to suffocation after a white police officer knelt on his neck for nearly nine minutes in Minneapolis. Valentine says, "I felt like I could have been her. And I know how devastating George Floyd's death will be for his children."

She says the Black Lives Matter movement is something white people need to learn about. "It's something they don't know about in their hearts, because of bias, racism, segregation—half of my family is white and being Black, I'm one of the only Black people they know. When you aren't faced with the humanity of Black people as friends, colleagues, family, you live a white life. Not because you're a bad person, but because Black people don't exist in your world."

Asked if she welcomes the swarm of publishers suddenly interested in literature by Black writers, or if she views the wave with caution and cynicism, Valentine says both responses are true. "It's so clear what is happening; it's disgusting in a way. But I've always deserved this moment. No one is going to take that away from me. My story has always mattered. I just wish I had another book proposal ready to sell right now."

That next proposal is likely to be a collection of essays she has written in the early mornings, before words shared with others steal away her first-person voice. Pulling out full sentences and working with a clear outline, Valentine predicts she will always avoid fluff. "I don't like bullshit. I like to write the truth."

Even so, readers need to understand the material in order to invest themselves in it. "You need to make them care about you by bringing a cultural framework," Valentine says. "That's why I wrote the intro the way I did and made it political; the school-to-prison context. It's the conditions of our lives: we are descendants of slaves, the children of traumatized parents, redlined communities. Going to Oakland public schools, the opportunities, attention, humanity allowed to us—and my brother being bullied—you see the trajectory."

Valentine finds offering grace and forgiveness to herself and her flawed, but loving, family to be personally rewarding. Professionally, gratitude rises from readers who pick up on her joy and find hope and healing for themselves.

"I get people thanking me for introducing them to Junior," she says. "I was obsessed with [writing] this book. If I didn't get it out, it was going to keep knocking at the door. Now, I can tell other stories, write fiction. It's so beautiful what's opened up for me. I've never been here before."

Valentine says she hopes "here" will soon mean Oakland, where her parents and much of her family continue to live. "I'm trying to find my way back there," she says. "Oakland will always be home."