A New Approach to Community Benefits From Cannabis

Hayward to use foundation to evenly distribute pot benefits for the entire city. 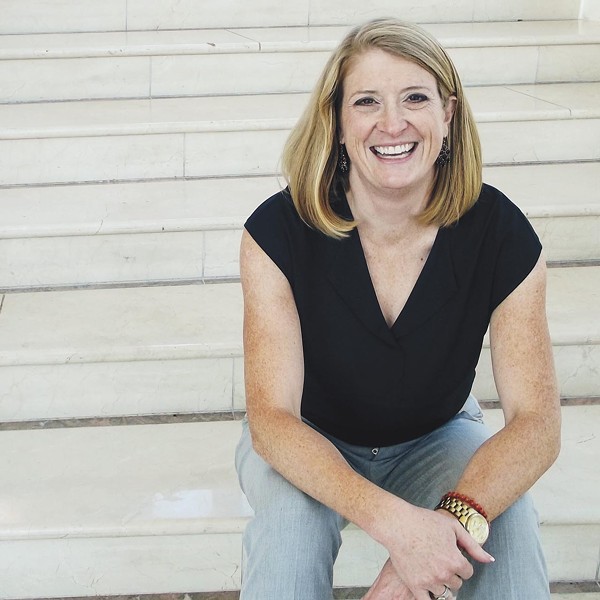 When Hayward decided to move forward two years ago with an ambitious plan to attract up to two dozen cannabis operators to their city, word quickly got around. In their zeal to win one of the operating licenses set aside for various business models — including manufacturing, cultivation, testing, and three retail dispensaries — applicants sought to sweeten the pot with widely varying offers of lucrative community benefits.

Cities across California have embraced a variety of approaches to ensure that the legalization of marijuana is accompanied by some form of community benefits. Here in the Bay Area, the approach that has attracted most attention is that of Oakland, which has combined relatively high taxes with a city-mandated emphasis on racial "equity" that directs new investment to minority neighborhoods, sets aside permits for persons affected by the War on Drugs, and requires new permit-holders to help incubate minority-owned cannabis businesses. The effectiveness of that approach has yet to be demonstrated.

Last month, Hayward embraced an altogether different approach. Instead of allowing cannabis permit holders to choose the beneficiaries of their largesse, Hayward partnered with the East Bay Community Foundation to start a dedicated foundation to receive and eventually dole out community benefits in the form of cash grants to Hayward non-profits.

Hayward is finally betting big on cannabis, following nearly a decade in which city officials had regarded medical cannabis with a stance that fell somewhere between ambivalence and outright opposition. Hayward City Manager Kelly McAdoo said part of this new push is due to strong community support. She noted that Hayward voters overwhelmingly supported Proposition 64, the initiative to legalize cannabis in California, and voiced support for city leaders to regulate the burgeoning industry. The allure of additional tax revenue is also on the minds of officials in Hayward, which has struggled to reap the benefits of a robust local and national economy in recent years.

Yet once they dipped their toes into the waters of cannabis regulation, Hayward officials decided they were unprepared for the promises of pot philanthropy.

"We received a lot random calls from people telling us some cannabis people wanted to give them money," McAdoo said. "It was almost like they wanted to verify it was true."

As applications for Hayward's cannabis permits piled up, and promises of community benefit offers from potential permit holders were unevenly pledged across Hayward, city officials began to notice. "It was disconcerting," McAdoo said. "They were picking politically popular organizations," such as schools and well-known local non-profits. If a solution wasn't found, large swaths of the city's roster of non-profits were potentially at risk of being shut out of Hayward's potential cannabis windfall.

McAdoo recalled a community foundation program she first become familiar with a years ago while attending a conference in Kansas City. Although not affiliated with cannabis, the Greater Kansas City Foundation allowed non-profits in the area to use its large administrative infrastructure to lower their costs of fundraising.

The idea of a community foundation serving as middleman for philanthropic endeavors is not new. The Richmond Community Foundation and Berkeley Community Fund act in the same way, distributing donations to help each city's most needy residents and projects. The Hayward Community Foundation is a cannabis-inspired hack of that concept.

"Leaving this distribution of donations up to the discretion of individual cannabis operators may not be in the best interest of the community, as they may direct funds to non-profit organizations that may not address the most pressing needs of the community," Hayward management analyst John Stefanski, the city's point man on the project, said at a recent council meeting.

Under the proposal approved by the Hayward City Council on Mar. 19, the city will begin formation of the foundation as a conduit solely for cannabis benefits, with an appointed board of directors making decisions on delivering grants to the community. McAdoo said a specific process for awarding grants is still being worked out. If successful, however, the city expects down the line for non-profit organizations in Hayward to access the East Bay Community Foundation's expertise for their own purposes. For example, McAdoo said, the award-winning Mt. Eden High School choir might choose to benefit from the foundation's existing administrative structure, thus lowering its overhead and allowing more of the proceeds of its fundraising to be directed back toward students.

How large the Hayward Community Foundation could ultimately become is still uncertain. "I can't even give a ballpark number," McAdoo said about the foundation's ultimate endowment amount.

Within Hayward's nascent cannabis industry, a number of factors are still unknown. Up to 23 licenses may eventually be permitted over the next few years, but just 10 have been granted so far. Of that group, just two — a manufacturing business and a testing lab — have received a conditional-use permit and opened their doors for business.

A second round of applications currently underway could add another 13 permits for bid, further widening the pool of potential operators contributing to the Hayward Community Foundation. Jiva Life, a retail cannabis dispensary seeking to open on 'A' Street in Hayward, has pledged 4 percent of its gross sales to the city as a community benefit, according to the East Bay Times. 