Bring one of these to your next holiday party and you'll be everyone's favorite person there.

The Best Holiday Desserts You Can Buy

The holiday season is upon us, and even if you dread the music that floods every store as soon as Halloween is over, most of us can't resist a good holiday dessert. If you weren't blessed with the ability to bake (or simply don't have the time), stop by one of these bakeries to pick up a treat that's sure to stand out amidst a sea of sprinkle cookies and peppermint bark.

For a wide variety of unique holiday desserts, look no further than Crispian Bakery in Alameda. To impress everybody the traditional way, bring a French buche de noel, also known as a Yule log. It's a chocolate sponge cake rolled with chocolate ganache and whipped cream, then decorated like a log with chocolate frosting and adorned with chocolate leaves and meringue mushrooms. There's also a raspberry version that switches out whipped cream for a surprising pink raspberry mousse. Alternatively, you could also bring stollen, a German Christmas dessert that Crispian's owner Beth Woulfe describes as somewhere between a cake and a bread. It's full of rum-soaked candied cherries and raisins for a boozy kick, and a log of marzipan runs through the loaf for a little bit of almondy goodness in every slice. Eat it as is, or toast it and slather it with plenty of butter. Last but not least, Crispian also offers a variety of holiday pies, including an eggnog custard pie that's redolent with nutmeg and vanilla.

Panettone, an Italian Christmas bread, is one of the most magical breads out there, made with plenty of egg yolks and sugar and then hung upside down after baking to prevent it from collapsing. I love a good panettone, but a gourmet boxed panettone can run you $50 or more, and most cheap boxed versions suffer from being too sweet and dry. Enter Acme Bread's panettone, which arrives on the shelves of the Berkeley shop every Thursday. It's a lot fresher than the boxed varieties, and a lot cheaper, too. A small loaf, studded with citrus peel and currants, will run you about $7, and a large loaf will run you about $13. That's affordable enough to make panettone your breakfast food of choice throughout the holiday season.

The Bay Area and beyond knows of Humphry Slocombe's ice cream, but most people don't know that the creamery offers decadent pies and ice cream cakes, too. At Humphry Slocombe's new Berkeley outpost, customers can pick up special holiday treats like a pumpkin crème fraiche cake made with layers of pumpkin five-spice ice cream and crème fraiche ice cream underneath a sour cream coffee cake and chocolate wafer topping. Or please the pickiest of pecan pie eaters with a duck fat pecan pie. Be sure to place orders at least 72 hours in advance. If you don't feel like making the trip out to College Avenue, pies can also be ordered through Caviar.

Aside from being a one-stop shop for Christmas-themed cookies and cupcakes, Peña's Bakery also offers rosca de reyes, a ring-shaped cake that's traditionally eaten for the Dia de Reyes on January 6, which celebrates the arrival of the three magi. The eggy cake is decorated with candied fruit, and a plastic baby Jesus is hidden inside the cake. Whoever gets the slice with the baby — sometimes there's more than one — gets to host the Candlemas party on February 2. Can't wait until January 6? You can also order rosca de reyes as early as December 15. 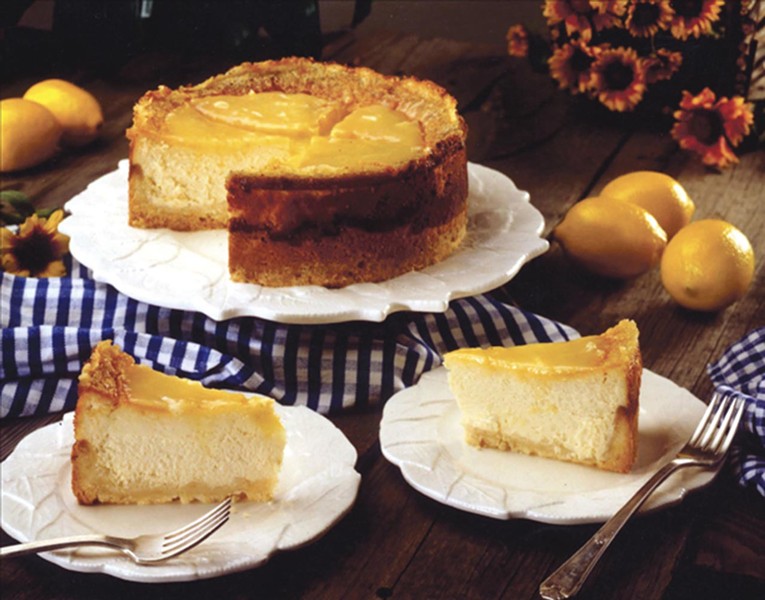 For decadent desserts you can't get elsewhere, stop by this petite underground bakery. Baker Gregory Williams is known for his cheesecakes, particularly his signature creations like the Ugly Duckling Lemon Cookie cheesecake, which is made with a butter cookie crust, flavored with honey and lemon, and finished with a creme brulee topping. Or take home the Best Milkshake I've Ever Tasted cheesecake, which has a chocolate wafer crust topped with Oreos, coffee-cheesecake filling, and whipped cream on top. Other tempting options include an 8-Up cake (Williams's take on a 7-Up pound cake), pecan sweet potato pie, sweet potato layer cake, and peach cobbler.