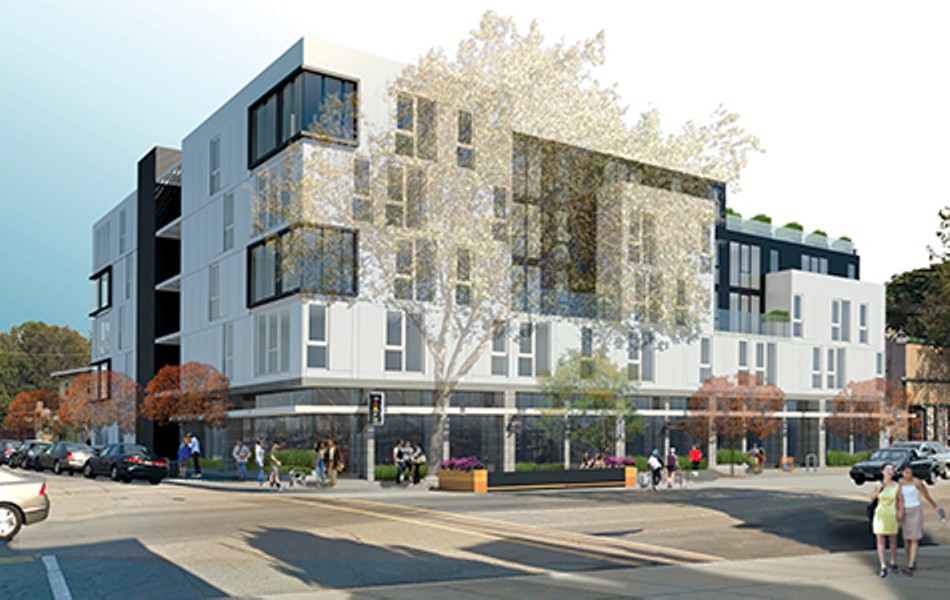 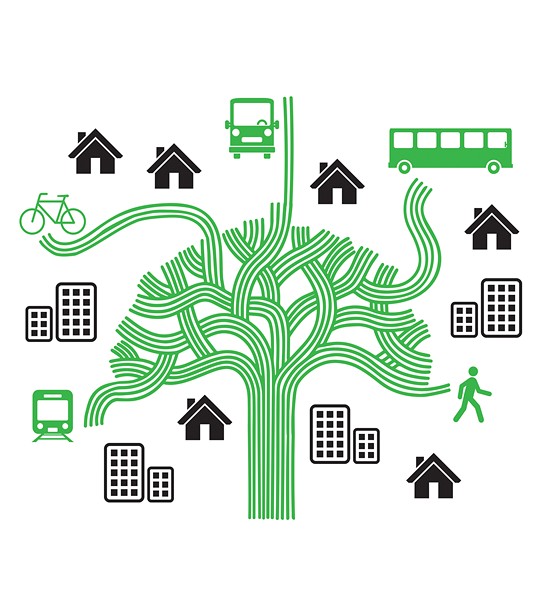 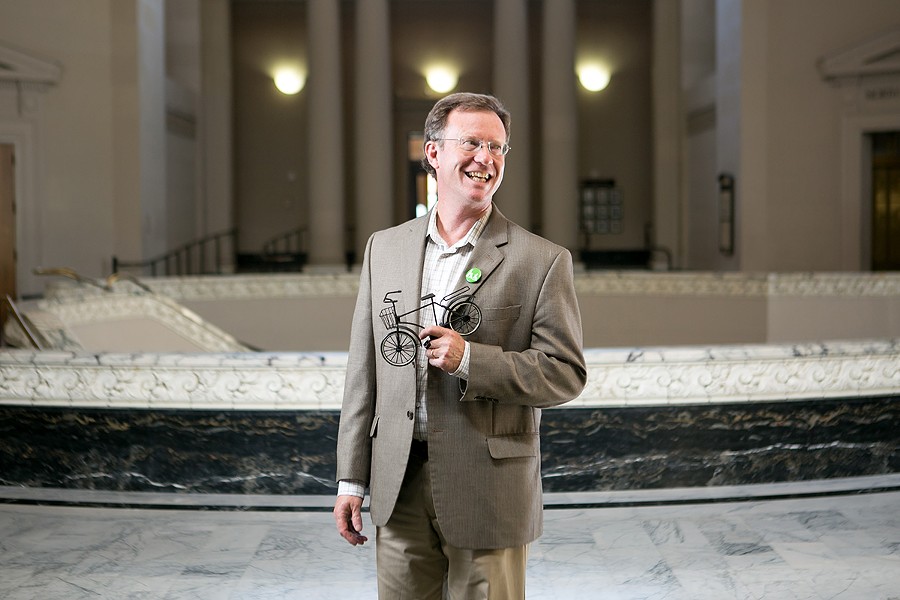 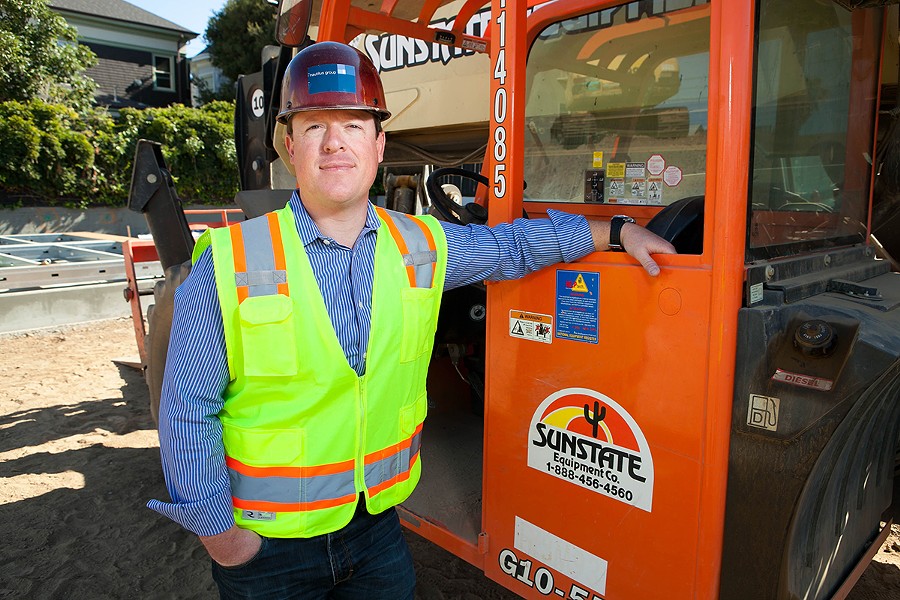 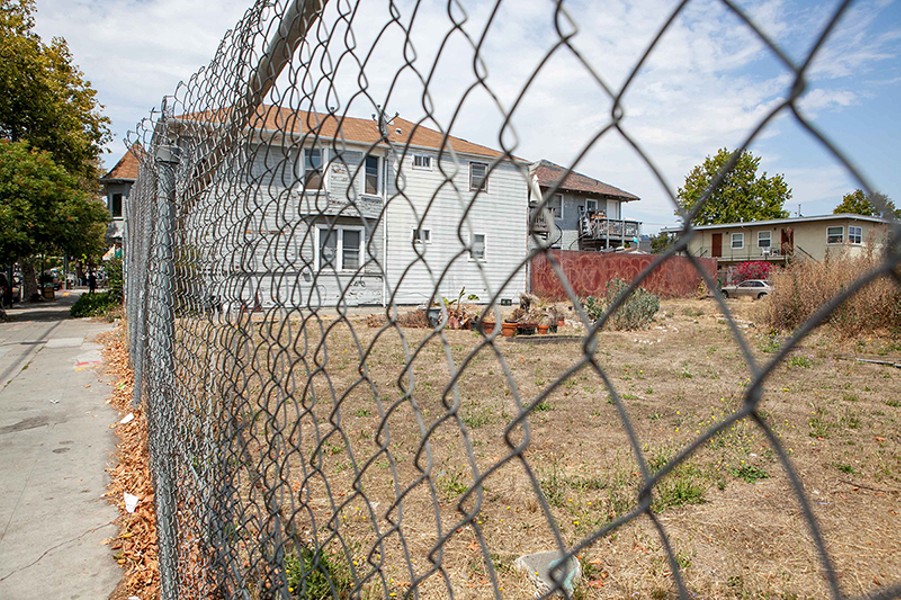 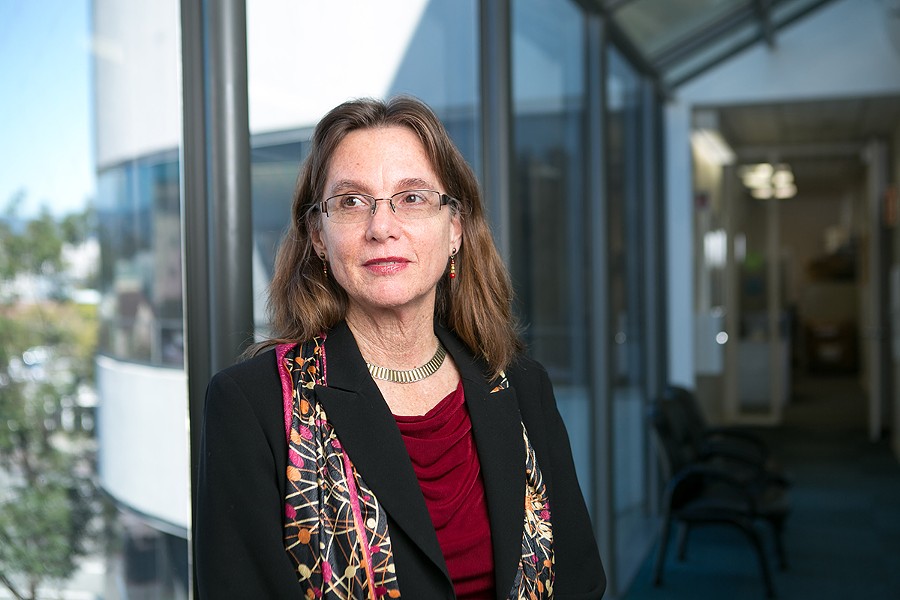 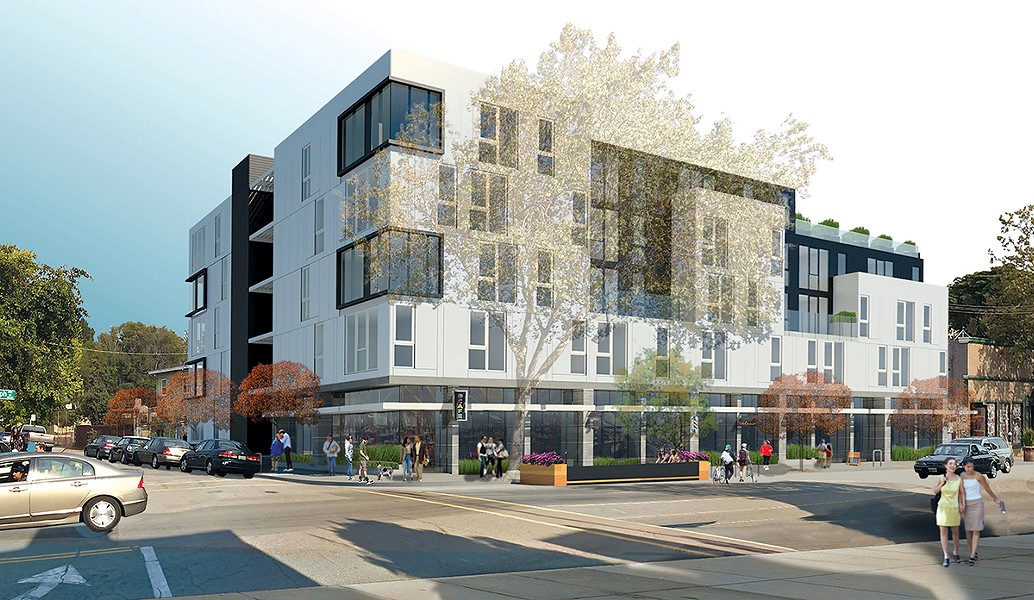 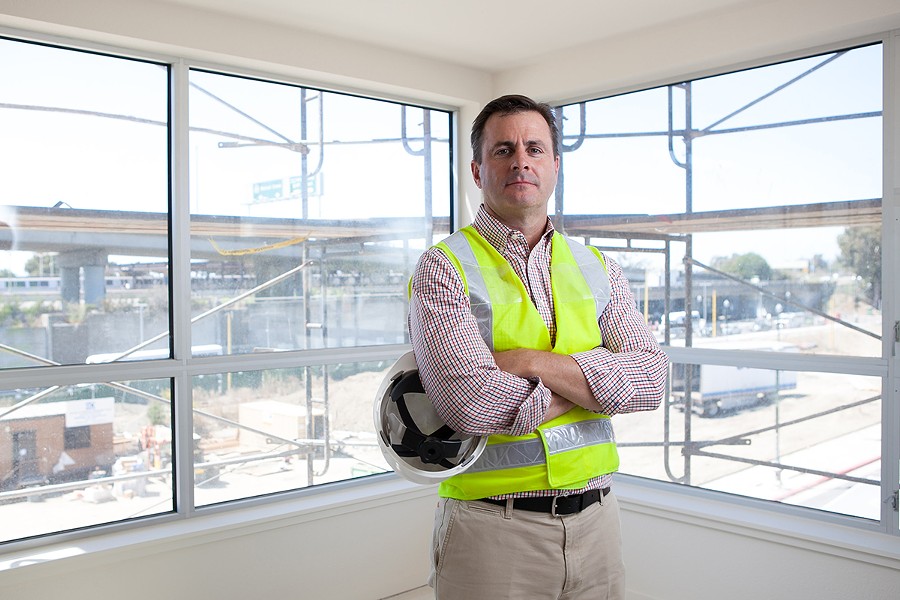 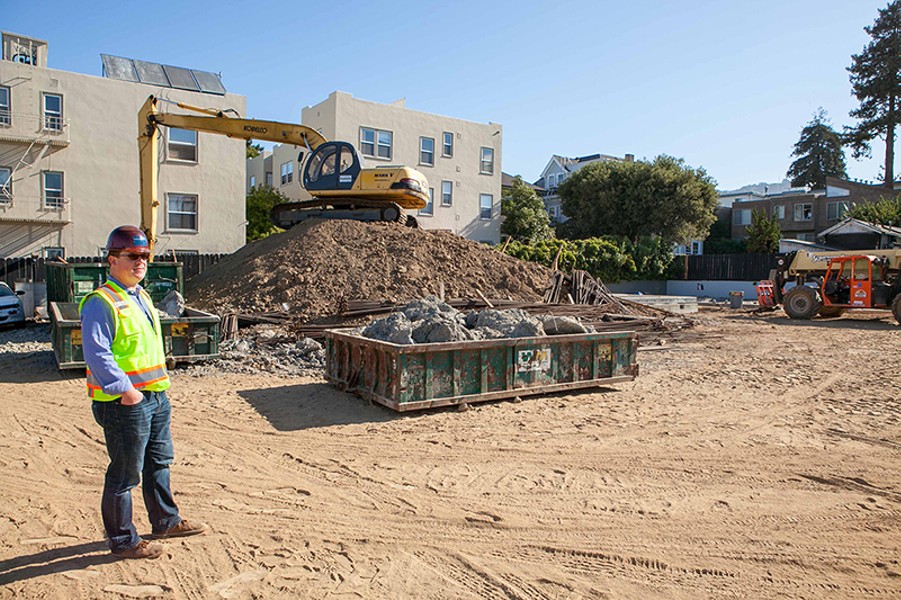 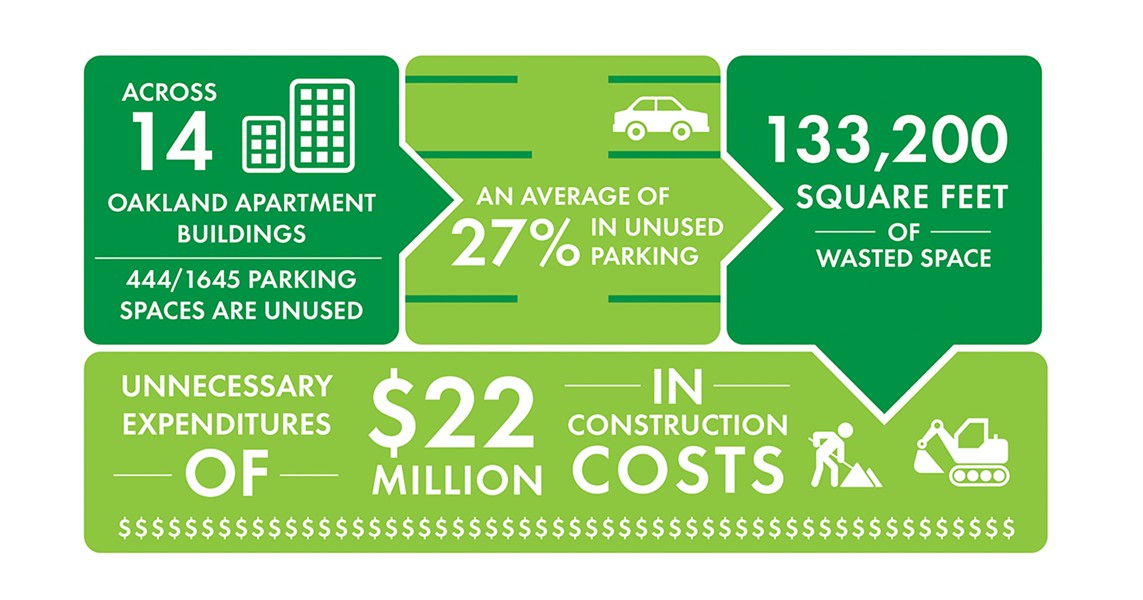 Some European cities abolished parking minimums for developments long ago and in some cases replaced them with maximums. After London scrapped minimums in 2004 and instituted maximums, the parking supply shrank by about 40 percent, according to a New York University study of hundreds of developments. Last month, the Minneapolis City Council voted to eliminate its one-space per-unit requirement for many new buildings — a proposal driven by a desire to reduce housing costs.

San Francisco, Seattle, Portland, and New York City have all, in various ways, eliminated parking minimums in neighborhoods with good transit access. Since Seattle eliminated parking minimums in many of its denser urban areas, 52 project proposals have included no parking whatsoever, according to Gordon Clowers, a senior planner for that city. And although 167 projects still chose to build some parking, the average across new developments was 0.55 spaces per unit — well below the one-space per-unit minimum that had previously been the standard. This data corroborates the idea that developers want to build less parking than what city governments have long mandated — and that eliminating minimums can have a huge impact on creating greener cities.

And if a lower supply of off-street spaces ends up creating parking problems in surrounding neighborhoods, there are creative ways cities can and should fix on-street parking, Manville said. In fact, urban planning experts note that, contrary to popular belief, overcrowding in on-street parking is typically the result of poor management policies — and not a lack of parking in nearby residential garages.

Consider the fact so many garage spaces sit vacant. "Increasing your supply of empty off-street spaces does nothing to improve the availability of on-street parking," said Tumlin, the Nelson/Nygaard consultant.

Increasingly, cities are relying on market-based pricing for parking, which means that prices are based on demand. In areas where there is high demand, such as a busy retail corridor in which parking spaces are often occupied, meter prices should be higher to encourage turnover and ensure that there are a handful of spaces consistently available. And in places where there are frequently high vacancy rates and parking spots available, the prices should be lower to incentivize drivers to take advantage of that supply.

For example, MTC, the Bay Area's transportation planning agency, has found that in areas where there are perceived parking shortages — such as a commercial district that sees frequent double-parking — there are often parking garages or lots nearby with many empty spots, according to Knepper, MTC manager. If those garages were much cheaper (and well publicized) and the on-street meters were more expensive, then more cars would use the garages and it would be easier for drivers to find short-term parking directly in front of a business.

Simply put, cities should be working to ensure that the available parking supply is used much more efficiently. And if cities incentivize drivers to take advantage of existing spaces, it could eliminate the traditional parking fears that result in developers wasting money and space on massive garages, and tenants paying much higher rent than necessary. For Oakland, that could mean more vibrant business districts, fewer empty parking lots, and more affordable housing.

In Oakland, there are reasons to be optimistic about the potential for forward-thinking parking strategies. Mayor Libby Schaaf, when she was a councilmember, spearheaded a pilot program that tested the city's first-ever market-based parking program in Montclair. The goal was to set meter rates based on demand so that it would be easier for shoppers to find parking spots on popular streets.

The pilot also made an underutilized garage in the district free for the first twenty minutes — aimed at incentivizing drivers to choose these spaces. The neighborhood business association has endorsed the program, and the city recently applied for MTC grant money to expand this pricing strategy to other commercial districts.

Schaaf also hired the city's first-ever transportation policy director, Matt Nichols, who previously rolled out market-based parking policies in Berkeley where he formerly worked as a transportation planner. Nichols, who does not own a car, has been a champion of progressive parking policies and said in an interview that traditional minimum requirements for developments have created an excess of off-street parking and have blocked the creation of affordable housing. "It's a waste of money and a waste of land," he said.

Nichols and Schaaf also recently advocated for the passage of Assembly Bill 744, state legislation that would allow affordable housing developers to bypass parking requirements. In a letter expressing support for the bill, Schaaf said that helping developers create affordable housing is critical to solving the city's housing crisis — and that making it easier for them to build less parking could make a big difference.

Oakland's planning department, as part of a citywide zoning effort, is now in the process of rewriting its off-street parking requirements — regulations that the city has not comprehensively reviewed for the last fifty years. "Obviously, the thinking has changed a lot," said Neil Gray, city planner overseeing the parking code update, which will move forward in the coming months and eventually require city council approval.