95.7 FM to Switch from Country to Sports Programming

As if country fans in the Bay Area don't suffer enough! Today brings sad news for followers of the 95.7 The Wolf, formerly the Bay Area's home for contemporary country music: according to the Chron's sports blog, as of 10 a.m. today, the station switched to an all-sports format and will soon be changing its name from The Wolf 95.7 to the much-less-evocative SportsRadio 95.7. Per Susan Slusser at the Chron, "the station promises A's and Sharks' programming, with on-air personalities and other programming to be announced at a later date." Execs from Entercomm, the station's parent company, are also apparently in talks to broadcast from Stanford and Cal.

Insert achey-breaky heart reference here. But on the real: RIP, The Wolf. You will be missed. 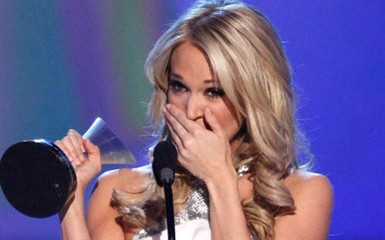