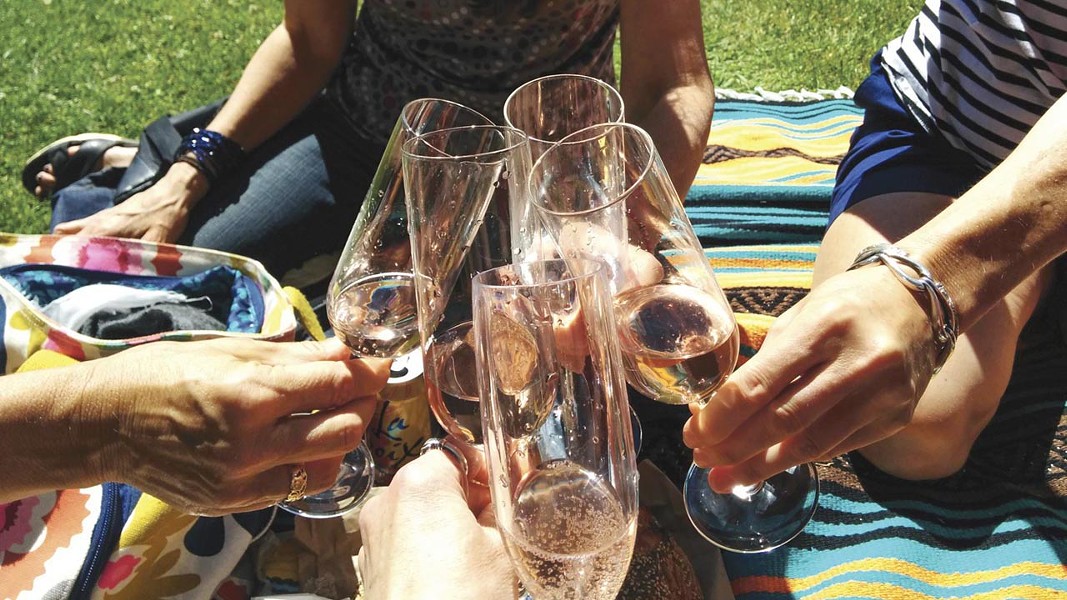 This week, Free Range Flower Winery in Oakland is celebrating its first anniversary in business with events at alaMar, Revival, and Wine & Design. It's one of the few flower wineries in the country — and the only in California, according to Free Range Flower Winery's owner and winemaker Aaliyah Nitoto, who founded the business along with former Express contributor Sam Prestianni.

For the uninitiated, flower wine is made entirely from flowers rather than grapes. Though many people today have never tried flower wine, it's actually part of a longstanding tradition of garden wines that were made in many parts of the world — often by women. According to Nitoto, flower wines were actually the earliest wines made in the United States. In the past hundred years or so, flower wines have become virtually unknown, and Nitoto is part of the movement to bring them back.

Free Range Flower Winery currently offers three types of flower wines. "L" Lavender Wine, which was the first wine Free Range Flower Winery produced, is a dry, lightly effervescent wine made of lavender flowers, with notes of licorice and juniper. There's also a Sunset International Wine Competition Silver Award-winning wine called RoseHybiscus, made of a blend of rose petals and hibiscus flowers for a flavor that's earthy, rounded, fruity, and herbal. For the anniversary, Flower Winery will also be offering tastes of the newest "R" Rose Petal wine, which Nitoto describes as having a "spicy flavor that's more on the smoky side." A marigold wine is also in the works and is expected to be released in time for the holiday season.

Nitoto said that after a year in business, the community has received her flower wines even better than she expected. At the very first pop-up, she sold out of lavender wine. Ever since then, the small-batch winery has "just been trying to play catch up with the momentum," she said. Part of the appeal, Nitoto said, is that flower wines are such a unique experience for many customers.

"When I serve it to people, I preface it by saying, what I want you to do is take any expectation that you have about wine out of your mind and just let the experience tell you what it is. Let the wine tell you what it is. When they drink it, they're like, 'Oh my god, you're right, this is like nothing I've ever had before."

To celebrate the winery's anniversary, three events will take place in Oakland and Berkeley. The first is a dinner on Thursday, July 11, from 5 p.m. to 9 p.m. at alaMar in Oakland (100 Grand Ave., Suite No. 111). Chef Nelson German has created a special menu of dishes like charred heirloom carrots and braised oxtails, which are designed to pair with each of the three wines. There's also a dinner on Friday, July 12, from 5 p.m. to 9 p.m. at Revival Bar & Kitchen in Berkeley (2102 Shattuck Ave.) featuring dishes from Chef Amy Murray like trout roe deviled eggs and beet and burrata salad. Lastly, there'll be a tasting event on Sunday, July 14, from 1 p.m. to 5 p.m. at Wine & Design in Oakland (204 Broadway) where guests can taste flights of wine accompanied by cheese and charcuterie plates from Piece & Love Meals, and even paint their own wine glasses for an extra fee. Reservations are recommended; to reserve, visit FreeRangeFlowerWinery.com.