The new program, which is expected to be in operation by December, addresses a gap between California food safety laws and the East Bay restaurant scene. 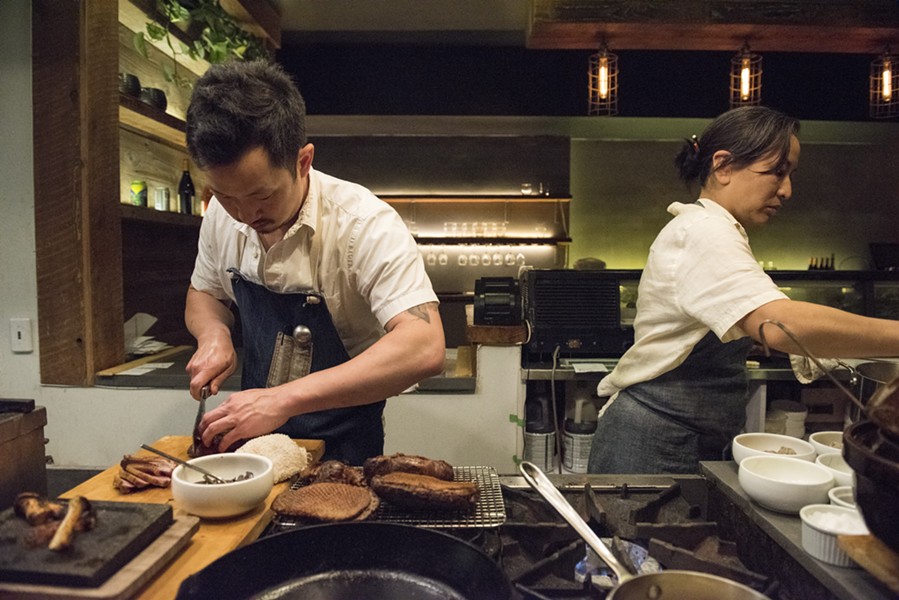 Restaurants such as Nyum Bai and Augie’s Montreal Smoked Meat both started as humble pop-ups with unusual concepts, and today, they operate as successful brick-and-mortars. That’s why the East Bay restaurant industry was shocked when an Alameda County health inspector shut down Nokni, a Korean ssam pop-up inside the Kebabery, on Aug. 21, declaring that “pop-ups are illegal.”

On Sept. 10, recognizing the important role pop-ups play in the East Bay restaurant industry, the county announced its decision not to enforce laws prohibiting pop-ups until it could establish pop-up regulations. “The pop-up restaurant scene here in Alameda County is important and evolving faster than existing food safety laws,” said Wilma Chan, president of the Alameda County Board of Supervisors, during the September meeting.

San Francisco has explicit regulations regarding pop-ups, while Contra Costa and San Diego counties have used existing regulations within the California Retail Food Code to allow for them. Ronald Browder, director of the Alameda County Department of Environmental Health, reviewed these counties’ regulations while developing the county’s new pop-up program, which will explicitly allow for pop-ups using existing California Retail Food Code provisions.

At an Oct. 8 board of supervisors meeting, Browder laid out the proposed regulations for Alameda County’s pop-up program. Under the proposal, pop-ups may be hosted only in permitted food facilities, known as host facilities. Host facilities will be required to notify the health department of all proposed pop-up operations and submit an application, including dates and times of operation, a proposed menu, and a to-be-determined fee. Pop-ups must also have a person-in-charge from the host facility, and there must be at least one person with a food safety certification on staff. Only an ABC license holder may serve alcohol. The program is expected to be go into effect by December. Sherri Willis, public information officer for the Alameda County Public Health Department, said these proposed regulations are still open for comment and subject to change.

Chan praised the health department for quickly developing the pop-up program to address the discrepancy between state law and the current reality of the East Bay food scene. However, Steve Joo, one of the chefs from Nokni, said at the meeting that the health department was “a little out of touch” with the food industry today, referring to restrictions regarding menu changes and that some staff he spoke with from the Department of Environmental Health didn’t know what a pop-up was. The supervisors noted that the Department of Environmental Health would be open to discussing these issues with Joo and other pop-up owners in the future.