What Berkeley's 'Disposable-Free Dining' Plastics Ban Would Mean for Restaurants 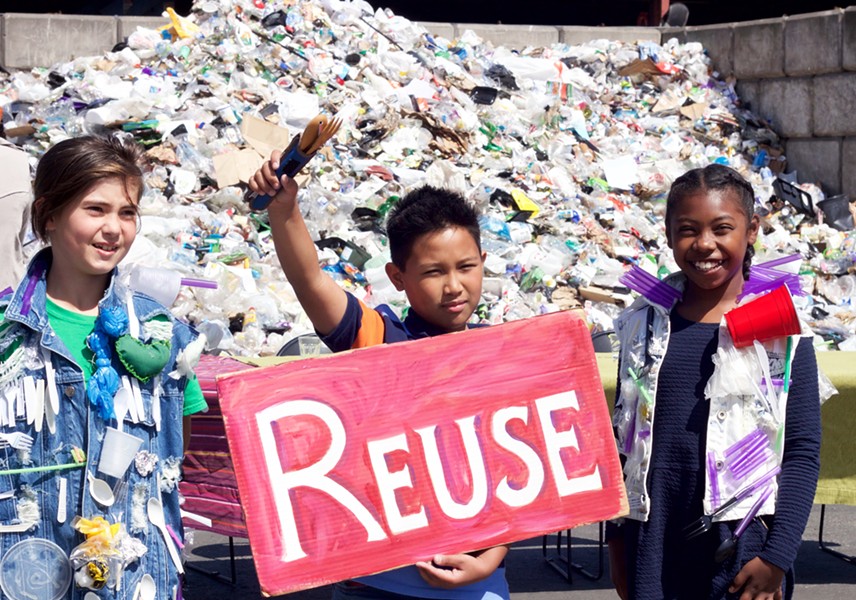 First, it was Styrofoam. Then it was plastic bags and plastic straws. Now, the City of Berkeley is proposing a ban on all single-use, non-recyclable plasticware.


According to a study from Oakland-based nonprofit Clean Water Action, containers from restaurants is the biggest source of street litter; much of it gets washed down the storm drain into waterways and is sometimes eaten by marine animals.

A new proposed ordinance from Berkeley, dubbed Disposable-Free Dining, is likely the most sweeping and comprehensive plastics ban legislation in the country. It’s co-authored by Berkeley Mayor Jesse Arreguín and Councilmember Sophie Hahn.

So, what exactly does the ordinance state? First of all, all dining-in experiences will use real silverware and plates. Second, any takeout containers will need to be either compostable or recyclable, and the recyclables will need to comply with a city-approved list. Customers will also be charged for to-go cups or containers at 25 cents apiece. Finally, straws, utensils, condiments, and the like will only be given upon request. (There’s an opt out for businesses who can’t make the changes due to financial circumstances, giving them an extension of up to three years, and customers on WIC or CalFresh won’t be charged for not bringing their own containers). The goal is to encourage people to bring their own takeout containers, similar to what’s been happening with the ban on plastic bags at grocery stores.

Berkeley hopes to be a zero-waste city by 2020, and this is one move toward that goal. But another reason is that much of the cheap, recyclable plastics was shipped to China in the past; in January, China announced that the country will no longer accept our recyclables. “We’re used to exporting our plastics overseas,” said Martin Bourque, director of the Ecology Center, the nonprofit recycling center for Berkeley. “Why aren’t we handling our own problems in California?”

Several East Bay establishments already comply with the new ordinance. Eric Fenster, owner of Gather in downtown Berkeley, said his restaurant opened in 2009 with this ethos and that he wholeheartedly supports the ordinance, but he also understands that other restaurants may have challenges. More and more fast-casual restaurants, for example, are focused on takeout and
delivery — some even serve food exclusively in disposable containers. “It’s tricky, I recognize,” Fenster said. “I think the key to this is really going to come with the right resources for businesses so that it’s not hard for them to make the shift. Businesses are already so hard to run.” He hopes to push it even further with his own establishment, and may use reusable, to-go containers down the line.

A few cases studies from Clean Water Action show that businesses can actually save money in the long run — anywhere from $1,000-$22,000 a year when customers use reusable plates, cups, and forks instead of disposable ones. There might be more upfront costs, such as buying reusable plates, silverware, and even a dishwasher in some cases, but in the long run, it may lead to savings. “There’s a return on that investment,” said Samantha Sommer, waste prevention program manager at Clean Water Action.

The new law still needs to be voted on, likely in the fall, by Berkeley city councilmembers. The authors hope that it will go into effect in 2019.