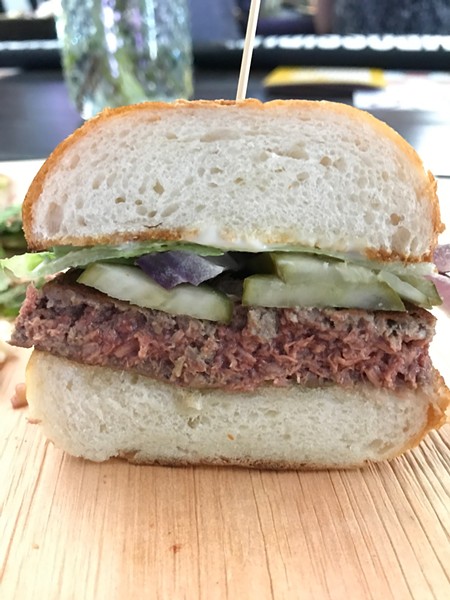 Oakland A's fans can now order Impossible Burgers, vegan patties that look and taste remarkably like beef, on game days at the Coliseum.

The Coliseum is the first professional sports stadium to carry Impossible Burgers, which are manufactured in East Oakland just minutes from the ballpark. "What a perfect pairing," said Effie Speigler, the executive chef of Spectra Food Services & Hospitality, which manages the Coliseum's concessions.

Speigler said adding Impossible to the selections speaks to Spectra's "wanting to be part of the future of food."

"We have ideas and visions to be doing other applications with this product," he continued. Spectra manages about 175 stadiums around the country, so the Oakland-made faux meat could have a much further reach very soon.