For the first time, two Oakland chefs are competing on the culinary competition. 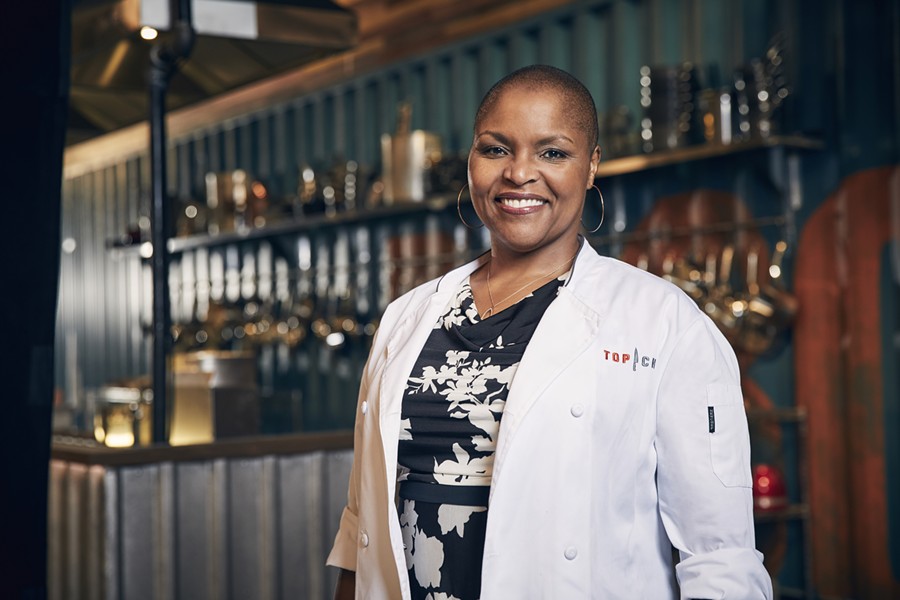 For the first time, two Oakland chefs are competing on Top Chef: Holland, the chef-owner of Brown Sugar Kitchen, and Tu David Phu, who runs the pop-up ĂN: A Vietnamese Dining Experience. While San Francisco chefs often appear on Top Chef — this season, there’s Rogelio Garcia of The Commissary and Melissa Perfit of Bar Crudo — the East Bay has yet to be represented. (Preeti Mistry of Juhu Beach Club and Navi Kitchen and Jen Biesty of Shakewell were both living in San Francisco at the time of their appearances.) The premiere airs Thursday, Dec. 7, on Bravo.

“Hopefully it’ll continue to shed some light on what we’re doing out here,” Holland said.

Top Chef is the most widely respected culinary competition show on television right now, known for catapulting contestants to new heights. Phu, a longtime fan, actually applied for season 14 and didn’t make the cut. Producers invited him back for this round, though, and he found out the same month the San Francisco Chronicle named him a 2017 “Rising Star Chef.” Meanwhile, Holland
said Top Chef has been asking her to come on the show for years. This time, she accepted to help bring attention to Brown Sugar Kitchen as it expands to Uptown Oakland and The Ferry Building in San Francisco. Competing on Top Chef in order to promote new projects is pretty common for more seasoned chefs. But Phu, a former executive chef at Berkeley’s Gather with stints in fine dining destinations such as Chez Panisse, Quince, and Gramercy Tavern, is looking to move into the nonprofit sector. The Vietnamese-American, West Oakland native wants to positively impact lower-income folks in the Bay Area. He’s looking toward quick-service instead of fine dining — “food that affects the masses, not just the top 5 percent,” Phu said. “I’ve worked fine dining most of my life and I wasn’t able to serve and feed people I grew up with.”

In addition to representing Oakland, Holland and Phu bring welcomed diversity to the show. Typically, the Top Chef cast is primarily white and winners have been disproportionately white and male. One Vietnamese-American chef, Hung Huynh, found victory back in season three, but a Black woman has yet to win.

The chefs are sworn to secrecy about what happens the rest of the season, though they can speak generally about the experience. “It was physically demanding, mentally demanding, a lot in the way working in a restaurant is,” Holland said.