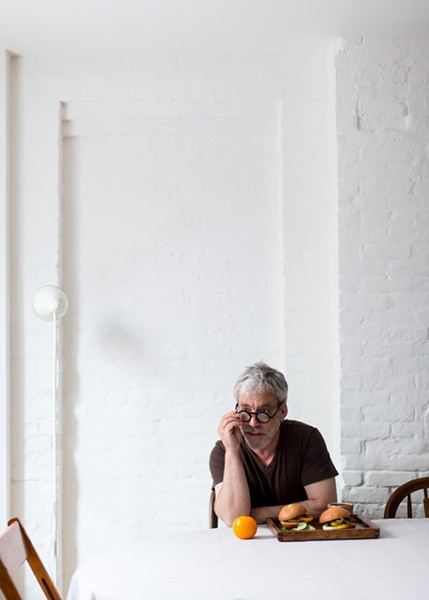 It may feel a little counterintuitive to buy a book that’s all about cooking from whatever looks good at the farmers’ market — a style that doesn’t exactly lend itself to recipes. To go to the market with an exact list of ingredients in mind is exactly what David Tanis argues against in his new book, David Tanis Market Cooking: Recipes and Revelations Ingredient by Ingredient (Artisan, $40). Yet with a little time, home cooks can reach that level of confidence, he says, and we all have to start somewhere.


Tanis was the head chef at Chez Panisse for 25 years, so he knows a thing or two about coaxing tremendous flavor out of the humblest of vegetables, such as the dirt-stained beet that graces the cover. He ultimately left the Berkeley restaurant to shift into a food writing career in New York, penning cookbooks as well as the popular “City Kitchen” column for The New York Times. In David Tanis Market
Cooking, his largest and most comprehensive cookbook to date, his words read as patient, funny, and understanding — the ideal companion on your seasonally focused culinary journey. 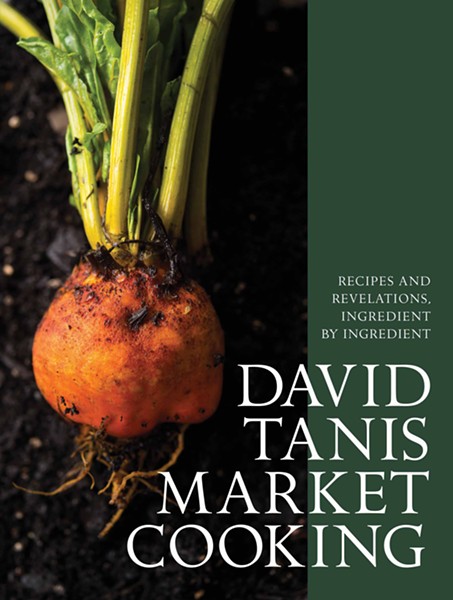 The book is divided by ingredient, devoting pages just to garlic, onions, and salad greens. At a time when famous chef-driven cookbooks are becoming more and more like aspirational coffee table books — beautiful but full of eight-hour, six-component recipes you’ll probably never work through — it’s a delight to return to straight-forward simplicity and accessibility. You’d expect that from the former Chez Panisse chef, just as you’d expect the welcomed emphasis on vegetables. But given Chez Panisse’s French and Mediterranean leanings, you might not expect such an international palette of flavors from Tanis. He surprises with the likes of Moroccan-spiced carrot salad, Japanese eggplant with miso, and Lebanese caramelized onions. In our restaurant-obsessed era, mixed in with Blue Apron conveniences, David Tanis Market Cooking
makes a compelling case for staying home and cooking from scratch.

Tanis has been in town promoting his book. Tickets are still available for a dinner party at Camino (3917 Grand Ave., Oakland) on Sunday, Nov. 12. They cost $110 include a three-course meal, drinks, and tip, and copies of the cookbook will be available to have Tanis sign. Tanis is actually Camino owner Russ Moore's mentor, as Tanis hired Moore at Chez Panisse 30 years ago. You could also attend special dinner with Tanis at his old stomping grounds, Chez Panisse (1517 Shattuck Ave., Berkeley), on Wednesday, Nov. 15. The $140 meal includes a signed copy of the book. Call (510) 548-5525 for reservations.