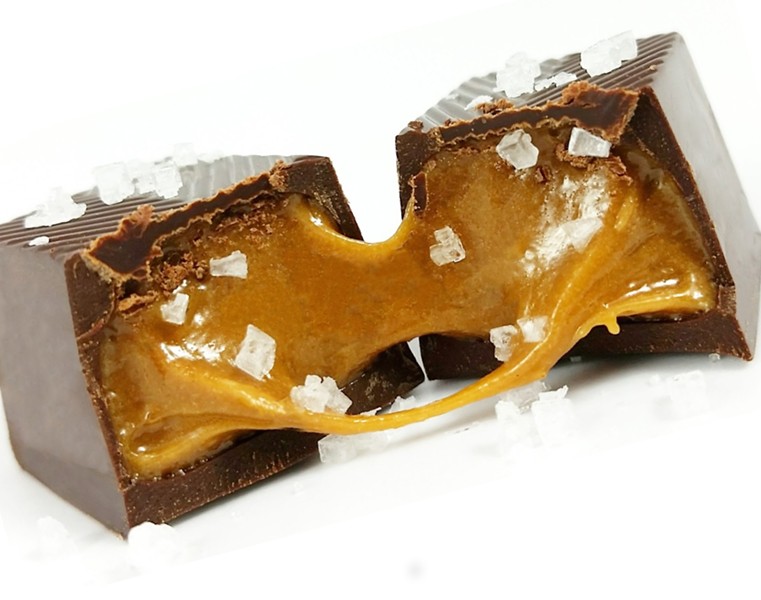 Chocolate is one of our favorite guilty pleasures. Oakland’s Sean Jewell wondered if he could take the guilt out of chocolate, moving the food’s connotation from a dessert to a neutral pleasure. With that in mind, he launched Coracao Chocolate, an Oakland-based chocolate company that crafts fair-trade and more healthful chocolates for the East Bay.

The primary reason chocolate is often coined as a junk food is due to the addition of artificial ingredients; in mainstream chocolate bars, corn starch and cane sugar often make up a large percentage of the candy’s formula. Coracao diverges from this by using 81 percent cacao in its classic chocolate recipe, “putting as much of the good stuff in as possible,” Jewell said.

Additionally, the chocolates are sweetened with coconut sugar — a natural sweetener that's 50 percent lower on the glycemic index than cane sugar.

The East Bay is quite literally eating up these health-focused chocolates, with Berkeley grocers confirming that the confections are flying off the shelves. The shift toward healthier and organic ingredients is nothing new in the Bay Area, but the trend is more recent for the chocolate industry. Even though Coracao has been around since 2008, Jewell is seeing an explosion in demand as consumers increasingly prioritize nutritional value and sustainability.

“People want to eat the foods they love while still making health a priority,” Jewell said, adding that “obesity and diabetes are on Americans’ radar now more than ever before.”

In effort to chase this demand for “purer” chocolate, Coracao launched a Kickstarter campaign to raise funds for new production machinery. Jewell’s goal is to increase production efficiency so products can drop in price, as the company’s products are currently made by hand and sit on the higher-end of the chocolate scale.

The Kickstarter campaign ends on Nov. 9 at 9 a.m.