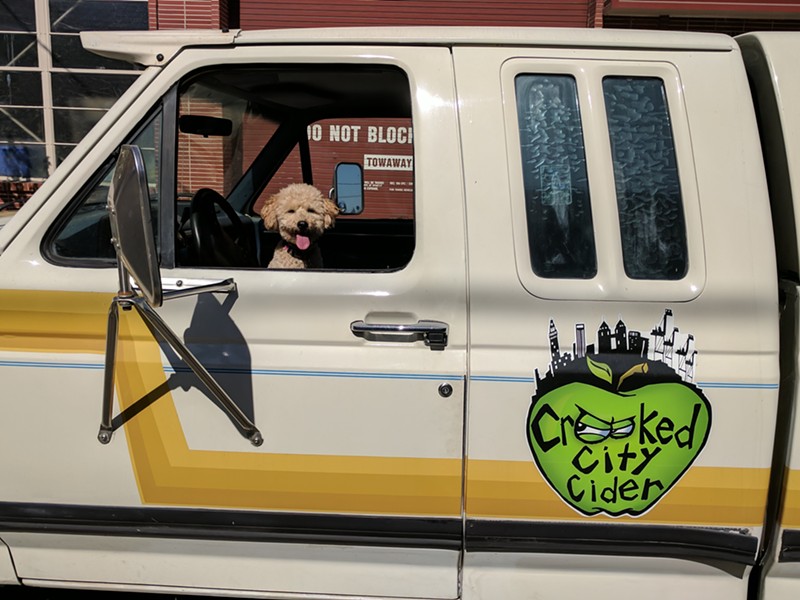 Oakland is about to get a full-fledged cider bar.


Crooked City started informally in Bushouse’s basement about three years ago, becoming Oakland’s first official cidery in 2015. It’s basically a one-woman show, with Bushouse currently pouring out of a small tasting room (477 25th St.) shared with Two Mile Wines and Oakland Spirits Co. There, she can only serve three days a week and use four taps.


“It’s gonna allow us to have a lot more cider on tap and obviously feature ciders from all around,” Bushouse said.


To start, she’s thinking about five taps dedicated to Crooked City — she currently makes six ciders on an ongoing basis — and maybe 15 to guest ciders, plus a few for beers. Crooked City specializes in dry, unfiltered ciders with no added sugar, but Bushouse is excited to showcase a variety of cider styles: sweet, dry, off-dry, tart, farmhouse, and so on.


The new space also has a kitchen. Red Door Catering signed on to handle the food — expect soups, salads, and sandwiches with vegan and gluten-free options. (Crooked City's ciders are also gluten-free.)


Bushouse plans to keep the shared taproom space in Uptown, Oakland, so regulars won’t have to venture farther for their growler refills. Today, she’s celebrating at the new location with free cider from 5 to 7 p.m. — just know there’s no seating, lighting, or much of anything at the space yet.