Proposition Chicken to Open a Second Location in Oakland

The Hayes Valley restaurant is coming to Lakeshore Avenue.

Oakland chicken lovers will soon have another option for their poultry cravings. After four years of running their San Francisco location in Hayes Valley, Proposition Chicken is opening a second location in Oakland (3260 Lakeshore Ave.) next Wednesday.

If the name didn’t give things away, the wall-sized, rooster photo dominating the restaurant’s casual dining room most certainly will. Theses guys and gals are chicken fanatics. And while its owners have some Bay Area, barbecue credibility — co-owner Elizabeth Wells also owns Southpaw BBQ in San Francisco — don’t expect hamburgers or pork sliders. This is purely a chicken affair.

The simple menu allows them to focus on freshness and consistency. All of their chickens are free-range, antibiotic-free, and take 48 hours of brining, prepping, and marinating before they hit your plate.

The restaurant serves their chicken three ways: fried, flipped (24-hour rotisserie roasted), or fake, if meat isn’t your thing. You can get it in a sandwich, in between a baked roll with spicy slaw and mayo ($10.75), or in a salad, with kale, romaine lettuce, black pepper Parmesan dressing, and other fixings ($11.75). You can also get it as an entree with a sweet buttermilk biscuit and a tomato cucumber salad ($12.75). The fried chicken comes in a gluten-free option as well. 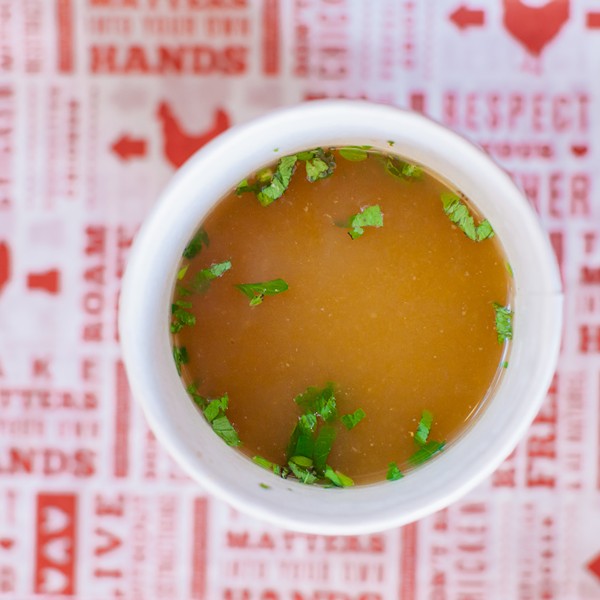 And wing fans need not worry. The restaurant serves traditional buffalo wings, with classic blue cheese dressing, as well as honey-mustard style and BBQ ($7.75). Sides include hand-cut fries with crispy sage and malted mayo ($3) and chicken bone broth, made in-house ($7.75). The restaurant will also serve beer and wine.

Founder and co-owner Ari Feingold, who also owns Straw in Hayes Valley, said he came up with the idea for Proposition Chicken in 2012, when he heard a certain fast food restaurant’s views on gay marriage.

The restaurant’s official opening is Wednesday, Sept. 13, but if you want a sneak peek, they are giving away free chicken sandwiches on Sunday, Sept. 10, from 11 a.m. to 2 p.m.