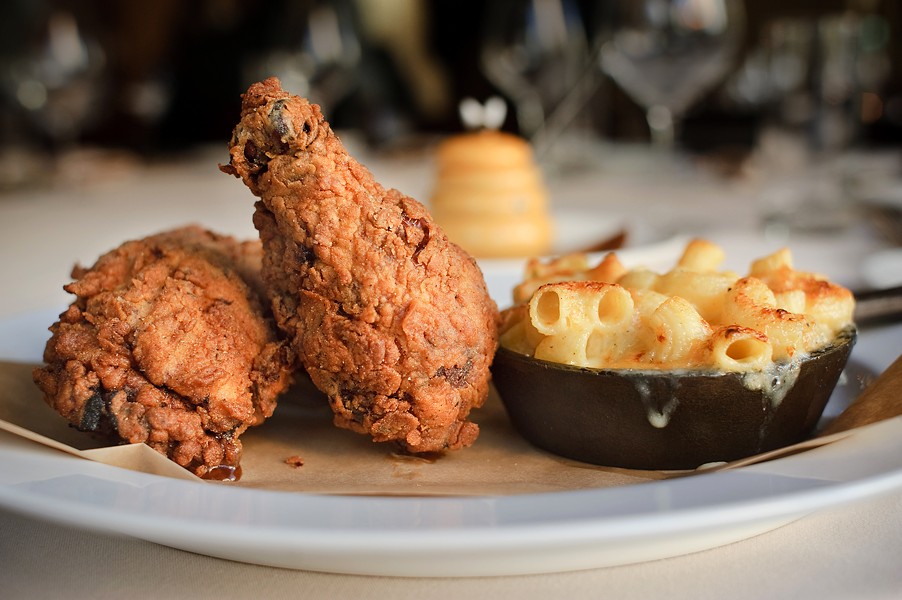 Picán Restaurant opened in Uptown Oakland in March 2009, before the Broadway neighborhood evolved into a hip hospitality district. This Sunday, however, the expansive Southern dining spot will serve its final plate of fried chicken and close its doors.

Picán's general manager Trevor Little told the Express that he hopes the shuttering will be temporary. "We're looking at this as a hiatus," he said on Wednesday just before dinner service. "It's a great location. It's just unsustainable."

Indeed, Picán is one of the largest downtown restaurants, at 6,500 square feet, which Little described as "enormous." He praised his "wonderful, hard-working staff," but joked that they have to "run the length of a football field to bus a dish," and that it is very costly to staff for such a large room.

Ozumo, a similarly large Japanese restaurant on the same block as Picán, also recently closed in the fall of 2016.

Little also cited increased dining competition in Uptown, and what he described as a 30 percent increase in labor costs in recent years, as additional reasons for the hiatus.

In a 2009 review of Picán by the Express, critic Matthew Stafford wrote that Uptown Oakland "was a ghostly, decrepit shadow of those early-20th-century glory days" back then, but that Picán was "an anchoring restaurant worthy of the neighborhood's aspirations."

Today, Uptown is hopping — "and we’ve kind of fallen victim to the success," Little explained.

Nevertheless, Picán hopes to re-open in the same location, but with a smaller footprint. In the meantime, loyal customers can visit Playt, in Hayward (1036 B Street), “which is the same kind of Southern concept, but more causual,” Little explained.

Picán will serve dinner Wednesday through Sunday, and also brunch on the weekend. Learn more at PicanRestaurant.com.