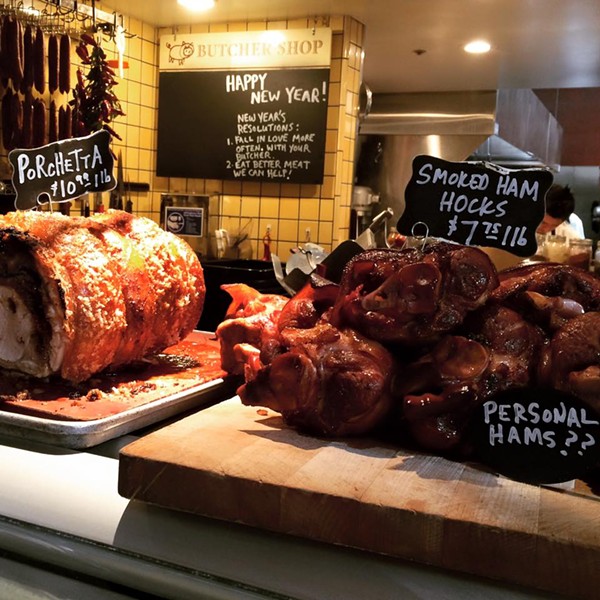 1) The East Bay is losing another legacy restaurant: Berkeley’s Cafe Rouge (1782 Fourth St.) — which just recently celebrated its 20th anniversary — announced that its last day of business will be December 30, Inside Scoop reports. The restaurant/butcher shop was an early pioneer in the hybrid model that places like Clove and Hoof have since adopted. Owner Marsha McBride attributed the decision to ongoing staffing shortages and said the new business that’s taking over the space — stay tuned for details — won’t be keeping the butcher shop component in place. I’ll miss their dry-aged steaks and their ground beef, which made for some mighty fine burgers.

3) Oakland’s Grand Bakery (3264 Grand Ave.), another East Bay institution and one of the Bay Area’s few remaining kosher bakeries, will permanently close on Friday, December 23, JWeekly reports. The owner, Bob Jaffe, is retiring. Go snag a black-and-white cookie while you still have a chance.

4) One more closing that I’m sad to report: It appears that Souls Restaurant (6403 Foothill Blvd., Oakland) — a church-owned soul-food restaurant that offered one of the most resplendent Sunday buffet spreads in town — has been closed since October.

5) Baron’s Meats, Alameda’s gem of a butcher shop, is expanding to the other side of the bay. Eater reports that owner and veteran butcher/charcuterer Dave Samiljan is taking over the former Drewes Meats location in Noe Valley.

7) Two food events of note: Tonight, from 6–9 p.m.Camino (3917 Grand Ave., Oakland) is hosting a dinner party with Chez Panisse chef Cal Peternell in celebration of his new cookbook. And on Saturday, December 17, 2 p.m.–sundown, the Mandela Foods Cooperative (1430 7th St., Oakland) will host SimpoTiempo, a “pop-up market party” whose mission is to promote local businesses that are owned and operated by people of color.