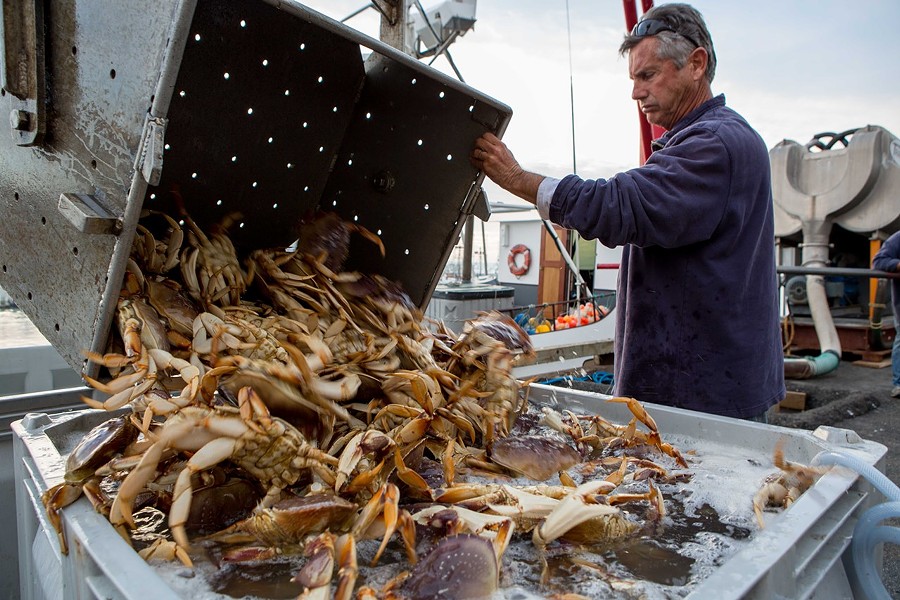 1) After a toxic algae bloom wreaked havoc on last year’s Dungeness crab season here in Northern California, Bay Area crab fishermen and crab eaters are keeping close tabs on the domoic acid levels in waters off the coast of California ahead of the traditional November 15 kickoff to the commercial crab season. So far so good, the Chronicle reports: While some domoic acid has been detected up and down the coast, state health department officials say the levels are normal for this time of year. Fingers crossed that that bodes well for those of us hoping to have Dungeness crab for Thanksgiving this year.

2) It looks like Oakland restaurateur Chris Pastena (Chop Bar, Calavera, Lungomare) is getting into the airport-food business: Eater reports that he’s collaborating with Manchester Airport Group to develop the food menu for a fee-based waiting lounge called “The Escape Lounge” at Oakland International Airport. The idea is customers to pay $40 for access to an all-you-can-eat spread of food, a full bar, Wi-Fi, and other amenities while they wait for their flight. The lounge’s ETA is November 1.

3) Berkeleyside Nosh reports that Four Barrel Coffee is opening a new roastery in Jack London Square that will eventually serve as the company’s main production facility.

5) Actual Cafe (6334 San Pablo Ave., Oakland), one of the places plugged in our “breakfast without a line” roundup, recently announced that it has expanded its daily, all-day menu to include several dishes that were previously only available during weekend brunch. The restaurant also recently ditched table service.

7) Finally, please read all the awesome articles in this week’s food-focused issue of the Express — in which, among other stories, I proclaim Hayward to be the East Bay’s most underrated food city. (In fact, you should really pick up a hard copy of the paper if you can — the website doesn’t quite do justice to things like this killer comic about the longstanding hotdog rivalry between Kasper’s and Caspers.)