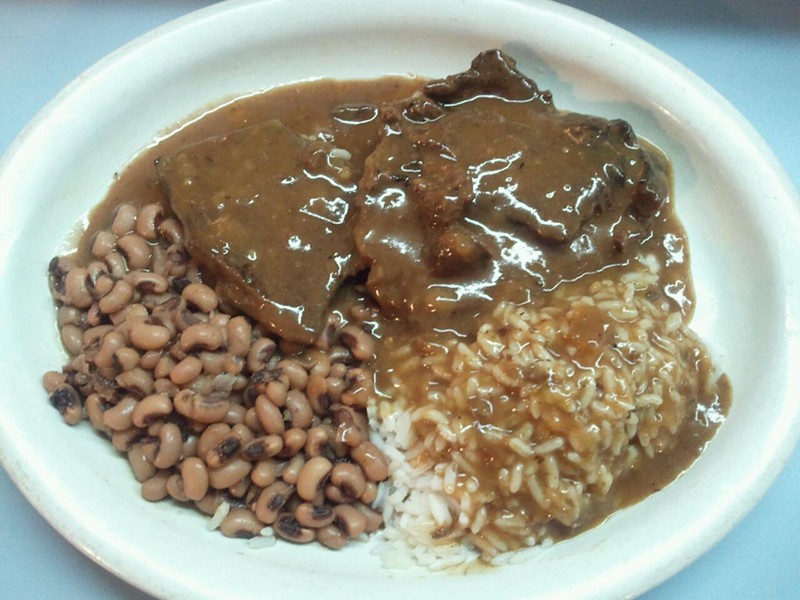 It’s the end of an era: Nellie’s Soulfood (1155 3rd St.), one of Oakland’s longest-running soul food restaurants, will close its doors for good on Thursday, June 30.

The West Oakland restaurant will host a free community dinner on Monday, June 27 — tonight — from 5 p.m.–9 p.m. The event is open to the public, with live music and a menu featuring familiar standbys such as barbecue ribs, fried chicken, and fried fish.

Neither the restaurant’s founder, Nellie Ozen — who, even now that she’s in her eighties, still gets up at 4 a.m. every morning to cook, I’m told — nor her daughter Quinnette Ozen, who is in charge of day-to-day operations, could be reached for comment at the time of this posting. But according to Njelela Milele, a longtime employee, Nellie opened the restaurant sometime during the Sixties. Now, she and her daughter are ready to retire.

Milele also told me that the restaurant has been sold. While she doesn’t know the new owners’ plans, she doesn’t believe they plan to operate the space as a restaurant.

Nellie’s is the latest in a string of historic Black-owned restaurants in Oakland to shutter in the past year. Art’s Crab Shack and Dorsey’s Locker — North Oakland institutions with some 120 years of history between them — both closed for business in 2015.

Meanwhile, longtime Nellie's customers have until Thursday to say their goodbyes, get their smothered-oxtails or fried-chicken fix, and give the old jukebox one last go.