Also: North Oakland Gets a Kebabery, and Temescal Brewing Opens for Business 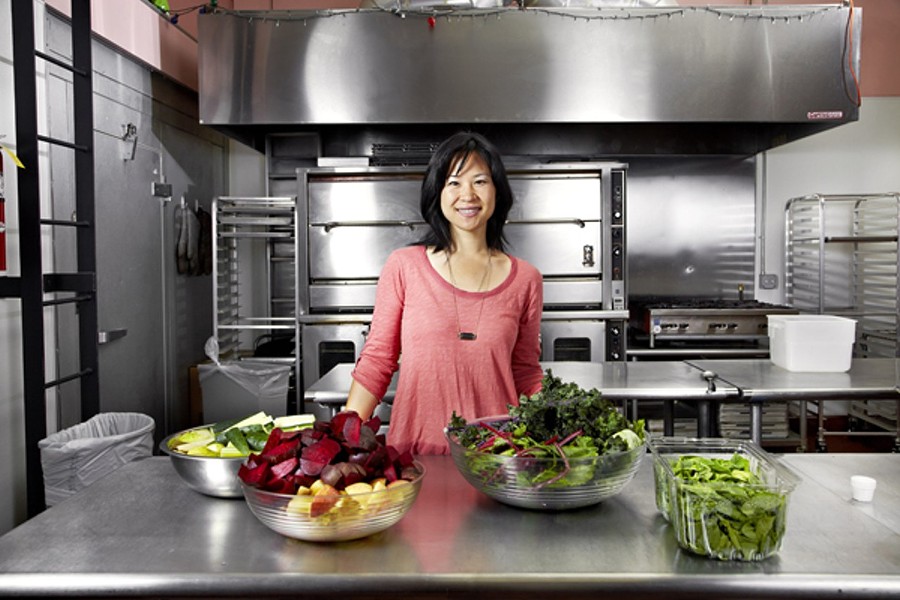 1) Long-time What the Fork readers may recall a 2014 story I wrote about the Kitchener Oakland’s plans to open ambitious new takeout window that would showcase dishes from a rotating selection of the food artisans who use the commercial kitchen as their home base. At the time, I said it had potential to be “the most innovative food-business model to hit the Bay Area” since Guest Chef.

A brief update: Kitchener owner Sophia Chiang tells me that the takeout window project is still happening, but wound up being a lot more expensive than she’d initially estimated — she’s in the process of cobbling together the last $15,000 that she needs. Good news in the meantime: Kitchener has partnered with a new startup called Nom Nom, whose online platform allows customers to order food from Kitchener food artisans for pickup (at 372 24th St., Oakland) — during lunch hours only for now.

2) If you’ve been wondering what would become of the former Salsipuedes location at 4201 Market Street in North Oakland, wonder no more: Eater reports that the owners of Camino will open a kebab-themed restaurant called The Kebabery in that space.

3) The Daily Cal has the scoop on Famous Bao (2431 Durant Ave.), a new Xi’an-inspired restaurant near the UC Berkeley campus.

5) In other booze news, a new restaurant and cocktail bar from the folks behind San Francisco’s Horsefeather is coming to a former office supplies store at 1800 Franklin Street in downtown Oakland, Inside Scoop reports. Stay tuned for the opening date and the name of the menu.

6) For everyone who complains about $16 burgers or $16 ramen — how do y’all feel about a $16 cup of coffee? Now available at a Blue Bottle Coffee location near you.

7) Not an East Bay event, but: Oakland-based cookbook author and food activist Bryant Terry’s chef-in-residency program at the Museum of the African Diaspora (685 Mission St., San Francisco) is hosting an interesting event this Saturday, June 18 featuring a group of African European chefs called the Groundnut Collective.

8) Finally, ICYMI, this Cambodian noodle pop-up at a Temescal doughnut shop looks rad, and Pal's Take Away is no more (for now).