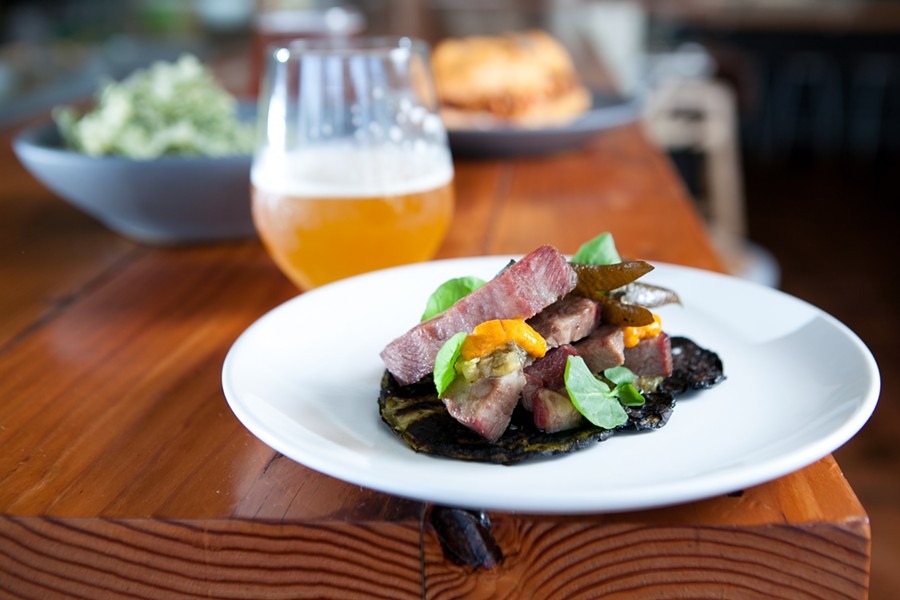 1) After about a nine-month run, Salsipuedes (4201 Market St., Oakland) has closed in North Oakland. The restaurant specialized in New Baja-style cuisine, a genre of food that isn’t really represented anywhere else in the Bay Area, and served one of the better fried chicken sandwiches in Oakland. But it seems that in the end, the restaurant — with its delicate, and somewhat expensive, small plates — wasn’t the best fit for the mostly-residential neighborhood.

“In the end, it just wasn’t exactly the right thing for that place for that moment for that time,” co-owner Jay Porter, who also owns The Half Orange in the Fruitvale district, told Inside Scoop. Chef Marcus Krauss, with his Restaurant at Meadowood pedigree, will relocate to San Diego. Stay tuned for news about a new restaurant that’s tentatively slated to take over the Salsipuedes space.

2) The downtown Oakland pizzeria Hi-Life (400 15th St.) has been rebranded as Five10 Pizza. The restaurant changed management about a year ago after former owner Damon Gallagher was embroiled in controversy over racially charged statements made in the aftermath of a shooting that took place at a nearby nightclub. It’s unclear whether Hi-Life was ever able to shake that stigma, even after the management change — either way, the owners have decided to turn over a new leaf.

When reached by phone, majority owner Marco Senghor (who also owns the nearby Senegalese restaurant Bissap Baobab) said the pizzeria is also “restructuring the hours” for its staff, which apparently will consist of fewer employees than before. According to Senghor, Five10 Pizza will have a bigger focus on delivery, which it will offer through Caviar.

3) As previously reported, Mockingbird (1745 San Pablo Ave.), the Uptown Oakland Cal-cuisine spot, is gearing up to move to a new location downtown this fall. The old location will be open through Memorial Day weekend, which means customers have a few more weeks to take advantage of the restaurant’s BYOB policy. When the new location opens, the plan is for it to have a full liquor license.

5) Temescal Brewing looks to be on track to open in June. The Express’ new editor gives the thumbs-up to two brews he sampled at a preview event last night.

6) I’m told there a still a handful of tickets available for this dinner/book launch event at Swan’s Market for Farmsteads of the California Coast, by Berkeley-based food writer Sarah Henry. The Cook and Her Farmer will cooking the dinner; see details here.