Cholita Linda Won’t Be Coming to Lakeshore Avenue After All 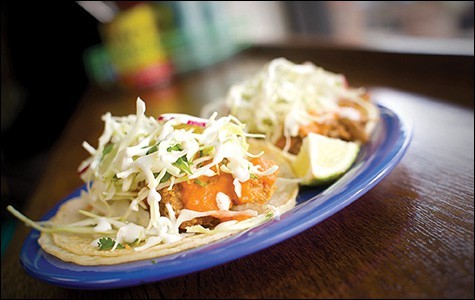 Earlier this year, I reported that diners in the Lake Merritt area would soon be feasting on Baja-style fish tacos, as Cholita Linda, Temescal’s wildly popular taqueria and pan-Latin restaurant, was set to open a second location at 3256 Lakeshore Avenue — the old Burrito Shop spot.

It turns out I jumped the gun: In an interview, Cholita Linda co-owner Murat Sozeri told me that landlords Barry and Elaine Gilbert backed out of their months-long “handshake agreement” last week, and have instead decided to lease the storefront to a falafel shop — despite the fact that the proprietors of Cholita Linda had already invested a significant amount of money into the restaurant.

Sozeri said he and the property owners agreed to terms and signed a letter of intent late last year — at which point the Gilberts and their real estate broker kept putting off sending over an actual lease for him to sign, all the while assuring Sozeri that the space was his. Then, in early March, the Gilberts finally sent over a lease that, according to Sozeri, was riddled with typos. Sozeri said that when his attorney sent an edited version of the lease back to the property owners, the broker told him the Gilberts were unhappy with the changes — and that they had, in fact, received a stronger bid from another potential tenant. Last week, the broker informed him that the Gilberts had decided to accept the other offer — from the aforementioned falafel shop.

I wasn’t able to reach the Gilberts for comment, but in a statement, their broker, Steve Banker of LCB Associates, stressed that the letter of intent was non-binding and said, “During the lease review, Cholita Linda attempted to change the economics of the agreed-to transaction.”

That’s a claim that Sozeri denies vehemently. He said the only things that his attorney corrected on the lease were typos and overly vague language, and that everything was kept consistent with the terms laid out in the letter of intent.

The worst thing about the last-minute change of heart? Sozeri said he’s already spent thousands of dollars on on an architect, an engineer, a food service designer, and more — all under the assumption that the deal was all but done, and that the Gilberts weren’t still entertaining other offers.

“If there would have been doubt, I wouldn’t have done all that,” Sozeri said. “We got screwed.”

For now, Sozeri isn’t considering any other expansion plans for Cholita Linda. It’s time to move on, he said. As for the Lakeshore residents who were hoping to have fish tacos close to home — they’ll have to move on too.