It isn’t every day that you publish an unflattering review of a restaurant only to find out, before the dust even settles, that the restaurant in question has decided to shut down. But that’s what happened this week with Antoinette, the ambitious — but deeply flawed — French brasserie at the Claremont Club & Spa, A Fairmont Hotel. On Wednesday, the hotel announced that the last day of business for the current incarnation of Antoinette will be next Wednesday, April 6, at which point the restaurant will close for several weeks and undergo a significant reboot.

See also:
Antoinette Serves Hotel Food for the One Percent

The most noteworthy change: Effective immediately, The Claremont and Dominique Crenn — the San Francisco-based star chef who, in her role as “curator” and consultant, had been the creative force behind the restaurant — have severed ties.

In a statement, a regional representative for the Fairmont hotel chain said that the two parties had “mutually agreed to end their partnership.” When the restaurant reopens a few weeks from now, it will retain the name Antoinette and the French brasserie theme, but there will be “exciting new changes” to the menu. The Fairmont would not confirm whether Justin Mauz, who had been Antoinette’s chef de cuisine, will continue to helm the restaurant’s next iteration.

When reached by phone, Crenn put a brave face on the situation, saying that while the collaboration with The Claremont didn’t work out, it wasn’t a “big deal.” “My life is great, and I’m moving forward tomorrow,” she said.

Crenn, for what it’s worth, said she hadn’t read the Express review — though she alluded to various details from the article that others had relayed to her, and acknowledged that certain aspects of Antoinette's launch had been less than ideal. Mostly, she said, it had simply proved too difficult to collaborate with a restaurant without maintaining control over the day-to-day operations.

“Chefs, when we have something that we want to put on the plate, we need to see that thing from A to Z,” Crenn said. 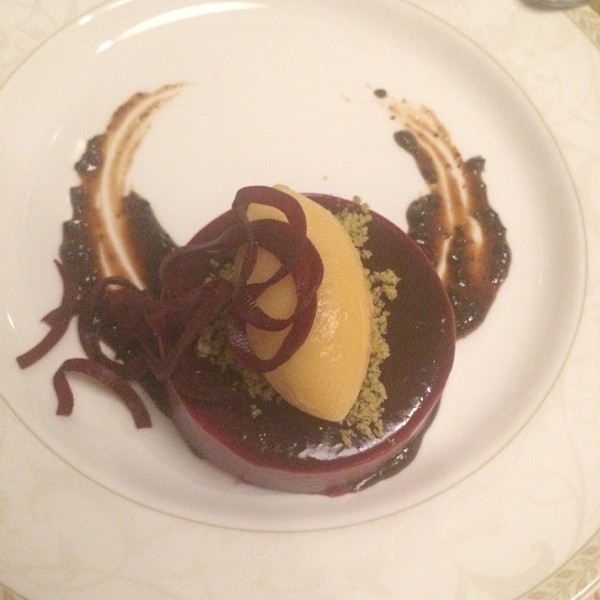 The chef didn’t respond, however, to the broader question of who was ultimately responsible for the restaurant’s underlying problems — the specific menu items, high price point, and baffling approach to service. In fact, Crenn stressed that she’s parting ways with the Fairmont hotel group on good terms.

This much is clear: If The Claremont’s goal was to make a big splash by attaching a prestige chef to its new centerpiece restaurant, it’s hard not to see the execution of that plan as an unqualified failure.