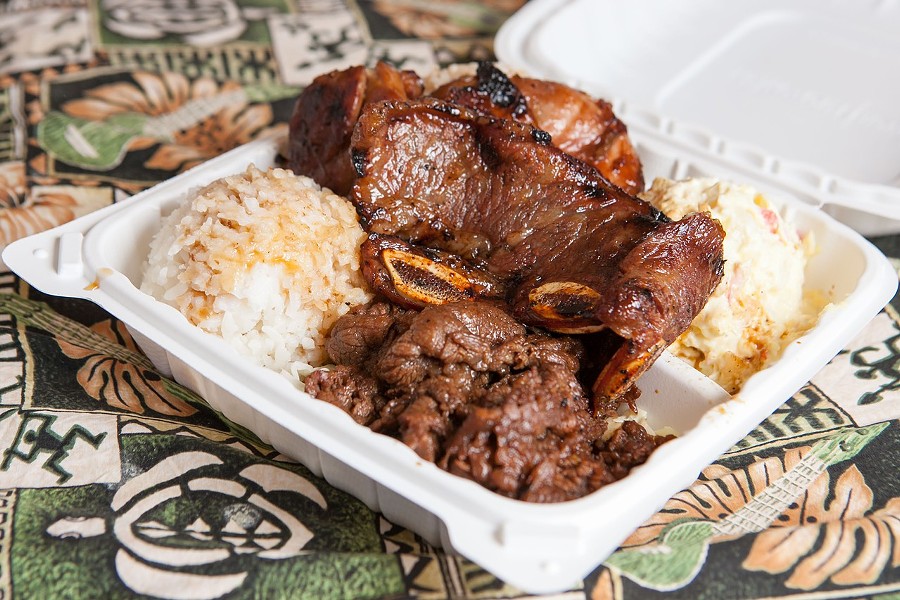 1) We’re halfway through February, but news is still trickling in about restaurants that didn’t make it into the new year. One of Oakland’s biggest losses: Mo’s Hut (2676 Fruitvale Ave.), a low-key Samoan/Hawaiian spot that was one of my favorite new restaurants to open last year, had its last day of business on December 31. According to the restaurant’s Facebook announcement, the owners are searching for a new permanent location — but possibly not in Oakland. I will miss the grilled meats, crab mac salad, and warm hospitality.

2) As if that weren’t bad enough, Berkeleyside Nosh notes that the Hawaiian plate-lunch restaurant Kau Kau Korner (1623 Park St., Alameda) also closed its doors at the end of 2015 — “due to unforeseen circumstances,” according to a Facebook post. So what is going on with the whole Polynesian food scene? Last year, the food gods gifted us with two solid Hawaiian/Polynesian spots. Now both are gone.

3) One last departure to announce: Capone’s Speakeasy (1400 Park St., Alameda) has also closed its doors. You may recall that the 1920s-style bar had one of the most inauspicious opening weekends of all time when its owner was arrested for public drunkenness and battery on a police officer — at the bar’s opening party.

4) Crab lovers got good news last week when state officials lifted the ban on recreational Dungeness crab fishing. That said, it’s still unclear exactly when the commercial crab season will start, allowing local crab to make its way onto restaurant menus and into supermarket fresh tanks. The Chronicle reports that a crab industry task force has recommended that the state wait until crabs throughout the state are safe to eat to lift the ban rather than opening up just one section of the coast. One of the fears is that the start-of-season crab “derby” — the mad scramble (which I documented in my cover story last year) wherein upwards of 100,000 crab pots get dropped all at once in a relatively small area — would be even more chaotic than usual.

6) After some speculation that it had closed for good, it turns out that Ran Kanom Thai (3288 Pierce St., Richmond) has reopened under new ownership, a Chowhound poster reports. Located inside the Pacific East Mall, the restaurant now appears to have more of a Laotian focus to its menu.

8) Finally, I wrote about a new nonprofit restaurant that a national restaurant worker advocacy group is opening in East Oakland.