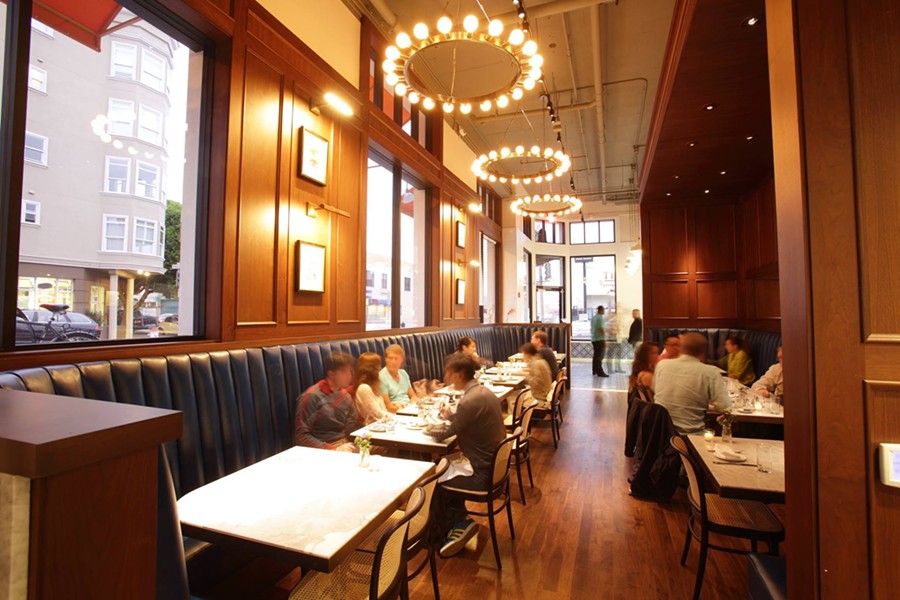 1) Today brought news that Belcampo Meat Co. has shut down its butcher shop in San Francisco’s Mission District, citing, among other reasons, logistical/marketing challenges and a desire to prioritize a new “SF location” that it plans to open (or at least announce) in March. Could that new location actually be across the bridge in Oakland, where Belcampo has its offices, rather than San Francisco? Six months ago, the sustainability-minded meat company hosted an open house at its “soon-to-be new location” at 369 3rd Street, a 5,000-square-foot warehouse in the Jack London district. And the company appears to have applied for a Type 47 (aka full bar) liquor license for that site.

All signs seem to point toward a combination restaurant/butcher shop similar to others that Belcampo runs in both Northern and Southern California. When reached by email, however, spokespersons for Becampo wouldn’t confirm plans for any new location in the East Bay. As always, stay tuned for updates.

2) The Punchdown, the Uptown Oakland natural wine bar and bottle shop that has been closed for the past two years, has reopened in a larger, newly built-out space at 1737 Broadway, a few blocks down from its original location, Inside Scoop reports. As before, the focus will be on sustainably produced wines made with no additives. Food offerings will be slightly more extensive, with nightly hot dinner specials such as short ribs and polenta — though perhaps not quite yet during this soft opening phase, as the wine bar works on getting its PG&E setup sorted out.

3) Homeskillet, a new breakfast and lunch spot, is open at 1363 Park Street in Alameda. The specialty of the house: housemade doughnuts. This appears to be a second location of the Homeskillet in San Francisco’s Union Square — with a bigger doughnut emphasis, perhaps.

4) Mooyah, a fast food chain that currently has one East Bay location in Walnut Creek, is planning to expand to a to-be-determined location in Berkeley, Berkeleyside Nosh reports. The Texas-based chain specializes in burgers and milkshakes; hence, “Mooyah.” Get it?

5) Casa Jimenez (4345 International Blvd., Oakland), the Fruitvale district restaurant that for a time was home to my favorite carnitas in the city, may have closed. A Chowhound poster reports finding the door chained shut, and the phone line has been disconnected. We’ll post an update if we get confirmation on way or the other.

7) As previously reported, Modu (4828 Telegraph Ave., Oakland) will open in Temescal as a Cal-Asian rebranding of the yakitori joint Kushido that previously occupied that spot. A quick update: The restaurant will open for two weeks as a “test kitchen” starting Friday, January 29. During this trial period, the restaurant will be open Wed.–Sat. 5:30–8:30 p.m. on a first-come, first-serve basis. Inside Scoop has a sample menu posted. The restaurant will officially open at some later point in February.

8) Berkeleyside Nosh reports that an underground gas storage tank has been uncovered on the former Oscar’s lot in downtown Berkeley, complicating the construction process for the Sweetgreens salad chain that is opening there.

9) As SF Beer Week wraps up this weekend, here’s one more event to check out on Saturday, January 30 — a “Beer & Soul” party hosted at The Good Hop (2421 Telegraph Ave., Oakland), with Ol’ Republic beer and food courtesy of the Kenny’s Heart and Soul food truck.

10) Finally, ICYMI, a new location of Cholita Linda is coming to Lakeshore Avenue, and Bun Mam Soc Trang was forced to close due to lease difficulties.