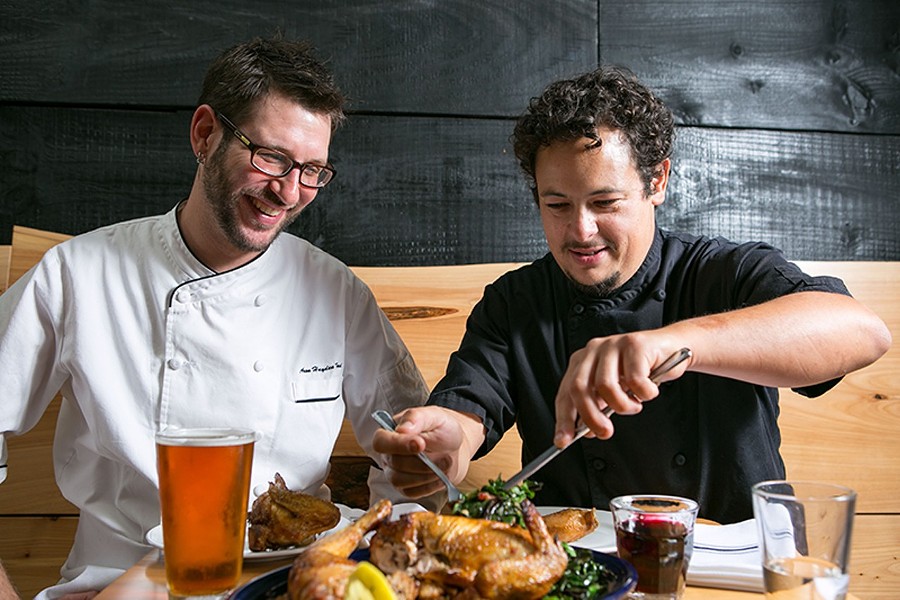 Welcome to the Mid-Week Menu, our roundup of East Bay food news — a little late this week, but better than never!

1) In case you didn’t hear, Nick and Aron’s (4316 Telegraph Ave., Oakland), Temescal’s oven-centric restaurant, had its last day of business earlier this week, a little more than half a year after it opened. When reached by email, co-owner Nick Yapor-Cox cited financial struggles as the main reason for closing. Nick and Aron’s is the second short-lived restaurant-bakery to shut down in that space in the past two years — Barkada closed in June of last year. Fans of the restaurant’s sourdough-based “Oakland-style” pizza can still get their fix not too far away, at Yapor-Cox’s original restaurant, Nick’s Pizza (6211 Shattuck Ave.). Yapor-Cox said he’ll continue to bake bread there, but for now, Nick and Aron’s extensive pastry program will be put on hold.

3) Berkeleyside Nosh has a nice profile of Imperfect Produce, an Emeryville-based delivery service focused on ugly-looking — but perfectly edible — fruits and vegetables that would otherwise go to waste.

4) Commis (3859 Piedmont Ave. Oakland) has won the lottery for a new liquor license, Inside Scoop reports. While some limited selection of cocktails might be on the way, in the near future, hard liquor at the restaurant will be limited to after-dinner digestifs.

7) For those looking to do something a little different for Hanukkah this year, the folks at the upscale Mexican restaurant Comal (2020 Shattuck Ave., Berkeley) present the Jewish-Mexican mashup they’ve dubbed “Oaxanukkah” on Monday, December 7, and Tuesday, December 8. The $70 (service-inclusive) prix-fixe menu will feature such fusion dishes as tequila-cured salmon, potato-jalapeno latkes, and braised beef brisket with ancho chile adobo.