1) Big news for those who have been wondering about the future of the former Bay Wolf (3853 Piedmont Ave., Oakland), which closed at the end of August after 40 years of business: Bay Area News Group reports that the owners of Wood Tavern have leased the building and plan to reopen it in summer 2016 as a yet-unnamed “intimate American brasserie.” Yang Peng, the executive chef at Wood Tavern and Southie, will head up the kitchen.

2) What the Fork previously noted that the old-school burger joint Oscar’s (1890 Shattuck Ave., Berkeley) would be closing soon, and that plans were already in place for it to be replaced by a Washington, DC-based salad chain. Well, now Berkeleyside Nosh reports that the closure is official. RIP.

3) Gene, of the Our Oakland blog, gave me the heads up that the owners of Claremont Diner (6200 Claremont Ave., Oakland), the Rockridge breakfast standby, are retiring. According to both a sign in the window and a note on the restaurant’s Facebook page, this Saturday, October 31, will be Claremont Diner’s last day of business. That said, it looks like the diner will live on in some new form. “Stay tuned for the new ownership of the Claremont Diner,” the note concludes. We’ll keep you posted.

4) Fresh off landing a book deal and a couple of Michelin stars, James Syhabout (Commis, Hawker Fare) turns his attention to his West Oakland restaurant The Dock (95 Linden St.), which just announced a few new offerings. The most interesting: In addition to its regular menu, the restaurant is now serving a four-course prix-fixe option for $35 per person. The sample menu Syhabout sent me includes: 1) a choice of salads (butter lettuce or cucumber sunomono), 2) foie gras mousse, 3) a choice of Monterey black cod or lamb shoulder stew, and 4) spiced date cake.

5) Mr. Dewie’s, a maker of cashew-based vegan ice cream, will open its first brick-and-mortar shop — called Cashew Corner — at 1116 Solano Avenue in Albany, Berkeleyside Nosh reports. The plan is for the scoop shop to open in the former Burger Depot location sometime around January 2016.

6) A poster on Food Talk Central notes that the new Albany location of Pho Ao Sen (665 San Pablo Ave.) — whose Oakland location is one of the best pho joints in the East Bay — is now open for business. 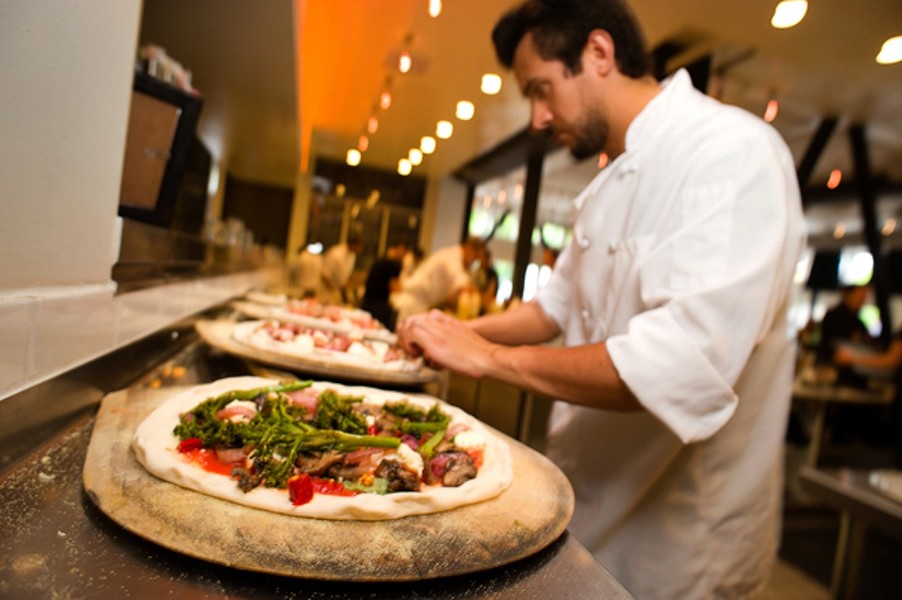 7) An update on Build Pizzeria (2286 Shattuck Ave., Berkeley), the build-your-own-pizza restaurant that closed suddenly in April, along with the downstairs nightclub Berkeley Underground: Berkeleyside Nosh reports that the original owners of the two businesses sold their stake and have now filed for bankruptcy. The future of the building is uncertain at this point.

8) The Washington Post reports that the daughter of the Buich family, which owns the beloved San Francisco institution Tadich Grill, alleges that her family cut off all ties with her because of her decision to marry an African-American man — former Oakland Raiders star Gene Upshaw. As of this posting, the Buich family has yet to respond to the allegations, but Inside Scoop notes that many who were upset by the story have take to Yelp to post angry one-star reviews of the restaurant.

9) Dia de Los Muertos is coming up, and he’s one socially conscious way you can celebrate: The Oakland Food Policy Council is hosting a “Decolonize Your Diet” event on Sunday, November 1, 4–7 p.m. The focus of the gathering? How diners can “learn about and eat the food of our ancestors as an act of love.” Guest speakers include Luz Calvo and Catriona Esquibel (authors of the Decolonize book), noted Mexican food expert Gustavo Arellano, and Oakland-based food activist Bryant Terry. Food will be provided by People’s Kitchen.

10) ICYMI, my review of an El Cerrito restaurant conceived as a “greatest hits” of regional Chinese noodle dishes prompted me to shout out a few of my favorite East Bay noodle spots.