As much as the Eat Real Festival is intertwined with the continued growth of Oakland’s vibrant food scene, at least two longtime Eat Real participants have decided that they’d like to organize their own mini food festival this year — one that’s more focused on representing Oakland.

Organized by Angela Tsay, owner of the apparel company Oaklandish, and restaurateur Chris Pastena, Town Eats will be a three-day, Oakland-centric celebration of food held at Pastena’s waterfront restaurant, Lungomare (1 Broadway, Oakland). On Saturday, September 19, five Oakland restaurants — Lungomare, Chop Bar, Haven, AlaMar, and Chowhaus — will participate in a pig roast-off, with $4 pig plates (or a $20 all-you-can-eat option) available from 1 p.m. until the last portion of pork has been eaten. 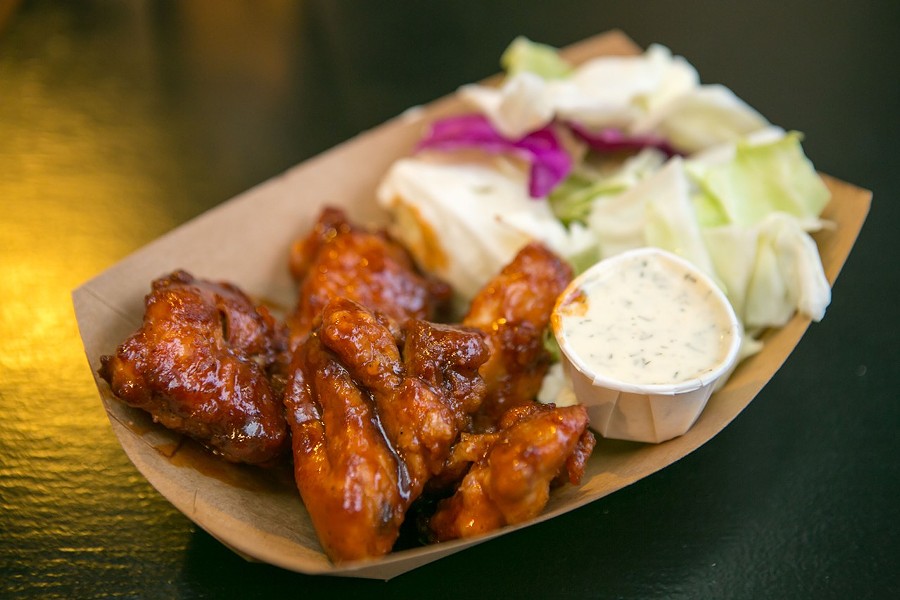 On Sunday, five local restaurants — Abura-ya, Lucky Three Seven, Blackwater Station, Revival Bar + Kitchen, and Chop Bar — will set up inside Lungomare to sell $4 bites from 11 a.m. to 5 p.m. To top it all off, event sponsors Drake’s Brewing Company and Hangar One Vodka will offer $4 drink specials all weekend long, and a number of Oakland musicians and DJs will perform.

Of course, with Town Eats positioning itself as being a festival that’s more about Oakland — and scheduling its events the same weekend as Eat Real, just a few steps further up Jack London Square — the implication seems to be that Eat Real isn’t Oakland-centric. On that subject, Tsay demurred, stressing instead the fact that Town Eats will be more low-key, appealing to locals looking for a place to do their “usual weekend kick-it” and Eat Real attendees who want to take a break from the long lines.

“The intent is for everyone to enjoy both,” she said.

In any case, Eat Real director Ally DeArman said there’s no conflict as far as she’s concerned. On the one hand, Eat Real receives far more vendor applications each year than it is able to accommodate, which has led some to have what she believes is a false perception that the festival doesn’t support Oakland vendors or that it doesn’t care about the “little guy” — despite the fact that half of this year’s vendors are based in Oakland, and almost all of them are small businesses. She acknowledged, however, that the festival poses a real challenge to the restaurants in Jack London Square and said she encourages them to run special promotions instead of just rolling with their regular menu.

For Tsay, the important thing is that Town Eats will highlight everyday Oakland businesses so that all of the out-of-towners who come for Eat Real have a reason to return.

“Oakland is just a great place to hang out even when there’s not any special event happening,” she said.