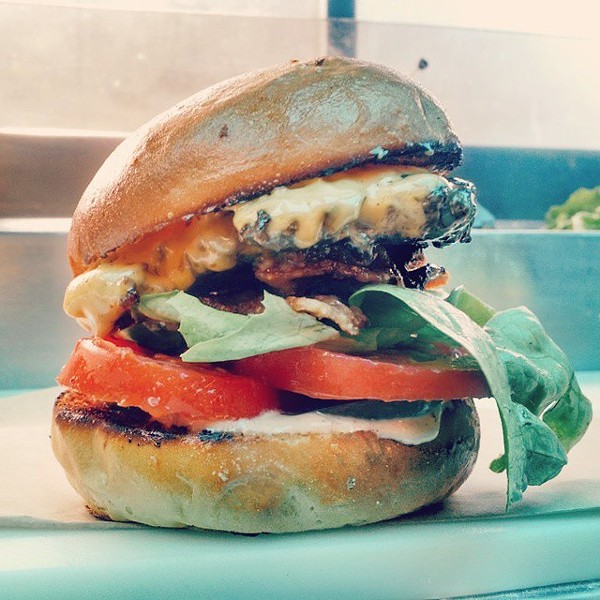 While gourmet food trucks are hardly a rarity in today’s Bay Area food scene, it was starting to seem as though downtown Oakland’s brief flowering of lunchtime “food pods” — a weekly convergence of three or four trucks, typically — had become a thing of a past, despite the convenience they offered to nearby office workers. But on Wednesday, July 15, one of those pods will mark its return: the Snow Park Food Pod. Three trucks — Doc’s Classic (formerly known as Doc’s of the Bay), Kenny’s Heart and Soul, and Fist of Flour the first week — will set up on the Harrison Street side of the park (between 19th and 20th streets) from 11 a.m. to 2 p.m., with a rotating lineup of trucks for every Wednesday thereafter.


Doc’s Classic owner Zak Silverman is organizing the pod, which had been defunct since last May. In an email, Silverman said he’s starting it up again mainly because he now has the time to adequately promote the event. The hope is that all three participating trucks will generate enough sales to make it worth their effort.

Meanwhile, a new food pod on Telegraph Avenue, near the Alta Bates Summit Medical Center, is also in the works. No start date has been announced, but organizer Kenny Stuckey (of Kenny’s Heart and Soul) said the pod should take place on Mondays and Wednesdays, also 11:00 a.m.–2 p.m.