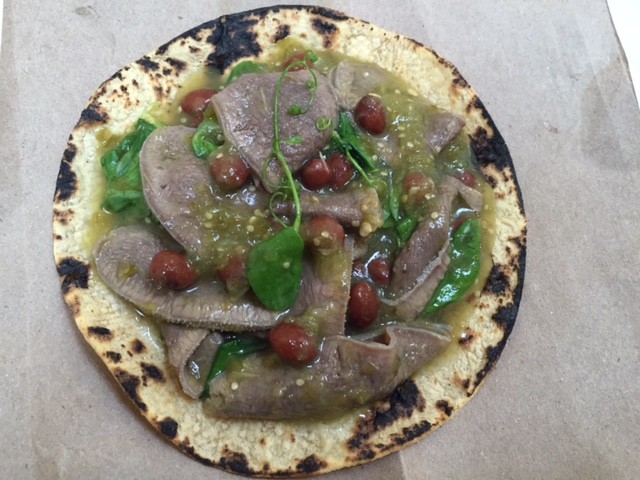 For the past six years, Jose Ramos has worked at some of the Bay Area’s most prominent farm-to-table Mexican restaurants — first, at San Francisco’s Nopalito, where Ramos was one of the opening chefs, and more recently at Oakland’s Nido (444 Oak St.), where he currently helps oversee the kitchen. Now, Ramos and his wife Elizabeth Tinajero — a culinary school grad and accomplished home cook in her own right — hope to bring their healthy, locally-sourced approach to Mexican cooking to a farmers’ market near you.

The business will be called León, after a city in Ramos’s home state of Guanajuato, Mexico, and while it will be based at a commercial kitchen in Emeryville, the project’s focal point will be a mobile taco cart that will allow Ramos and Tinajero to serve their food all over the Bay Area. The couple has launched a $9,000 crowdfunding campaign to help get León off the ground. 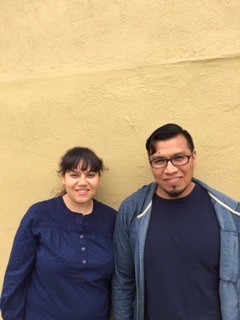 According to Ramos, there will be several different components to the business. In addition to selling a variety of tacos served on made-to-order corn tortillas, the farmers’ market stand will also carry a line of house-made salsas and moles that can be purchased by the bottle. Ramos said he also plans to do a variety of interesting pop-up events — one focused entirely on Mexican seafood dishes, for instance.

Meanwhile, the farmers’ market taco cart should offer a rotating selection of regional specialties not commonly found at Mexican restaurants in the Bay Area — certainly not at your standard taqueria. Examples he cited included Mexican-style blood sausages, mixiote (a barbacoa-like barbecued meat known for its deeply concentrated flavors), and tacos de canasta (“from a basket”) — small steamed tacos filled with different kinds of stew.

Most dishes will be served family-style — a plate of meat, vegetables, and fresh tortillas that customers can use to make their own tacos. There will also be a selection of seasonal salads; indeed, while some of the spices and dried chilies will be imported from Mexico, Ramos said he’ll use local and seasonal ingredients whenever possible.

If the crowdfunding campaign hits its $15,000 stretch goal, Ramos will buy a stone grinder and use it for grinding heirloom corn to make his own nixtamal — i.e., corn cooked and treated with slaked lime in preparation for making fresh masa, as opposed to the dried powder form used by many restaurants and commercial tortillerias. If that’s the case, León’s tortillas alone may be worth a trip.

The grinder would also allow Ramos to customize his masa based on the kind of tortilla he’s making — for instance, he would use a coarser version to make proper Guanajuato-style gorditas, or fat stuffed tortillas that are toasted on the plancha until they’re crispy. And Ramos said he’d eventually like to sell organic, GMO-free masa at farmers’ markets to customers who want to make fresh tortillas at home.

León is tentatively slated to launch in November. In the meantime, Ramos hopes to put together several preview pop-ups in the coming months.