Will Burger and Burrito Eaters Embrace a Fast Food Restaurant That Only Serves Produce?

At CORE Kitchen (499 14th St.), a new fast food restaurant opening in downtown Oakland, burritos will be wrapped in collard greens, and “pasta” dishes will feature zucchini that has been shaved into long, spaghetti-shaped strands. The absence of, say, actual spaghetti is central to the business, whose founders aim to create the world’s first 100-percent produce-based fast food venture — one they say will be “the world’s most nourishing restaurant.”

CORE Kitchen won’t be the Bay Area’s first vegan fast food joint, and it certainly won’t be the first fast food restaurant to emphasize healthy ingredients. But no fast food company has gone quite so far as to eliminate any ingredient that isn’t derived from fresh, whole produce. After all, most vegan restaurants serve veggie burgers on buns — heck, even gluten-free places usually offer some kind of non-wheat-based bread proxy.

CORE Kitchen, on the other hand, will use no flour and no cooking oils — in fact, they’ll use no ingredients whatsoever that aren’t derived from whole fresh produce, so cooks will crack open coconuts for dishes that use coconut milk. The menu will feature ten signature items that are based on familiar flavor profiles — from “Indian” (cauliflower, peas, garlic, cilantro, and tikka masala sauce) to “Southern” (sweet potato, collard greens, tomato, and BBQ sauce) — that customers can customize, Chipotle-style, by choosing their preferred edible “container”: a collard leaf burrito, zucchini pasta, a stuffed bell pepper, or a kale salad.

CORE Foods, the West Oakland-based company behind the venture, is best known for its line of meal replacement bars, which netted the company $1.5 million in 2013, according to the San Francisco Business Times. But for the past couple of years founder Corey Rennell and his team have contemplated making the leap into the fast-casual restaurant business.

“Anything that’s in a package or on a shelf is going to be second-best to a fresh, whole-food meal that’s made then and there,” Kai Itameri, the company’s chief business development officer, said. “We want to take it to the next level.” 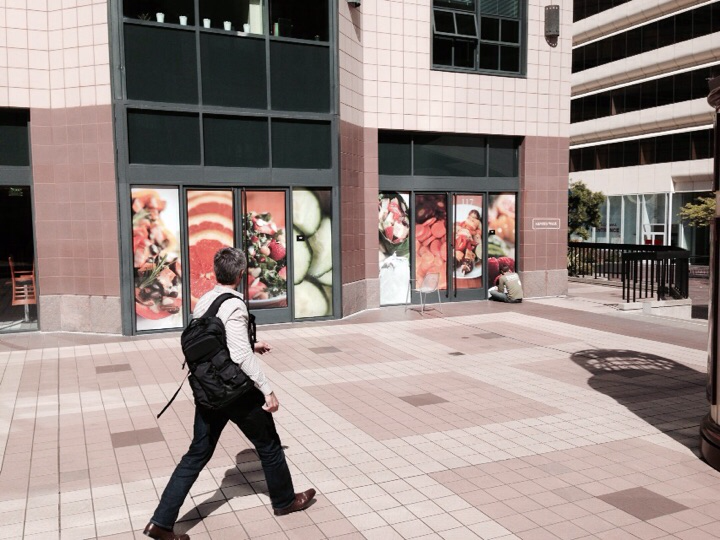 The “next level,” in this case, will be a takeout-oriented restaurant located in the Oakland City Center pedestrian walking mall — in a soon-to-be-combined space formerly occupied by Top Dog and two adjacent businesses. To help launch the restaurant, CORE Kitchen has started a $90,000 crowdfunding campaign, which as of this posting is about $10,000 shy of its target with two days to go. The goal is to open the restaurant by August.

Despite the fairly extreme constraints that the restaurant will operate under, Itameri insisted that the company doesn’t espouse any “extremist philosophy.” He explained that all the food at CORE Kitchen will be prepared using old-fashioned techniques that customers’ grandmothers would recognize — mainly grilling and steaming, it seems. And the company aims to keep prices low enough to attract customers of traditional fast food restaurants.

Will East Bay burrito eaters be lured in by the promise of a healthy, burrito-shaped object — even if it bears no other resemblance to a traditional burrito? Time will tell.