Mid-Week Menu: Indian Food with a Pedigree, an Ambitious New Diner, and Salumi with a Side of the Warriors’ Playoff Run 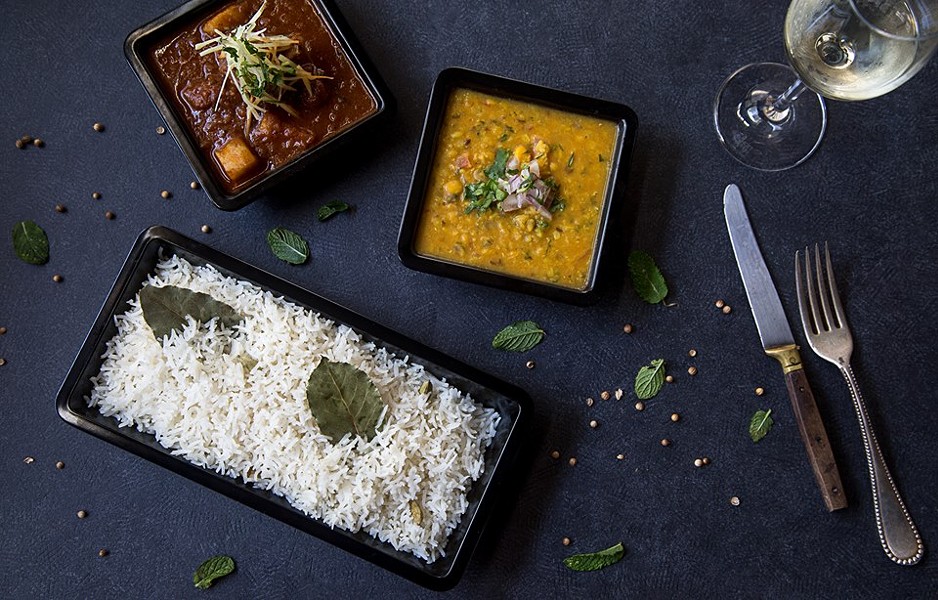 1) A Chowhound poster first caught wind of the fact that the Uptown Oakland space last occupied by the short-lived Captain and Corset — which closed abruptly with acrimony and ill will to spare — has been replaced by an Indian restaurant called Bombay B’s Indian Bistro and Wine Bar (2212 Broadway). Tablehopper reports that the restaurant is now open for business, with a menu that runs the gamut from curry-house-standard masalas and vindaloos to fusion-y street food dishes such as masala fries, naan pizzas, and curry-topped “Indian tacos.”

According to the Bombay B’s Facebook page, the chef is Bhupender Singh, former chef at Amber India (Mountain View) and the owner of Ambrosia Indian Bistro (Monterey) and Avatar Indian Grill (Salinas) — all well-regarded places. (He’s also the executive chef of Saffron, a Los Angeles-based chain of fast-casual Indian restaurants.) It appears that Bombay B’s is chef Singh’s first venture in the Bay Area.

2) As noted a few weeks back, the Laurel District diner Full House Cafe (3719 MacArthur Blvd.) recently ended its eighteen-year pancake- and omelet-filled run, and will replaced by a restaurant called Sequoia Diner. Inside Scoop reports some additional details about the new spot and its chef, Andrew Vennari, who cooked previously at Camino and Duende. The idea, Vennari tells Scoop, is to serve down-to-earth diner-style breakfast and lunch fare — but with seasonal produce and house-made bread, sausages, and bacon.

4) One more piece of evidence that it really is spring: The Uptown Oakland Farmers’ Market (1 Kaiser Plaza) will kick off its market season on Wednesday, April 15 — today — during its usual 10 a.m. to 2 p.m. time slot. Go buy some strawberries. 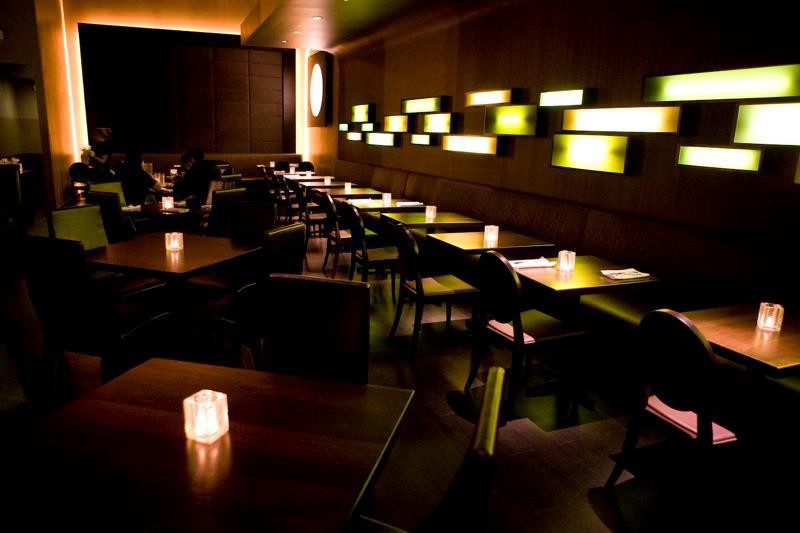 5) Bijou (1036 B St.), Hayward’s fanciest Cal-French restaurant, has a new chef: 26-year-old Hayward native Rodrigo Cedeño, who previously cooked at Vu and RN74 in San Francisco, according to a press release. The restaurant’s revamped menu includes such dishes as crispy pork belly with root beer and mint-cilantro anglaise ($12) and diver scallops with blistered grapes and pea tendrils ($20).

6) Are you excited about the nation’s first dedicated Japanese beer shop, which is part of the Japanese specialty import store Umami Mart (815 Broadway, Oakland)? If so, you might want to check out the “BOTTLE SYSTEM” opening party on Tuesday, April 21, from 6 to 9 p.m., during which Umami Mart will unveil its stylish and sprawling new 8-foot-tall shelving system where the shop’s vast bottled beer and sake collection will be displayed. The party will feature non-alcoholic drinks (the shop isn't licensed as a bar, unfortunately) and street eats courtesy of Casa de Kei.

7) Adesso (4395 Piedmont Ave., Oakland) is looking to reprise its success from last summer, when hundreds of soccer fans crammed into the Piedmont Avenue salumi bar at one point or other to watch the World Cup. Now, Adesso has announced that it will be running a similar promotion for what will hopefully be a very long playoff run for the hometown Warriors. The restaurant will show every game on two big TVs with full sound, and, to make sure no basketball fan goes hungry (or thirsty), there will be daily food and East Bay beer specials, as well as a St. George Spirits specialty cocktail menu.

8) One more Warriors-related sidenote: Ayesha Curry, lifestyle blogger and the wife of MVP frontrunner Steph, got the Food and Wine treatment this week. Apparently the Currys live in Lafayette Orinda, and Ayesha gave shout-outs to several prominent East Bay food businesses that start with the letter B: Bocanova, Bakesale Betty, and Blue Bottle Coffee.

9) Finally, ICYMI, I answered a reader letter about Korean barbecue and got the scoop on a fast-casual ramen shop that’s coming to Emeryville.