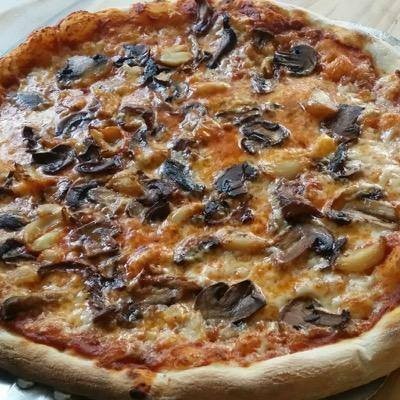 1) Buma’s (325 19th St.) — the New York-style pizzeria that chef Jon Kosorek has planned for the same tiny Uptown Oakland spot that housed his previous restaurant, Marrow — is now open for business, Inside Scoop reports. On the menu: slices, whole pies, a couple of salads, and — just in time for the Super Bowl — chicken wings (available in plain, hot, or “curry teriyaki”).

2) As we first reported last year, the idea behind downtown Oakland’s Analog (412 14th St.) was to create a restaurant and bar that celebrated old-school technologies: VHS cassette tapes, record players, cathode-ray-tube television sets, and so forth. After some delays, the place is finally open. Inside Scoop offers a first look at the sandwich-heavy, highly vegan-friendly menu, which features plenty of seitan but also versions of a Reuben and a BBQ pulled pork sandwich to satisfy the meat eaters. A vegan Sunday brunch is also in the works.

3) Also open in Oakland: Old Brooklyn Bagels’ new cafe and bakery located at 2228 Broadway in the prominent Uptown Oakland corner spot formerly occupied by Bakesale Betty. Similar to the shop’s Rockridge location, the focus is on bagels, bagel accoutrements, and an assortment of hot and cold sandwiches. The Uptown cafe also serves burgers and a full breakfast menu.

4) A new Cali-Indo-Asian restaurant called Tigerlily (1513 Shattuck Ave.) in Berkeley’s Gourmet Ghetto opened “ninja-like,” with no prior announcement, early in the New Year, according to Inside Scoop and Berkeleyside Nosh. Located in the former Mint Leaf space in the Epicurious Garden, the restaurant serves Indian and Asian fusion dishes with an emphasis on seasonal California ingredients — tandoori squid on squid-ink naan, tikka masala-inspired fried chicken, Meyer lemon congee, and so forth. There are also cocktails and punch bowls. 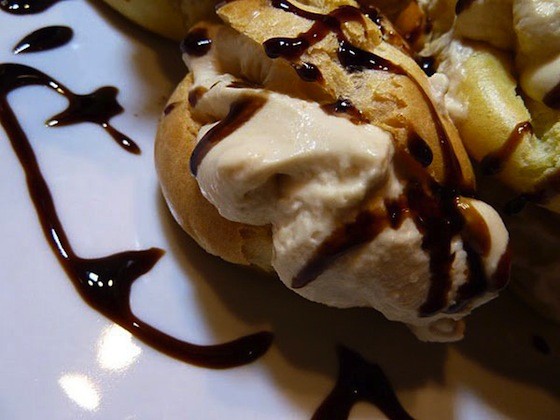 5) If you’re a foie gras lover (or hater), you’ve probably heard by now about the end of California’s ban on the uber-rich duck liver product. While some Bay Area chefs are slowly adding foie back to their menus, the S+S Gastro Grub’s pop-up dinner club will go all-out this Saturday, January 31. For $90 (plus a separate cash gratuity), you can feast on a five-course foie-focused dinner: foie soup dumplings, foie meatballs, and even foie ice cream. The event is 21+ and BYOB, with a secret location in Oakland that won’t be released until after you purchase your ticket.

6) For those looking for a communal space to watch the Super Bowl, consider the Oakland beer hall Hog’s Apothecary (375 40th St.), which will be serve a variety of chicken wings, pulled pork sandwiches, assorted dips, and, of course, plenty of West Coast craft beer starting from around 2:30 p.m. through the end of the game. Everything will be sold a la carte.

7) Sobremesa, the Barcelona-style pop-up series that we wrote about last fall, is hosting its latest seasonal pop-up dinner at Far Leaves Tea (2626 San Pablo Ave., Berkeley) at 7 p.m. on Thursday, February 12. This time the focus will be on Turkish-inspired mezes. You can reserve your $60, wine-inclusive ticket here.

8) Now that Oakland Restaurant Week is over and done with, prix-fixe fanatics can look to Berkeley, which is hold its own restaurant week from now through Sunday. Check out the list of participating restaurants offering $15/$20 lunch specials and/or $20/$30 dinner specials.

9) Berkeleyside Nosh reports that Berkeley’s recently enacted soda tax has had at least one immediate, concrete impact: No longer able to turn a profit selling bottles of soda for $1, the city’s Dollar Tree stores have pulled all sodas off their shelves.

10) Finally, ICYMI, I wrote about the Jack London district’s new country music destination, compiled a wish list for foods I’d like to see more of in the East Bay, and filed mini-reviews of three under-the-radar Oakland restaurants.