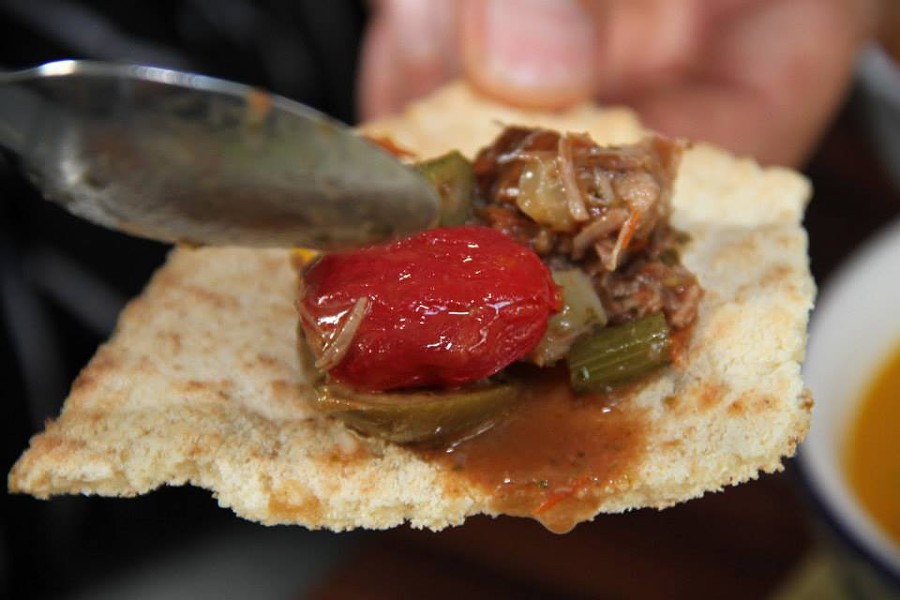 1) Diablo Dish got word that the Mission Heirloom Garden Cafe (2085 Vine St., Berkeley) — a paleo-friendly, grain-free, and gluten-free cafe and purveyor of prepared foods — is opening this week in North Berkeley. In fact, it appears that their first day of business is today, from 11 a.m. to 4 p.m. Check out my earlier story about Mission Heirloom for details about the owners’ food philosophy, which is premised in part on the idea that many conventional foods — not just GMOs and such, but also grains, anything with excessive umami, and even heated olive oil — are too toxic for human consumption.

3) A poster on Chowhound spotted a new Malaysian restaurant called Chilli Padi (366 8th St.) that's opening in Oakland Chinatown — and noted that it may have softly opened yesterday. Chilli Padi doesn’t appear to have any online presence yet, but it sounds like the menu will feature such dishes as coffee short ribs, Hainanese chicken, and fish wrapped in banana leaf.

4) Inside Scoop reports a couple of changes in Temescal: First, it appears that Doukkala (4905 Telegraph Ave.), the recently revamped “Cal-Moroccan” restaurant that I reviewed earlier this summer, has closed suddenly. Meanwhile, a restaurant called Iron Pan is taking over the old Aunt Mary’s Cafe spot at 4307 Telegraph Avenue. It sounds like the place will have a cafe-style menu, with crepes, sandwiches, salads, and boutique wines.

5) 85ºC, one of Taiwan’s most popular bakery cafes, is opening a branch at 21 Shattuck Square in downtown Berkeley, Berkeleyside reports. When I was living in Taipei, this was my neighborhood bakery, and if the US locations are anything like the ones in Taiwan, the store’s assortment of not-too-sweet Asian-style cakes — rather than its bread or coffee drinks — will be its real point of strength. The chain is named after the purported ideal temperature for serving coffee.

6) James Syhabout is opening a second location of Hawker Fare, his popular Thai-inspired restaurant, in San Francisco’s Mission district, at 680 Valencia Street, Inside Scoop reports. Fans of the Uptown Oakland original can expect a similar family-style menu format and a stronger emphasis on Northern Thai/Isan/Laotian dishes.