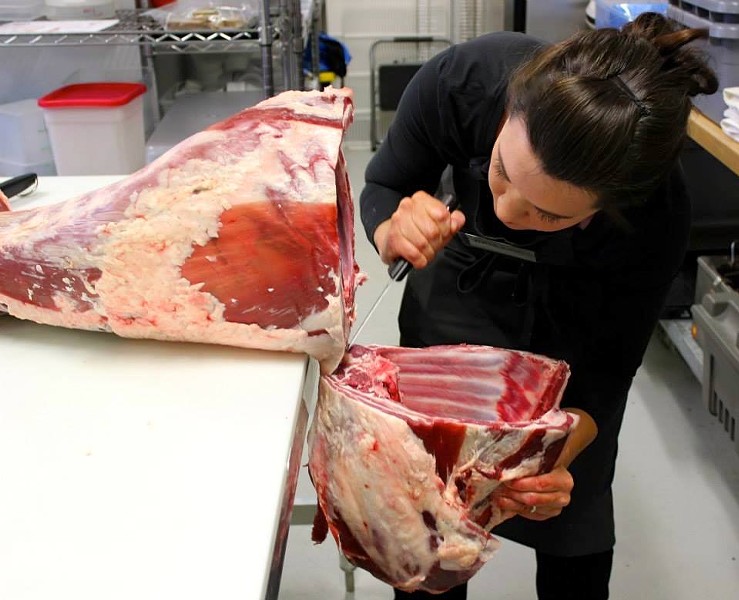 1) As previously reported in the Mid-Week Menu, Clove & Hoof (4001 Broadway), North Oakland’s schmancy new sustainability-minded butcher shop and whole-animal restaurant, is opening soon — as early as Wednesday, November 19, according to Inside Scoop’s latest update. Chef and co-owner John Blevins said he’ll be putting a “stoner emphasis” on some of his New American creations, which will include a kind of hush puppy stuffed with baked beans. Check out our preview of Clove & Hoof from back in March.

3) The Cajun-Hawaiian seafood boil specialist Hang Ten Boiler (2306A Encinal Ave., Alameda) has opened a new location in Hayward, at the Southland Mall. Hat tip to @jonkauffman, who pointed my attention to this delightful sequence of Yelp reviews.

4) Berkeley’s Triple Rock Brewery (1920 Shattuck Ave.) and Flux Cold Brew Coffee are collaborating on a new series of “coffee beers,” available on tap, Berkeleyside Nosh reports. Head over to the brewery to get your caffeine buzz and alcohol buzz all at once.

5) In other booze-on-tap news, Inside Scoop reports that the owner of Emeryville’s Rotten City Pizza is opening a new bar nearby, at 5885 Hollis St., that will have a rotating selection of six cocktails — served on tap. What a world! 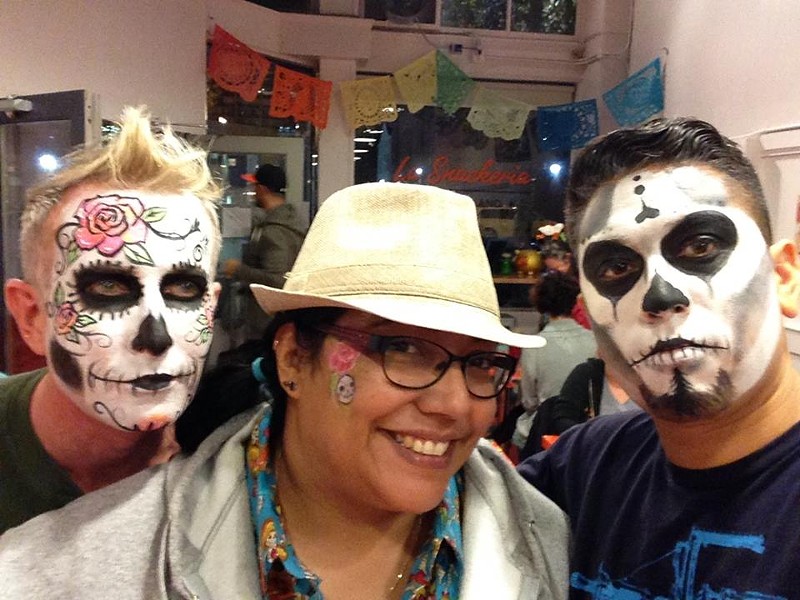 6) La Snackeria, Tina Ramos’ (aka Tina Tamales’) new “Chino-Latino” restaurant at 815 Washington Street in Old Oakland is having its grand opening on Thursday, November 13, from 6–9 p.m.

7) Inside Scoop has the details about the recent renovation at Oliveto (5655 College Ave.), where they’ve now installed the same high-tech sound system that has helped Berkeley’s Comal to manage noise levels in its dining room.

8) This week in dining for a good cause: Adesso (4395 Piedmont Ave.) is hosting a BBQ & Beer benefit event on Saturday, November 15, from 12–5 p.m., to raise money for Corey’s Crusade, which supports the development of therapies for ALS (aka Lou Gehrig’s Disease). The barbecue will feature porchetta, house-made sausages, a spit-roasted pork leg, a selection of salumi, seasonal salads, and $5 Lagunitas draft beer. All of the food will be sold a la carte, and there will also be a raffle for a whole, butchered Devils Gulch Ranch pig.