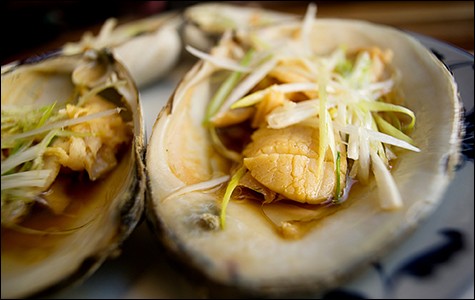 Of the 78 restaurants honored, fifteen are located in the East Bay, including four newcomers: Iyasare, Michel Bistro, China Village, and Great China. (The latter two are both Chinese restaurants that reopened in the past year after an extended post-fire absence.)

The Bib Gourmand designation is meant to recognize restaurants where you can get two courses and a glass of wine or dessert for $40 or less — though that often feels like a somewhat arbitrarily applied benchmark, as a handful of restaurants on the list are truly budget-friendly, while others are quite expensive.

Be that as it may, here are the East Bay restaurants that made the cut:

You can check out the entire Bay Area list here.

The Bib Gourmand honors come in advance of next Tuesday's Michelin star announcements, when we'll find out, among other things, whether James Syhabout's Commis retains its status as the East Bay's only Michelin-starred restaurant.