What’s Eating You: That Brunch Rut 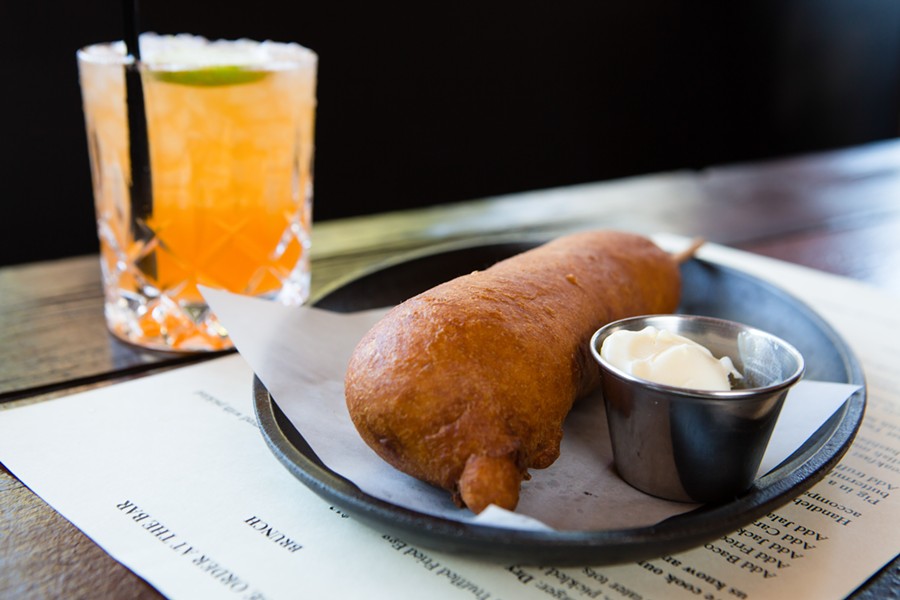 As The Express’s designated food guy, I get my fair share of emails and tweets from readers asking for restaurant recommendations and other food-related advice — where should I bring great-aunt Sally, who is hard of hearing and only eats organic food; what Oakland restaurant serves a good version of [insert obscure international food item]?

Recently, a colleague suggested that some of these letters — and my responses — might be of general interest. So, today I’m launching a new recurring column, What’s Eating You, wherein I provide incredibly helpful answers to your most pressing East Bay-centric food questions.

Send your questions to Luke (dot) Tsai (at) EastBayExpress (dot) com, with the subject line “What’s Eating You.” I’ll try to respond to as many as I can in one form or another. And every couple of weeks I’ll pick out a letter to highlight on What the Fork.

Without further ado, my first reader question comes from Ellen Cushing in Oakland (who, in the interest of full disclosure, is a former Express staff writer and all-around awesome human being):

I am in a massive brunch rut and know there are like 10,000 new restaurants in the East Bay that I have yet to try. Do you have any rad brunch recs beyond the Aunt Mary's-Chop Bar-La Note axis of sameness?

What is it that makes even the most adventurous eaters among us such creatures of habit at 11:00 a.m. on a lazy Sunday? But never fear — here are a few possibly-new-to-you weekend brunch options that serve something other than your standard bacon and eggs, gussied-up French toast, and Eggs Benedict variants.

Three words: Hash. Brown. Patties. Handlebar is Fivetenburger proprietor Roland Robles’ new West Oakland bar, and his truffle-oil-infused hash brown patties are crispier and more flavorful than the ones you secretly love at Mickey D’s. Robles also makes a killer breakfast sandwich and a deep-fried version of a pig in a blanket — served with maple syrup infused butter for dipping — that might be the most decadent brunch indulgence around. And Handlebar is the only place I know of that serves a Monday brunch (for bar and restaurant industry folks, but all are welcome), during which every customer gets a free brunch cocktail.

It’s not widely known, but Kingston 11 just launched brunch service on Sundays, from 11 a.m. to 4 p.m. A word to the wise: The one time I went, there was super-loud live music, which was totally enjoyable, but if you’re hoping for quiet conversation, you might want to call ahead and ask. Regardless, I’d return again and again for the restaurant’s signature Jamaican Breakfast — a kingly spread of saltfish and ackee; plantains; bammy (cassava flatbread); and dense, biscuit-like fried dumplings.

This Provence-style bistro and relative newcomer to the Grand Lake neighborhood’s burgeoning food scene serves more interesting brunch dishes than your typical French restaurant. Yes, there are omelettes and excellent pain perdu, but also tasty open-face sandwiches and, if you’re up for it, bison tartare. Pardon me for quoting myself: “Would you believe me if I told you that a plate of bison tartare makes for a refreshing — dare I say reinvigorating — start to the day?”

Gaumenkitzel isn’t exactly new, but the German restaurant is so thoroughly underrated (especially for such a pleasant, airy space) that I try to mention it as often as I can. The brunch menu features wholesome, elegant versions of traditional German breakfast dishes: spaetzle with soft-scrambled eggs and senfeier, or boiled eggs in mustard sauce. Bonus points for being one of the most kid-friendly restaurants around.

At Bartavelle, the outdoor seating (with a view of the Acme Bread parking lot) is about as casual as it gets, but the shareable meat boards and the avocado toast are good enough to merit a special trip. Aside from daily specials, the menu stays pretty consistent, but of course the restaurant is extra busy on weekends. A pro tip, then: Make sure you arrive early enough so that they haven’t run out of the best breakfast items (i.e., the savory porridge), or else late enough — after 11 a.m. — that they've started serving lunch.