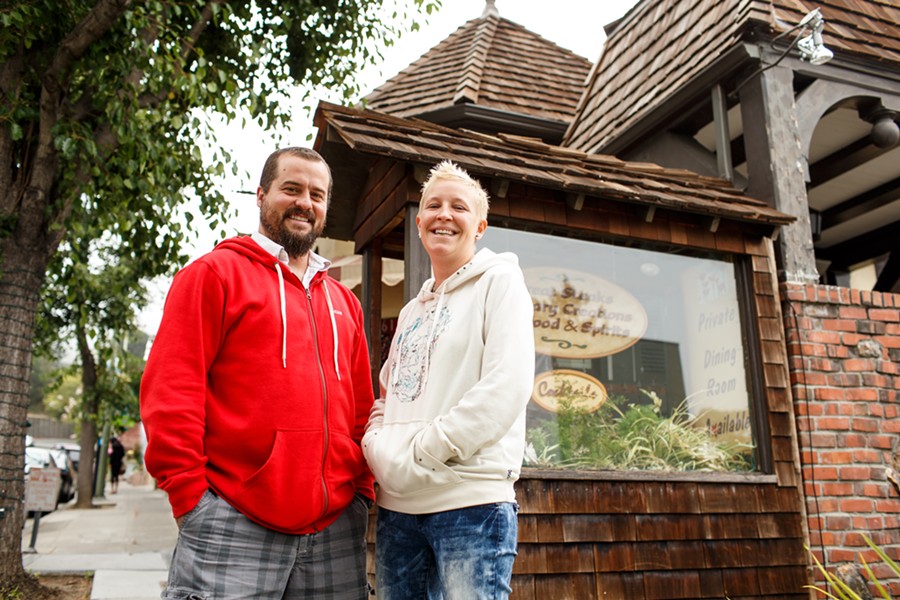 With all of its virtues — its sweeping bay views and old-fashioned charm — Oakland’s Montclair neighborhood has hitherto not been known as much of a dining destination. Two longtime Montclair residents, Tracey Belock and Joe Schnell, hope to change that when their new restaurant, Chowhaus (6118 Medau Pl.), replaces Oakland Hills stalwart Montclair Bistro later this fall. Mostly, though, the husband-and-wife team hopes to create something they believe their neighborhood has been missing: a family-friendly community gathering place.

According to Belock, best known for her recent gigs as head chef at Tribune Tavern and the now-shuttered Disco Volante, she and her husband drew inspiration from the chop bars (roadhouses/neighborhood hangouts) of West Africa and the gasthouses — family-owned, community-oriented taverns — that are found in many small German towns. And so Chowhaus will be a seasonally focused restaurant in the typical Northern Californian farm-to-table mold, but more than that it will be a place that’s available to the community from morning to night — for everyone from commuters who want to grab a cup of coffee in the morning to teenagers who’d like to have a corn dog as an after-school snack.

“We want the place to be open all day,” Belock said.

Belock will run the kitchen, and Schnell, who most recently worked as a private chef, will man the front of the house. In the mornings, there will be coffee (courtesy of a well-regarded Bay Area “third wave” roaster, still to be determined), house-made pastries, and some other light breakfast fare. For lunch, there will be interesting sandwiches that will feature house-made bread and the products of what Belock says will be a fairly extensive in-house charcuterie program.

Belock said she plans to build upon her recent experience in elevating bar- and tavern-style food, but that the Chowhaus menu will also draw on German, Italian, and Southern influences. Likely dishes will include Belock’s takes on pork schnitzel, chicken pot pie, and a Scotch egg (crispy house-made sausage wrapped around a soft-yolked egg). There will also be fresh pastas — again, all made in-house — and a variety of vegetarian options.

Meanwhile, the restaurant will have a full liquor license. Craig Lane, the bar director at San Francisco’s Bar Agricole, will create the cocktail list.

Belock and Schnell will take over the restaurant at some point in September, at which point they’ll take on a fairly extensive remodel of the interior — most notably, they plan to open up the ceiling to reveal the building’s original wood beams and skylights. They expect to be ready to open by mid-November.