The Grease Box Is Now a Gluten-Free Bakery

In the past two years, The Grease Box (942 Stanford Ave.) gluten-free food business has gone from being a jury-rigged fried-chicken street cart that popped up every now and again to a full-fledged barbecue restaurant in North Oakland. Now, owner Lizzy Boelter is reinventing her business again — this time as a gluten-free bakery.

Boelter said that her breads and pastries have consistently been some of the restaurant’s most popular items, and that customers were always asking her to make more of them. When she was doing dinner service six nights a week, she just didn’t have the time — and, Boelter admitted, the neighborhood around Grease Box never got enough foot traffic at night for her barbecue dinners to really catch on. 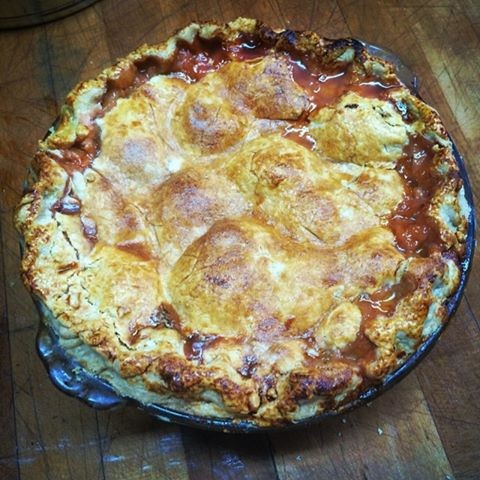 What Boelter realized, too, was that even though gluten-free pastries are increasingly prevalent, most of what’s out there still wasn’t being made with all-natural ingredients, and wasn’t up to her standard. So she decided to scrap the restaurant concept and focus on expanding her line of baked goods.

“I mean, eggs and bacon are already gluten-free, so that’s not so special, you know?” Boelter said.

New items of note include house-made bagels, which Boelter boils and bakes using the same dough she uses for her breads, made with brown rice flour, tapioca flour, and psyllium husks — no xanthan gum. Boelter is also making a variety of fruit pies that have an all-butter crust she claims is “perfectly flaky,” despite having replaced the usual wheat flour with a mixture of millet, tapioca flour, and sweet white rice flour.

Don’t worry, though, if you’re a fan of Grease Box’s gluten-free fried chicken. Boelter said that it will still be available for lunch every day. On weekends, the bakery cafe will also continue to serve its full brunch menu, complete with table service, and there will be a couple of simple hot breakfast options during the week.