1) This Friday, March 7, North Oakland is getting a new corner store — or Corner Market (6040 Telegraph Ave.), to be exact. Owner Rebecca Stevens is a chef whose recent experience includes stints at Poulet and Local 123, both in Berkeley. She told What the Fork that Corner Market will be a general store, selling everything from potato chips to pantry basics, fresh produce, and cleaning products. To start out there will be a particular emphasis on snacks — things like Crispy Cat candy bars, Chocolove chocolate bars, Ya-Ya's Popcorn, Seasnax, and Justin's Nut Butters squeeze packs. While Corner Market will sell a few “artisanal” items, like Honey Badger’s Illegal BBQ Sauce (made, by one of her friends, in Oakland) and honey provided by local beekeepers, Stevens said that in general, because she wants to serve North Oakland, she’ll probably avoid carrying too many high-end products. 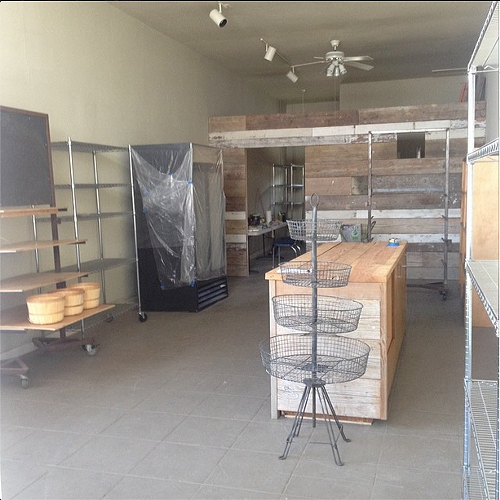 Produce will be local and seasonal but not necessarily organic. Stevens said she also eventually hopes to offer drip coffee, house-made pastries, and kombucha on tap. Check out the Corner Market Facebook page for updates.


2) Are tiki bars making a comeback? Just weeks after Hawker Fare announced its revamped tiki-drink-focused cocktail program, Tablehopper brings news of Longitude, a genuine tiki bar that will open later this spring in downtown Oakland, in the former Disco Volante spot (347 14th St.). The owner is tropical mixologist Suzanne Long, who previously ran the bar program at Alameda’s Forbidden Island Tiki Lounge. In addition to tropical cocktails and an international whiskey and rum selection, Longitude will serve food, too: Long told What the Fork that the hearty, internationally-inspired pub menu will include things like mac ’n’ cheese, shepherd's pie (meat and vegetarian), m’bazzi pea beans in lettuce (a Kenyan recipe), and fried plantains in a creamy black bean sauce. (Hat tip to Diablo Dish, which first sleuthed out the tiki connection several weeks ago.)

3) In other bar news, Inside Scoop reports that Capone’s Speakeasy (1400 Park St.) — actually a huge, 7,000-sq.-ft. restaurant and bar — is coming to downtown Alameda in early April. The place will have a 1920s theme, with female staff decked out in flapper dresses and men in vests, and it sounds like the food and drink will have a similar throwback feel. According to a press release, chef Nicholas Koliopoulos’ menu will be small-plates-focused, featuring things like bacon-wrapped lobster tail, sizzling pork ceviche, and chocolate-covered strawberries. There will be a dance floor.

4) According to Diablo Dish, Oakland’s Commonwealth Cafe and Public House is opening a second location early this summer, in the old Cafe Biere space in Emeryville (3986 Adeline St.). Because this location has a full kitchen, the pub-food offerings will be more extensive and will include things like fish and chips and mussels and fries.

6) Berkeleyside Nosh reports that Farm Burger, an Atlanta-based chain, is opening its first West Coast location in the upcoming Gilman District retail complex, at the intersection of 10th and Gilman streets in West Berkeley. The restaurant is known for its grassfed burgers and its use of local and seasonal ingredients. Look for a September opening. 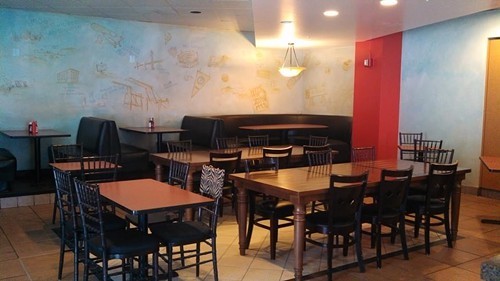 7) Downtown Oakland has some notable burger news of its own, courtesy of Tablehopper, which reports that Crossburgers (300 Frank H. Ogawa Plaza, Suite 150), a burger restaurant from Eddie Blyden (formerly the chef of Miss Pearl’s and several other Bay Area restaurants), is now open. Options include Blyden’s signature burger (made with a custom beef blend), a fried chicken sandwich, and a twist on a Cuban sandwich. Check out the menu here.

8) This Sunday, March 9, from 2:30-5 p.m., Jack London Square’s Market Building (55 Harrison St., Oakland) is hosting the Oakland Bacon and Beer Festival, which will feature a host of local restaurants, mobile food vendors, and breweries. Alas, the Oakland Grown-sponsored event is completely sold out as of yesterday, though you can still add your name to the waiting list and keep your fingers crossed.

9) Bay Area Bites has the story of the latest exploits of IBM’s Jeopardy!-dominating supercomputer, Watson, who, as it turns out, is now dabbling in the culinary arts: He’s been reprogrammed to come up with recipes that make use of unlikely (but still delicious) ingredient combinations, resulting in dishes like a pork belly moussaka (with cottage cheese! and dill!). The computer-generated recipes are currently being served off a food truck that will next appear this weekend at SXSW Interactive.

10) ICYMI, Bites in Uptown, a new food pod for Oakland First Fridays, is starting this Friday, and the owners of Farley’s East told What the Fork why they recently pulled the plug on their family-friendly, alcohol-free restaurant project.