The Kitchen Sink: Two Openings and a Sweet Jimmie's Update

Stuff your face in new and exciting ways! Here's this week's roundup of openings, closings, and other food-related miscellany:

Rockridge wine bar Toast (which we wrote about in a cover story a couple months back) officially opened for business on Tuesday and is offering 30 wines by the glass, red wine on tap, and a smallish tapas menu. Eater SF has graciously uploaded a PDF of the opening menu here and has plenty photos of the space (at 5900 College Ave.) here. 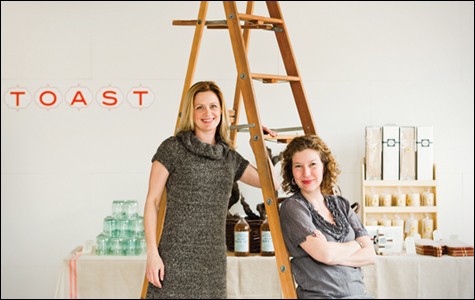 The folks behind adorably named Pleasant Hill tapas-y place Nibblers Eatery & Wine Bar are opening a new "farm to fork" restaurant in the space most recently occupied by (dearly departed) Locanda da Eva. According to Diablo Dish, the restaurant, opening sometime this summer, will be called Origen and will focus on local, sustainably sourced, smallish plates:

Origen will offer a daily changing prix fixe menu in addition to a la carte options with an International flair that will also include casual fare such as a burger and wood fired pizzas to take advantage of the existing brick oven.

And now, a break in our regularly scheduled programming for something much less happy than wine and tapas and sustainable deliciousness: as we (and every other news outlet in a 50-mile radius) have previously reported, a shooting early Monday morning at Jack London bar-restaurant Sweet Jimmie's left two dead and four wounded. Yesterday, the OPD revised its description of the gunman's getaway car — it was apparently a white Camry, not an Avenger — and police and crime stoppers are offering a $40,000 reward for anyone who has information that leads to the killer's arrest. UPDATE, 6:12 p.m.: Sweet Jimmie's is open again, as of Friday evening.

Review Revue: The Chron's Michael Bauer makes a rare trip to the wild hinterlands of the East Bay for his Sunday review and ends up giving Hudson a respectable two-star rating...The CoCo Times hits up Southie for its Cheap Eats column, and finds the food to be "fresh, hearty, inventive"....Slice waxes philosophical on the great East Coast-West Coast pizza divide and ultimately says Berkeley's Gioia "should be the prototype for a lot more pizzerias"...and finally, Bay Area Bites has this to say about the Cuban French toast at Caña: "Think about the most magical french toast you've had and multiply that experience by two."

Table scraps: Oakland's Ozumo's now offering a prix-fixe Sunday menu, per Bunrab...SFoodie shouted out Adesso's lonza, or cured pork loin, in its ongoing series on the 92 best dishes in the Bay Area...Chez Panisse is auctioning off the opportunity to be a "Chef for a Day" charity; the current high bid stands at $275...and in tangential food/pop-culture news: The guy who plays Ted Mosby on How I Met Your Mother is apparently friends with the people who run the local raw-vegan restaurant chain/alleged cult Cafe Gratitude. Says he in a recent CBS 5 video segment: "you just feel a vibe of love and goodness when you walk in there." Awww.