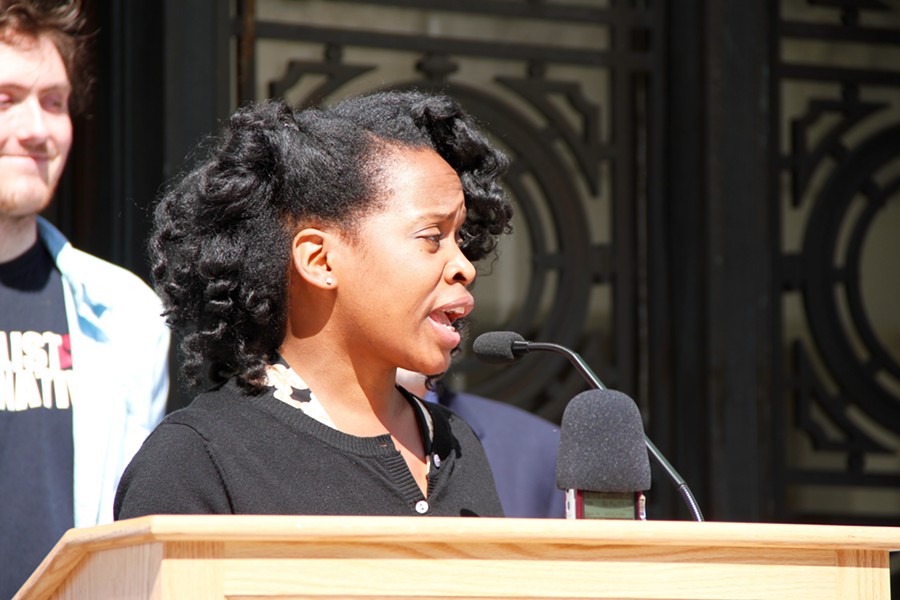 1. Violence erupted in several locations in Oakland late Tuesday night as local and presidential election returns streamed in. Gunfire was reported in three locations, including an attempted break-in of a cannabis dispensary near the Oakland Airport where a security guard was shot, KTVU reports.

2. Housing activist Carroll Fife is heading toward a likely upset of Oakland District 3 Councilmember Lynette McElhaney. Early returns show Fife, who was strongly backed by labor unions, leading McElhaney, 48-32 percent in the five-person race with many votes yet to be counted. Roughly 38 percent of all ballots in Alameda County have been counted, as of late Tuesday night.

4. In Oakland's District 7, Treva Reid, the daughter of Councilmember Larry Reid, leads a five-person field with 36 percent. The East Oakland district will be decided by ranked-choice voting. Bishop Bob Jackson is second with 24 percent, followed by Aaron Clay at 16 percent, Marcie Hodge at 14 percent, and Marchon Tatmom at 9 percent.

5. The makeup of the revamped Oakland Unified School District Board is likely to include Sam Davis in District 1, VanCedric Williams in District 3, and Mike Hutchinson in District 5. A much closer race exists in District 7 where Clifford Thompson narrowly leads Ben Tapscott by less than two percent.

6. Measure S1, the Oakland charter amendment giving additional powers to the Oakland Police Commission received overwhelming support on Tuesday night, winning more than 80 percent of the vote. Meausure QQ, which allows 16- and 17-year-olds to vote in school board elections also passed, as did, Measure RR, which removes caps on code enforcement fines.

8. Alameda moderates struck back against a growing progressive political movement on Tuesday. Measure Z, a charter amendment to repeal housing restrictions approved nearly 50 years ago, is heading toward a clear defeat. In the island's at-large City Council race for two seats, Councilmember Malia Vella is in the driver's seat for re-election, but Councilmember Jim Oddie is currently a close fourth. Former Alameda Mayor Trish Herrera Spencer is currently second in five-person race where the first-place and fifth place candidate is separated by only five points. $$ = Stories you may have to pay to read.